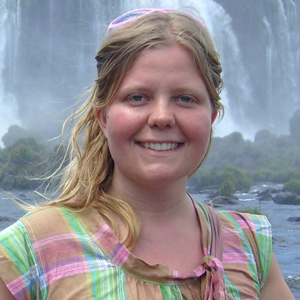 Mirva Lempiäinen fell in love with beaches of all kinds during college. Her passion caused her to build a career and friend base that allows her to travel to sandy destinations almost as often as she’d like.

I’m a 33-year-old freelance journalist from Finland. I’ve been actively roaming the globe for almost 15 years, and have visited around 70 countries (so far). Currently, I’m spending the winter on the French island of Guadeloupe in the Caribbean which suits me quite well.

I have a bad beach addiction: over the past decade I’ve spent months every year on tropical beaches around the world. You could say I’m perpetually in search of the perfect beach. I’m also a New Yorker now (and surprisingly to many, New York actually has some pretty nice beaches, too!).

My beach addiction. I grew up on a small island in Finland, and we often took family trips to sunny destinations like Turkey, Greece, and the Canary Islands. I started college in San Diego, California and fell in love the with the eternal sun, the palm trees and the beach life. Then I transferred to to Flagler College it St. Augustine, Florida – another beautiful beach town. By that point, I was hooked.

Over the past 10 years I’ve have traveled extensively in Australia, Asia, South and Central America, Africa and the Caribbean. I’ve seen some pretty amazing beaches. My favorite beaches are those in the Maldives, Guadeloupe, and Cuba, but there are many runner-ups.

Can you describe what it is about beaches you love so much?

Beaches make me feel free and child-like. I love swimming, jumping into the waves, and lying on the sand watching clouds go by. Beaches remind me of the beauty in the world. Because of this, it makes me really upset to see trash on beaches and I often end up on beach clean-up operations, which can lead to interesting encounters.

In Guinea-Bissau, on the island of Bubaque, I started picking up broken glass from the town beach, and soon I had about a dozen kids cleaning with me. It became a competition to see who gathered the most trash and glass. Local adults looked at us puzzled. I hope seeing kids clean the beach made some of them think twice before tossing their next beer bottle into the sea.

Have you met anyone who doesn’t love the beach?

In early 2013 I toured Central America and wound up staying on a deserted tropical island for two nights in the super beautiful Pearl Keys archipelago. The only resident of the island was its caretaker: a local man in his mid-30s who had been hired to look after the island’s closed luxury hotel.

There was no electricity or running water and this man only had one friend nearby, a fellow island caretaker about 10 minutes away by boat. The two guys met up every week but only got to visit the mainland once a month. To them, this picture-perfect paradise with its palm trees and turquoise water and bright starry nights was like a jail.

I do translations and editing, and I write articles about travel, culture and social issues for magazines and newspapers in Finland. I’m a frequent contributor to Finland’s biggest newspaper Helsingin Sanomat, and I write a monthly calendar of events for Finnair’s in-flight magazine Blue Wings. In addition to working on the road, I keep my expenses low by staying longer in cheaper destinations and using Couchsurfing as often as possible.

My lifestyle means I’ve held office hours on tens of beaches, in hammocks and by swimming pools, on a mountaintop in Guatemala, and in a jungle hut in Senegal.

Do you do any travel hacking?

I got into the airlines miles and points game about a year ago after watching Chris’s spectacular seven-hour lesson online. In fact I watched it twice to make sure I didn’t miss anything. My life hasn’t been the same since: my miles enabled me to take a last-minute trip to attend a Bachata festival in Dominican Republic last year, where I met my French boyfriend who lives in Guadeloupe. The airline miles have also played a crucial part in us being able to sustain our geographically demanding relationship over the past year.

[Ed. note: Thanks, Mirva! Everyone else: We’ll be doing an all-new Creative Live course soon. Sign up here for the first notice and early registrant bonuses.]

How many points do you have? What programs do you use?

Compared to hard-core travel hackers I’ve met, I’m a mere novice. I’ve accumulated about 400,000 points in a variety of programs: Ultimate Rewards, Starwood, Membership Rewards, American Airlines, US Airways, and Delta. Having developed good credit in the U.S. over the years by paying off my bills on time, I’ve been able to get tons of credit card sign-up bonuses. I’ve accrued most of my airline miles this way, but I also utilize various airlines’ online shopping and dining programs.

Recently, I completed a “Dining Dash” of my own in New York last year and achieved VIP status with American Airlines dining program in one day after reading about Chris doing it.

Do you have an encounter from the road that sticks out in your mind?

While in Trinidad & Tobago late last year, my local hosts were thrilled to hear my stories of celebrating Carnival in their country. I told them about my wining and liming (local words in Trini for dancing and partying), being covered in cocoa powder during the J’ouvert celebrations, eating “doubles” for breakfast (which is a chickpea-filled flat bread sandwich), and retreating to Tobago’s beaches to recover. My hosts asked to check my passport to see if I really wasn’t from Trinidad after all.

It was great to experience such camaraderie with new friends, and it goes to show that each place I visit does in fact change me a little bit. These days I feel like I’m a bit of everything in addition to being Finnish: part American, part Caribbean, part Latina, part European, part Asian, part African. I have a global community of connections to tap into: I can show up in almost any part of the world, and I’ll most likely know someone there, or be connected to friends of friends there.

What does being a “bit of everything” look like when you’re on the road?

It’s amazing to be treated like part of each nationality’s gang. I’m usually the only foreigner in my Mexican friends’ gatherings in New York, yet my American friend living in the UK said meeting me eased her homesickness as I was a fellow yankee. In Senegal I was making small talk with locals in Wolof and was told I was like “a Senegalese lady.” A Nicaraguan fisherman from the Caribbean coast said I reminded him of his daughter.

In Cuba people assumed I was an expat instead of a tourist, and I was invited to eat in people’s houses for free and to drink rum on the Havana Malecon. In Guatemala people laughed at the Cuban accent I had while speaking Spanish. I have “homes away from home” in Istanbul and Sao Paulo that I love visiting.  I’ve met hundreds of people from all walks of life and made some really good friends.

How do you cultivate your global community?

By keeping in touch with people no matter where I travel. This means new friends, often via Facebook, and old friends too. For as often as I’m expanding my social circle, I’m also writing long emails or using Whatsapp to connect with people I’ve known a long time. If I were paid $1 per hour for the time I spend writing friends, I would easily be a millionaire by now.

I also think keeping a home base in New York is key. Many people I’ve met abroad have wound up crashing with me – I’ve had hundreds of visitors there, several who have repaid the hosting favor over time.

And part of keeping my community global is having friends and family travel with me. In 2010 my dad and I took a month long train trip through Russia, Mongolia, and China. My boyfriend and I make our relationship work by being willing to try and be in the same place at the same time as often as possible. It’s magical to have a love for which country borders are not barriers.

Dubai, Istanbul, and Oman are the list this month, but other places will surely crop up. The cool thing with using airline miles is that you can plan things at last minute without paying exorbitant flight prices!