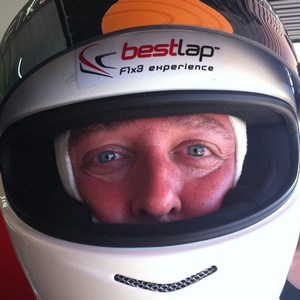 When I first began galavanting around to every country in the world, there was one guy who quickly became my go-to expert on the South Pacific. Gary Arndt knew every island, even the tiny ones that weren’t technically countries. He and I have both been traveling ever since.

My name is Gary Arndt. Originally from Wisconsin, I maintain my midwestern pride by being a part owner of the Green Bay Packers (I own one share of stock!). I’ve always had a love of adventure, but before traveling full time, my love looked a lot different: I amassed one of the world’s largest collections of National Geographic Magazines and National Geographic memorabilia.

Since 2007, I’ve been traveling around the world, visiting over 105 countries and setting foot on all seven continents like it’s my job… because now it is. Despite knowing nothing about photography before departing the USA, I now make money from my images and writing about the places I go.

What inspired you to leave home and travel?

Prior to traveling I had an early internet company (very early – I started it in 1994). I sold my business in 1998 to an international tech company. They decided to send me around the world to visit their global offices and talk about web application development. For the first time in my life I left North America and saw Tokyo, Taipei, Singapore, Paris, Frankfurt, Brussels and London. The experience stuck with me for years.

After a brief stint in a Geology PhD program, I decided graduate school wasn’t for me. But I was in my mid 30’s and didn’t really know what to do with my life. Remembering how incredible the world tour had been, the idea of extended traveling came up. I sold my home, put my stuff in storage, and hit the road.

How did you grow from being a complete novice to a professional photographer in seven years?

The process of improving your photography is iterative. It begins with being very self critical. Too many people think the photos they take are good, just because they are their photos. I’ve taken a TON of bad photos. Tens of thousands of bad ones. Most of them never see the light of day, but all of them are a teaching aid to some extent.

When I started taking pictures, I tried to figure out what I did right in the photos that were good and what I did wrong in the photos that were bad. I also studied and analyzed the work of great photographers to try and reverse engineer what they did in terms of composition, settings and editing. Despite having won many major travel photography awards, I’m still extremely critical of what I create.

Tell us a memorable story from the road:

Here’s one I never could have imagined: Earlier this year I was staying at a hostel near Victoria Falls in Zimbabwe. After dinner they gave everyone $50,000,000 in old Zimbabwe currency, which was printed several years ago when they had hyperinflation. $50,000,000 was worth less than a napkin!

For the first several years of my time on the road, I paid for everything from the savings I had from selling my business and my house. Now about half my travels are sponsored. I work with tourism boards who want to have images of their destination shared with my online audience.

Have you learned anything during your travels?

Culture is very important, yet we often forget about it. There is an assumption in some United States media that the rest of the world is like “us” in that they will respond to the same incentives as we would. This isn’t always true. How people deal with me or someone else in a 1-to-1 manner is very different to how they may deal with society as a whole.

To use an example: I was in Hong Kong several years ago when I walked past a Burger King that was full of flowers. It looked like a wedding or a funeral, both of which would be really odd to have at a Burger King. I went inside to check it out and eventually found a flower bouquet with a card in English which said “Congratulations on your grand opening!” A new business was a reason for celebration.

But then on the island of Savai’i in Samoa, I noticed that there was almost no evidence of commerce outside of the area around the ferry terminal. When I asked my cab driver about it, he said that his village and family take 90% of his salary. There was little incentive to work. Many Samoans migrate to New Zealand or elsewhere and send money home because they can earn more and are away from the culture which dictates that most money go to their village. No one was rewarding entrepreneurship.

1) The ability to adapt is more important than the ability to plan. Things will not go according to the plan, guaranteed. If you can adapt and go with the flow, you will enjoy yourself more.

2) Don’t try to be cute when going through immigration. Anywhere.

The next two months will be busy. Cancun, then Toronto, Turks and Caicos, Ireland, Malta, Cyprus, Greece, Albania, Macedonia, Kosovo, Serbia and then London.

After that I’m taking it easy for a little bit. I might be going to Haiti and the Dominican Republic in February. In between I still haven’t figured out where I’m going to be.