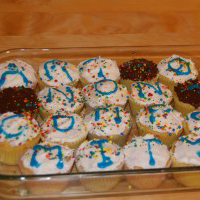 Hi from St. Louis, Missouri, where I’m back on the road for a big swing through the Midwest and Great Lakes region. Between the World Domination Summit launch and getting back on the tour, it’s been a big week over here.

If you’re new to AONC, regular articles are posted on Mondays and Thursdays. I often use Sundays for a weekend update about my business, UnconventionalGuides.com. For the rest of 2010 I’m not doing much business work, so I’ll use this space more often for updates from the book tour.

From a random motel in Des Moines, Iowa, I got up early on Friday and worked virtually with Reese and Nicky to virtually to launch the World Domination Summit site. This project has been in the planning stages for a long time, and now it’s finally moving to the action stage. Next year we’re bringing at least 400 people to Portland, Oregon for a weekend gathering, which is no small project.

I wanted to keep the launch day fairly low-key, because I wasn’t sure what to expect. That goal was the only part of the day that was unsuccessful… it was definitely not low-key!

The first server crash came right after the first Tweet, when everyone jumped on the site at the same time, and we had several other crashes during the day. Nicky kept busy moving the site between servers (twice) and trying to keep up. Someone on Twitter said when they went to the site and saw ‘Database Error’ they thought it was a sign that World Domination has been successful. Ha! But no, the site was just down, and now it’s back.

We did a special Pioneer Registration for the first 150 attendees, and within the first 20 minutes, 35 people signed up. Throughout the day more and more people registered, despite the server problems and slow-going of the site. Less than 24 hours later, the 150 spots were taken and we moved on to regular registration.

Design Props: Reese and Nicky really did a fantastic job with this project. Even if you’re not interested in the summit, you should check out the site to see the genius work that they did. You can see the Worldwide Dispatch of what attendees are saying about the event, and individual profile pages for each attendee. Finally, on the home page there is a big Google Map with photos of everyone who has created a profile (many more on the way).

Since I’m clueless on my own, I’m fortunate to work with smart and energetic people on big projects like the summit. Reese and Nicky will both be at the event, so if you come, I’ll be sure to introduce them to everyone.

Anyway, sorry if you couldn’t get in the first 150, but registration is now open for 275 more attendees. I don’t think it will sell out immediately, but it will sell out sooner or later—so if you’re interested, don’t wait too long. So far we have attendees from seven countries on four continents, and I hope to increase those numbers during the regular registration.

Next, here’s where I’ve been so far this week:

In Iowa, a monsoon poured down from the heavens right until the meetup. People say it rains all the time in my hometown of Portland, but it’s a much different rain than Iowa. In Portland you can still go on with your life when it’s raining. In Iowa, I thought I was going to drown on the short walk from the rental car to the bookstore.

With all the rain, I wondered if people would show up. But show up they did, including several people who drove an hour or more from surrounding cities. We did this meetup informally, with a group discussion about non-conformity, entrepreneurship, and how to thrive as a college student in the face of pressure to conform and avoid risks.

The next night in Omaha, my co-host Robyn Devine really went all out. Robyn is a “minimalist knitter” who is hand-crafting 10,000 things for charity. Her project came about in part by reading AONC, and it was fun to meet her and hear her speak to the group at the meetup.

We did this event at CAMPomaha, a fun co-working space run by the hard-working Princess Lasertron, also known as Megan the nocturnal dress designer. I tell everyone on the book tour city lists that people are welcome to bring cupcakes, take photos, or just show up. The funny thing about the cupcakes is that we either have a ton of them or almost none at all. So in Des Moines, there weren’t any cupcakes, but in Omaha, we had so many that Robyn took a big batch over to the local homeless shelter after the gig. I guess Nebraska likes cupcakes better than Iowa, or maybe Robyn is just awesome.

After a night in Omaha, I got back on the road for the next stop in Lawrence. Glen Stansberry and his wife Lynn hosted me in “the progressive capital of Kansas.” We went to a local brewery before the gig, where I got to sample the famous cheddar ale soup. Cheese and beer together, turned into soup—it’s a winner!

We got a nice feature in the local paper that day, thanks to Glen and Sarah Henning, a journalist who asked smart questions instead of asking me to list my favorite countries like most reporters do. This experience reminded me of something: people often ask how they can help with the tour. I don’t always know what to tell them, because with 63 events, it’s a lot of plates in the air—but one thing that helps is exactly what Glen did by connecting me with Sarah for the newspaper feature. I have been doing 2-3 media interviews every day recently, and I’m happy to fit them in whenever possible.

Anyway, the gig in Lawrence was great, with a larger-than-expected turnout, the bookstore completely selling out of books, and a guy who brought AONC cupcakes (see main photo) after being inspired by last week’s picture of the AONC cake.

I’m now in St. Louis on the longest leg of the tour, publishing this update from a coffee shop outside Left Bank Books where we did the most recent event. I have seven more gigs coming up this week: Louisville, Bloomington, Cincinnati, Ann Arbor, Chicago, Madison, and Minneapolis. It’s a long week—but it’s a lot of fun, and I’m looking forward to meeting many more readers over the next few days.

I hope all is well in your part of the planet. I’ll look forward to our paths crossing sometime, whether on the road this fall, at the World Domination Summit next year, or elsewhere.

P.S. In order to not overload your Inbox, I don’t send every tour or event update by email. Two updates from the past week that weren’t sent out are below:

Notes from the Road, Volume II
Notes from AA Flight 847