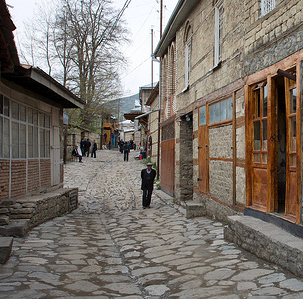 After an extended time at home with no international trips, I’m headed back out on the road this week. My journey will take me to the Caucasus region, including Azerbaijan, Georgia, and Armenia. Here’s how I arranged the trip and what I plan to do.

On Wednesday, the 28-hour journey to get to Baku, Azerbaijan begins. I’ll hop over to Denver to catch the Lufthansa flight to Frankfurt, which connects to another LH flight to Baku.

If you don’t know where Baku is, don’t worry—I was fairly clueless myself until recently. Here’s how the whole trip looks in Google Maps:

In Azerbaijan I’ll travel overland (by train, I think) to Tbilisi, Georgia where I’ll meet up with a few readers who will also be traveling or working there. I expect to spend about a week around Tbilisi and the surrounding area. By then I’ll need to catch up on my work, and it seems like a good place to do it.

On the way out I’ll travel overland by bus (about six hours, or so I hear) down to Yerevan, Armenia—the last stop and exit point for the journey. I expect to be in Armenia a bit longer than in Azerbaijan, but a bit shorter than in Georgia.

The return flight requires an extra connection in Vienna with a 4:45am departure. I’d rather not have a flight that forces me to rock up to an airport in an unfamiliar part of the world around 2:00am, but when you go to places like Armenia, you don’t get much of a choice. From Vienna I connect to Frankfurt, and then head back home the same way I came. Thus, the itinerary by airport codes is as follows:

It will be a long trip and I’ll probably be worn out when I get home, but these days when I can head out and visit three new countries on one trip, it’s worth it.

I used 135,000 United miles for the trip, booked exclusively on Star Alliance partners (Lufthansa and Austrian Air) except for the Denver connection. Taxes were less than $60.

I’ve often been frustrated with United redemptions in the past. My world record of phone time with United is nearly two hours in one call—and unfortunately, there have been several runner-up entries that almost broke the record.

In fact, I’ve pretty much left United out of frustration with how hard it can be to reserve a trip—so when I decided to use most of my remaining United miles for this one, I was prepared for a long battle with outsourced support reps on the phone. To my pleasant surprise, we found availability on every flight I wanted (except for the extra Vienna connection, but that couldn’t be helped) and the whole call took less than 20 minutes. Awesome. It’s good to say goodbye to my United miles with at least one pleasant memory of putting them to good use.

AONC reader and fellow nomad Audrey Scott has spent a lot of time in this part of the world, and she sent me a long list of recommendations for the trip. I also spent about half an hour looking through the one guidebook I could find at the bookstore. The guidebook confirmed what Audrey and others have told me: focus mostly on Georgia and Armenia.

I have an idea of a few things I’d like to see, and I know where I’ll be staying in Tbilisi. Otherwise, I don’t schedule much in advance. Since I know I’ll be meeting people in Georgia, I’ll probably just go along with whatever they do. I’d like to buy my train ticket out of Azerbaijan in advance, but I didn’t figure out an easy way to do it, so I’ll take my chances.

I lucked out on visas for this trip. According to a few different sources (I try to check several before a trip like this), the visa for Armenia is available at the border, the one for Azerbaijan is available at the airport, and I don’t need one for Georgia. Hopefully this information will turn out to be true when I actually turn up at the borders over the next couple of weeks. 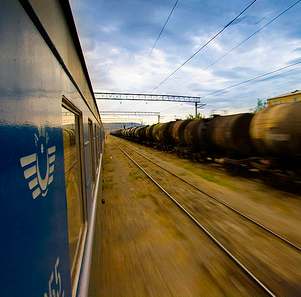