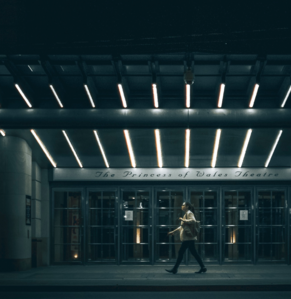 Asking, “Should the actor make the blockbusters?” is the wrong question. There’s nothing fundamentally flawed about blockbuster movies. It doesn’t matter if they aren’t as deeply meaningful as the arthouse films. Besides, big summer movies can be fun!

I think the right question is, “How much time should the actor spend making blockbusters versus the independent, arthouse films?”

And that’s where it gets tricky. For a long time I’ve thought the answer was: the actor should make only enough blockbusters to support the independent films. For every blockbuster, make several arthouse projects.

And now my sense is that I’ve been thinking about it in the wrong way. If you only make “popular” or “commercial” projects to support something else, you’re not serving your audience well. Why not give the people what they want?

Or maybe it’s not an exact ratio, but the principle is: give the people what they want. Respect the masses. And then do the other things you find meaningful, those arthouse films that are special but don’t necessarily reach a big audience.

Sure, a few critics may say that you’re selling out. But look at all those people standing in line for your movie!

So that’s what I’m planning to do next year. Buy your tickets.

Merry Christmas (and Happy Boxing Day, and Happy Everything) to all. I’m still on my Annual Review and will have more posts next week.