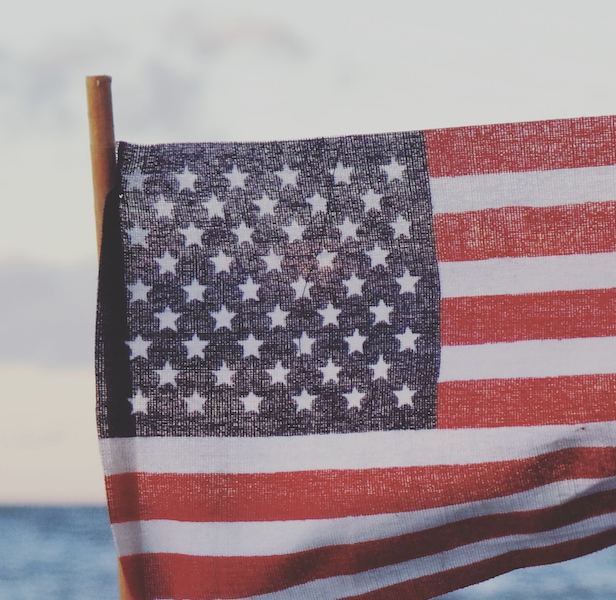 I’d like to speak to any of my readers who have supported the current U.S. president in the past, or who are planning to do so again this year. Believe it or not, I’ve been trying to understand where you’re coming from.

I wrote and rewrote this post at least three times before figuring out what I wanted to say. I knew that if I insulted you, you wouldn’t listen—which is fair, because I don’t tend to listen to people who insult me either.

One of you wrote to me recently to say that I must think everyone who supports Trump is a moron. But that’s not true, I replied. I think a lot of them know exactly what they’re getting with their candidate.

And that, to me, is the greatest problem and what I find the scariest of all.

I don’t want to get ahead of myself, however. As I said, I’ve been trying to understand why so many people would support someone with the clear intention of destabilizing the world. So first, I thought I’d try to take a step back and think about it more. To start, I went back four years and what seems like a lifetime ago.​

Why Vote for Trump in 2016? A Few Actual Reasons

What, I wondered, would cause a version of myself to be attracted to such a candidate—could there be anything?

In fact, I realized there could be several things. One, there was a destructive approach to his strategy as a first-time candidate that I respected. He came into a traditional party structure and refused to follow its rules, somehow managing to impose his own and getting everyone else to follow along. There’s no doubt about it: this was a remarkable feat.

Under the right circumstances, being an outsider can convey power and status, especially when the insider choices are so undesirable. If you’re frustrated with the political process in America (and there are many good reasons to be), then I can see why it’s attractive to encounter a successful candidate who disregards nearly all of it.

Similarly, I tend to admire people who question norms and protocol. Should the U.S. president have to spend his time hosting state dinners and welcoming sports teams? Must he pretend to respect his opponents in the primary, even if everyone knows they all hate each other?

Clearly, there’s a line between bravado and carnage. But on the surface level, someone who says “Screw this, I’m going to do it my way” has a certain appeal.

Furthermore, if you believed that things “aren’t the way they used to be” and along comes a candidate who makes a direct appeal to the past instead of the future, then I understand how some of those pieces clicked into place for you. Mitt Romney was honest when he told Michigan that its auto manufacturing jobs weren’t going to come back—and he lost the election. Trump promised them otherwise, even though he had no ability to make it happen—and he won.

Lastly, perhaps you supported him four years ago as a protest vote of sorts. You didn’t like Hillary, for whatever reason, so you thought “I’ll just add to the number of votes for the other side, even though we all know he won’t actually win.”

Voting for Hillary was the obvious choice for me, but if I a) didn’t like her, and b) thought she was going to win no matter what I did, then I understand the protest vote logic.

Of course, much to everyone’s surprise—including the president himself, it seems—he actually won! Russia helped, and so did James Comey, but I don’t deny the fact that a lot of people in the right swing states truly believed in him. The phenomenon was real.​

What We’ve Learned in Four Years

But now it’s time for the reality check. That was then, and now here we are four years later. For everyone who said, “Let’s give him a chance,” ask yourself: how did that turn out? For anyone who thought he would grow to be presidential and stop bullying people online all day, what happened?

Again, you need to acknowledge reality. This is an administration that has separated families and put immigrants in cages. On a daily basis, the president uses a social network to insult not only his enemies, but eventually every single person or group he encounters. No one is safe, not military veterans, the disabled, or even his own revolving cabinet of advisers.

Above all, this is an administration that refuses to acknowledge facts or tell the truth. Over and over, the president and his allies lie directly, and his supporters (maybe you?) don’t seem to mind.

As the saying goes, if you’re not outraged, you’re not paying attention.

One of the great ironies of the president’s agenda—if such a thing exists, since so much of it is driven by personality instead of ideology—is that the promise to “make America great again” has actually made America much worse off.

Back in 2016, Trump campaigned with rhetoric about how the world was laughing at the U.S. because we were “weak.” I travel a lot, or at least I did before the pandemic—and I can assure you that the world thinks very differently about American leadership now than it did four years ago.

It’s not a positive change. Our allies are shaken, and our enemies are emboldened. Why do you think Russia has invested so much in trying to destabilize the U.S.? They achieved a tremendous victory four years ago, and they’re on the verge of doing so again.​

So here’s what it comes down to: if you voted to support Trump last time, you made a big mistake.

Sorry, but it’s true. The consequences of the 2016 election have been severe and enduring. The pandemic was always going to happen, but it didn’t have to be this bad. Conflict in society is inevitable, but we don’t need to reach the point of complete collapse.

Still, here we are. We all make mistakes. No one can change the outcome of the last election, but so much more is at stake for the next four years. No matter what you thought about this president until now, there’s still time—a very short amount of time—to redeem yourself and walk away.

For my readers who are more progressive, it’s important for you to show up too. Don’t give in to the lie that this election doesn’t matter, or that because Bernie Sanders (or whoever you preferred) didn’t win the nomination, it’s not worth it. You need to do your part!

But I’m not writing this letter to you, because you don’t need my encouragement.

Instead, I’m writing to anyone who is thinking of supporting the president’s reelection, whether you’ve followed my work for a while or have just stumbled upon this communication.

Here’s what I would say to you, as strongly as I can: please don’t vote for Trump this time. You need to reconsider, and change course while you still can.

If you’ve never voted for a Democrat before, this is the time to jump ship.

If you have to go against the wishes of your family, so be it. Now is the time to be courageous.

I’m not asking you to donate to the Biden campaign or join a political party (I’ve never belonged to one myself). What I’m saying is that his candidacy is the only path forward to prevent further breakdown of civil society.

One candidate in this election is a decent, competent person. His biggest weaknesses are that he seems a little out of touch and he talks too much. The other candidate is a sexual predator who has encouraged armed militias to support him if he doesn’t win the election. He has deployed the National Guard to tear gas peaceful citizens for the sake of a photo op. Why is this a hard choice?

So for anyone who’s ever thought, “America should be better than this,” here’s what you need to do. First, register to vote (there’s still time in most states) and request a mail-in ballot if you can.

Second, talk to your parents and grandparents who support Trump. If they’re getting their news from Facebook, that’s half the problem—tell them what’s really going on, show them the evidence from actual news sources, and encourage them to change their minds.

International readers, I haven’t forgotten about you. Most of you know that the whole world is watching this election, and the outcome will affect your lives in many ways. Far-right governments are on the rise worldwide, and they gain strength when they see that a leader in the richest country in the world can get away with this.

So if you’re not in the U.S., encourage your American friends to do the right thing—tell them that you don’t hate them if they voted differently (or didn’t vote at all) before, but now’s the time for them to step up and make a change.

Last but not least, for anyone who says “Wow, Chris, I like your other work, but I don’t like you being so political”—the reality is that our lives are always political. I have been writing about things that matter since I started my blog in 2008, and if anything ever mattered, this is it.

I don’t care if you unsubscribe from my newsletter or stop reading my blog (and there’s no need to send me a message letting me know), but I do care that you decide where you stand in this critical time of history.

Simply put, you need to choose a side. Please choose the right one this time.​​

P.S. To my fellow artists, writers, entrepreneurs, and creators: guess what? You need to take a side, too. Attempting to be neutral in this situation is another mistake. Be brave and speak up!

The Past Wasn’t Better. Choose the Present Instead