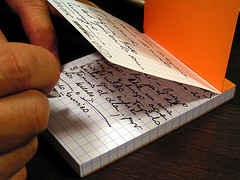 I realized recently that it’s been about 90 days since I started this web site and committed to the publishing schedule of three essays per week. I thought it would be good to summarize what I’ve learned, including the mistakes I’ve made as well as the things I’ve done right.

Even if you’re not a writer or blogger, this might be interesting to you. If it’s not, there will be something else for you on Friday, where we’ll go on to the Persian Gulf after heading over from Jordan.

What I Learned To Do

*THE WRITING IS MOST IMPORTANT. An artist has to be excited about the work itself. It has to be sacred to you even if no one is reading. I write this out first because I really do struggle with it, but I also believe it wholeheartedly at the same time. There are a lot of other things that take up time throughout the week, but if the writing is not of good quality, then there is no foundation for anything else.

I even repeat it to myself sometimes when lots of other things are going on: THE WRITING IS MOST IMPORTANT.

*Honor Individual Requests As Much As Possible. Since beginning the project, I’ve replied to almost every email that has come in from my contact form. As far as I could tell, there were only two psychotic people who wrote, so everyone else should have received a response.

(If you didn’t get a reply to something and you are not psychotic, please write again as I do have an active spam filter.)

*Show Failure and Vulnerability. Some of my most popular writing is when I point out dumb things I’ve done around the world or examples of loneliness and challenges I experience while pursuing my goals. I believe in setting and achieving highly significant goals, but I know it isn’t always easy—so I’ve learned that it’s good to show that side of things.

(If you’re interested in reading more about this, you can also see a guest post I wrote on Blogging and Insecurity over at Problogger.)

*Show Success and How to Overcome Obstacles. Many readers have asked for information on how I earn money without a job, how I travel to crazy places, and other practical topics. I’ll be covering this more in the future after we launch the manifesto and prepare for stage two of the project.

*Ask for Help and Feedback. I asked some of you to give me your feedback and say hello, and many people responded with comments and emails. Thanks! The funny thing is that the site traffic has actually gone down a bit since I published that post, but the comments remain fairly active.

*Bring Others In and Help them Look Good. The round-up response we did to my original Follow Your Passion? essay was well-received around the internet, with a lot of links and buzz. I was pleasantly surprised that so many A-list bloggers participated, but I think it was because I approached them with a win-win proposition that brought them new readers as well.

What I Learned Not To Do

On the other hand, here are a few things I learned NOT to do in my first 90 days of writing.

*Writing for Digg. In the blogosphere, there is a great deal of emphasis on writing articles specifically for the audience of Digg.com. This audience can bring tens of thousands of visitors (or more) to an article they approve of, and if done well it can be a huge boost for a new blog. However, I am starting to believe that most of my articles are not a good fit for Digg, so while I welcome any traffic from them, I won’t be writing specifically for the Digg fan base.

(If you read something I like and think it’s a good fit for Digg or any other social network, by all means, please submit it. But as for me, I’m not going to worry about that too much.)

*Writing for SEO. Search engine optimization, or SEO, is also an active blogger topic. A lot of bloggers write posts deliberately designed to rank in Google for specific search terms. There’s nothing wrong with that as long as it adds value, but I’m just not thinking about that right now either.

*Selling Anything. I would like to go on record as saying that there is nothing wrong with artists earning a living. In fact, I’ll be writing soon about the poverty mentality that a lot of artists have—I am opposed to it, in case you didn’t notice. At some point after the manifesto launch I will probably have some things for sale here, but for now my focus is on the writing and building up this community. And even when we do have products or services, all of my writing will always be free.

*Putting Adsense on the Site. I have done a lot of work (hundreds of hours) with Google Adwords and Adsense as an entrepreneur, and I know how to use them fairly well. (FYI, Adsense ads are the small text link ads that you see on a lot of different web sites, especially blogs.)

While I don’t object to advertising on blogs per se, I also don’t want your experience to be inhibited in any way. Therefore, I don’t expect to ever put Adsense ads, or anything else that detracts from the writing, anywhere on this site.

*Checking Stats All the Time. Visitor statistics can be addictive for any web site owner, and I found in the beginning that I ended up spending a lot of time reviewing the data. After I logged in to my server, I would feel deflated when the traffic was low and excited when it was high, and I learned that this kind of manic depressive blogging is not optimal. Now I check the stats once a week and look for general trends rather than all the details.

*Writing One Thing Only. I am taking a big risk here, because most experts recommend starting with a very narrow niche and then slowly expanding. I decided from the beginning that I would write about Life, Work, and Travel—all from an unconventional perspective that I call nonconformity.

This is tricky, because not everyone is interested in world travel, personal development, and entrepreneurship all at the same time. In fact, it’s probably fair to say that most people aren’t interested in all three of those things. The fact that my writing is not easily categorized can be a strength or a weakness depending on the context.

I do know that I have some readers who are interested in only one or two of my three themes and just check back for those updates. However, I’ve also found that many readers are interested in the other topics even if they do not directly relate to them. I have probably heard from 20 people who say that they don’t travel much, but like reading my stories from around the world anyway.

For better or worse, I’m sticking with the broad themes of Life, Work, and Travel for the long-term.

A Few Other Observations

These things don’t really go under either category above, but I thought I should keep them in.

*Apparently some people have said that ‘Guillebeau’ is not the easiest name to spell. What? I can’t believe it! OK, OK. I do have the domains ArtofNonconformity.com and .org that redirect to this site, but perhaps in an act of defiance, I made the choice to brand the ChrisGuillebeau.com domain for now. Sometimes I think it was the right choice; other times I think I should have gone the other way. Because I have so many inbound links now, there’s no going back.

*I do not like the term blogger, so I don’t describe myself that way. I prefer to say I am a writer. I don’t have anything against people who prefer blogger, and I realize the terms can be somewhat interchangeable, but for me there is something more serious about saying I am a writer and I take what I write seriously.

*I originally said that I wanted 1,000 visitors a day by the end of the year. Well, I achieved that goal much earlier than I expected, but I also realized that I should have been more specific. I am happy about the lurkers out there who are just reading along whenever they have time (that’s totally fine), but my long-term goal is 1,000 true fans. The concept of true fans comes from an amazing essay written by Kevin Kelly that is probably my favorite reading of the whole year so far.

The short version is that every artist (or every business) has a relatively large number of casual fans and a much smaller number of true fans. The true fans are the ones who are most excited about the artist’s work. They are deeply committed to the artist.

Anyway, I’m looking for my own 1,000 true fans. If you’ve read this far, maybe you are one of them. Don’t worry, there is no Kool-Aid to drink and I don’t want your money. But it would be cool if you could sign up for email updates or add me to your RSS reader.

(This is not a one-way relationship, by the way—there are lots of people out there who I am a true fan of. It is just that now I am at the point where I am looking for my own committed base of readers.)

It has been great to learn these lessons along with many of you who have been reading. Thanks so much for your interest and encouragement. In the next 90 days, I plan to apply what I’ve learned here in the second phase of the project.

We’ll be releasing the manifesto in less than two weeks, and after that I’ll go back overseas again to visit several exciting places.

I’ll be documenting all of that for you, and I hope you enjoy it. Remember to be the change you want to see in the world.

The Decision to Go (Also known as “Now Is the Time!”)

Q&AA: When to Let Go of an Unsuccessful Project
© 2023 The Art of Non-Conformity | Site by Bytegrow Technologies