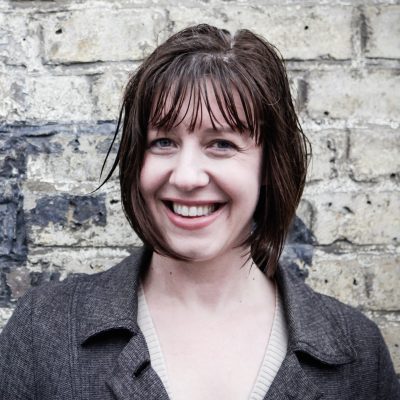 This is a travel hacking profile. (Read others or nominate someone to be featured.)

When American expat Julie Smith moved to the UK, she imagined endless jaunts around Europe, weekends exploring foreign cities and spontaneous day trips to Paris. Faced with a limited budget and a need to get creative, she discovered the glorious world of budget airlines and has been a loyal fan ever since.

The reality of today’s flying experience is more like a Greyhound bus, not the fantasy golden era of the 1950s, full of champagne, white gloves and women in fancy hats. In Europe, the ultra low fare airline is ubiquitous, with a dozen such airlines operating around the continent.

Surprisingly, I love them and fly them extensively.

Ultra low fare airlines like Ryanair and Easyjet changed the landscape of flying in Europe when they were created in the 1990s. They introduced the lowest fares anyone had seen, especially compared to British Airways, Aer Lingus, and the other government subsidized airlines, advertising tickets for as low as £1 plus tax.

To compensate, their lists of ‘no’ were long – no reclining seats, no free food or drink, no free checked bags. Ryanair in particular, developed a reputation for being stingy with the allowed size for carry-on luggage and its long list of fees, aided by their demonstrative CEO, Michael O’Leary, who was renowned for his brash statements. Despite those crazy fees and the general hatred the public has for Ryanair, the flights remain packed, much like Spirit in the U.S. This year, Ryanair will carry over 100 million passengers on its nearly 2,000 departures per day.

In the end, it all comes down to money.

When flying low-fare, the savings can be dramatic. Doing a basic search on Skyscanner, I found a flight to Oslo, Norway from London on Ryanair or Norwegian for £34, while the next major airline alternative was British Airways for £131.

Now, if I was jetting off across the world, and about to spend 10-15 hours on a flight, I might be willing to pay an extra £100 for some creature comforts on such a long haul. But for a simple 2-hour flight? I would rather buy myself a water and snack before boarding for £5 and pocket the remaining £95.

Or, as a frequent traveler, I would more likely use that £95 savings to purchase three additional round-trip tickets to Dublin, Venice, and Copenhagen, and get it all for the cost of the British Airways ticket. That kind of savings is hard to overlook.

The customer service experience and onboard experience have improved drastically.

Ryanair’s CEO Michael O’Leary made headlines again in 2015 when he announced a new, money-making policy: be nice to customers. Seems like a basic concept, but as many travelers could attest, Ryanair used to go out of their way to be difficult. Other carriers are following suit, offering more flexible tickets and fares to accommodate travelers.

To date, Ryanair has rolled out tiered ticket pricing, called Business Plus which, for a slightly higher fare rate, includes perks like speedy boarding, free changes to flights on the day of travel, and advanced seat selection, with an aim to make the airport experience smoother and more efficient. Other airlines have followed suit, with rival Easyjet offering Flexi fares, which provides one free checked bag, speedy boarding, and seat selection.

Norwegian has a three-tiered system: Lowfare, Lowfare+, and Premium. On top of being more customer friendly, the budget airlines also have invested a significant amount of money in new, fuel-efficient aircraft. Norwegian has one of the youngest and greenest fleets in the world, with an average aircraft age of just under 4 years, and their short haul fleet of Boeing 737-800s are equipped with WiFi, which is provided at no additional cost to passengers!

Read the fine print to avoid any headaches at the airport.

While European budget carriers have become more customer friendly, they do still have a long list of charges and fees. Luckily, they are fairly transparent, listing all of the possible fees on one, easy to read page on their websites.

In general, any changes to your ticket, like adding on baggage or changing seats, will cost more at the airport than if done online. It pays to be cautious and book online before arriving at the airport, when the fee will often double.

And while all of the budget airlines charge for things like checked luggage, each have slightly different size allowances and weight restrictions.

Wizz Air, a Hungarian-based carrier which operates a variety of flights from London to Eastern Europe, only allows one piece of cabin baggage per person. Computer bags and handbags are considered cabin bags, so do not expect to be allowed to bring on a rolling bag as well.

This same rule applies to Easyjet too. I cannot tell you how many times I have seen people step out of the line at the gate after being told about the one cabin baggage rule, quickly trying to stuff one bag into another. If you know the rules in advance, you avoid this annoyance at the airport.

For some, traveling in the modern era tends to be less about the journey and more about the destination. Europe’s budget airlines make it financially viable to travel as frequently as I do.

Interestingly, many of the legacy carriers are starting to look more like the budget airlines, offering lower fares with more restrictions, including surcharges and add-ons that can be difficult to understand, and dropping many of the perks that made flying these carriers worth the added costs.

The next time you find yourself in need of an affordable European flight, start with this list: 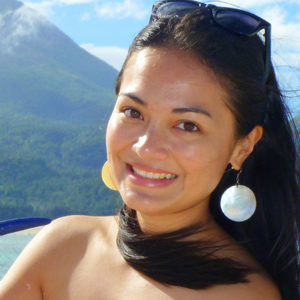 Facing Fears and Traveling Alone: On the Road with Anna Zalazar