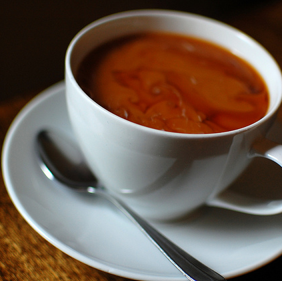 When I was 20 years old and enrolled in a graduate school program that I didn’t finish, I took a third-shift job working at the FedEx package processing center in Memphis from 10pm-2am four days a week. It was tiring work, and the worst thing about it was getting home close to 3am and having to go to class at 9:00. A schedule like that can work for a few days, but not for the few months I tried to sustain it.

Carrying boxes for FedEx 10 years ago was the last job I ever had. In between going to school and working the night shift, I realized I needed some more money. eBay was just getting popular at the time, and in those early days (1999), it was a seller’s market. You could put pretty much anything up for sale, and you had a good chance of selling it for more than it was worth. Buyers were hooked on the new format, so much that many of them weren’t very price-conscious. If you were a seller and didn’t really know what you’re doing, like me, this was a good thing.

In my quest to buy groceries, one day I took a bunch of pictures of random stuff I had lying around my apartment. The stuff consisted mostly of video games, CDs, and old clothes that I would never wear. I had a $40 35mm camera that you actually had to buy film for, and then pay for developing. No picture preview, no instant gratification, 24-hour wait for processing, the whole old-school way of taking pictures.

Anyway, I took a bunch of terrible photos, and since I had no idea how to upload them online (eBay wasn’t so user-friendly in the early days), I sent them to my 15-year old brother in Montana who helped me put them up on a free web site that he hosted.

The pictures were bad, the auction design was bad, and the auction description was only decent. It was incredibly, laughably amateurish. But when I checked the results five days later, I found out I had made about $200, or roughly $24 an hour for my time.

Hmmmm. I could bust my butt lugging boxes around on the third shift, or I could work when I wanted, find stuff to sell, and make a lot more money. It wasn’t a hard choice. After I saw that I could replicate those results, I was hooked. I never went back to FedEx, but I kept working the night shift—this time listing auctions and preparing boxes for shipment the next day.

I sold Lego toy sets, phone cards, cigars, coffee, and anything else I could find. One of my favorite tricks was to buy things on eBay and then resell them, using better-written auctions and photos. Doing this with laptops and electronic gear, I found I could usually earn a 20% profit in a week.

Pretty soon I was making $2,000 a month for part-time work, which at 20 years old was more money than I had ever made. A few months later, I jumped to $4,000 a month, and then $5,000. The business continued to grow, and I peaked out at around $8,000 a month about a year later. I did everything myself, ran the business with utmost inefficiency, but I was able to support myself well.

One of the most important skills an entrepreneur can have is the ability to predict change and act on it.

I’ve made hundreds of mistakes and missed a lot of opportunities, but one that I got right was leaving the eBay selling business in my second year of operation. As more and more buyers came to eBay, more and more sellers came too. The competition for everything I was selling rapidly increased, and I found that the market was becoming more and more efficient. Whenever I found a source for a new product, someone else would find the same source within a month. Then there would be two of us selling the same thing, and then five or ten of us. Competition reduces profit, and I didn’t want to compete for the lowest bidder.

One week eBay canceled all of my auctions due to an error in the listing. They refunded my listing fees and later allowed me to re-list everything, but in the meantime I had lost more than $3,000 that I could never get back. At the time, $3,000 was an enormous amount of money to me. I decided that I needed a new business, so I made plans to say goodbye to full-time eBay selling.

I used the skills I acquired from importing coffee to move to other micro-businesses, all of which I did for a year or two at a time for the next five years: search engine optimization (SEO), web site design, affiliate marketing, joint venture brokering, etc.

For one year I focused on playing jazz music, using the afternoons to practice and the evenings to play gigs wherever I could. I did business work for 2-3 hours every morning to pay the bills, since life as a musician doesn’t usually pay very well.

And now, looking back…

Those early days of importing coffee and selling Legos served as the foundation for my belief in self-employment as a critical part of living the life I wanted. It essentially allowed me to skip out on a whole series of junior work positions that most “normal” people go through. I never had a 9-5, 40-hour a week job. I never had a cubicle. And after the short-lived midnight FedEx experience, I never really had a job either.

In 2002, Jolie and I moved to West Africa. My entire life focus changed to serving on the leadership team for a charity that worked in post-war countries. I never took a salary for any of that work, and used my business income, along with donations from supporters, to provide for our four years in Africa. (I’ll tell the whole story about that experience at some point.)

Now that I’m living back in the U.S. for a while, I still shop on eBay, and even sell things there once in a while. But I only sell things I no longer need, and don’t sell to earn a profit. I do remain grateful to eBay for helping me learn how to run a small business, though. Without them, I would have been stuck moving boxes at FedEx for the rest of the year, and who knows how the lack of a real income would have affected my future ability to work for myself.

Ten years later, I still think about those early days of learning to work on my own. Whenever I have to carry heavy boxes around, which isn’t very often these days, I remember the old warehouse days with nostalgia… and gratefulness that I don’t have to do that anymore.

Creative Business as Art: A Conversation with Wendy Downs