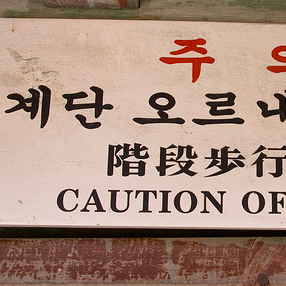 Free advice is often worth less than the price. Much of the time, you already know what you need to do about something—you just need to do it.

Nevertheless, I hear a lot of things being repeated, and I get asked a lot of the same questions … so here’s my less-than-$0.02 for anyone who cares. As the saying goes, take it or leave it.

“The customer is always right.”

Actually, sometimes the customer is dead wrong. Sometimes you don’t want the customer, and if you go out of your way to please one of them, you’ll disappoint the others.

I recently received my first PayPal buyer complaint in more than two years of doing business with Unconventional Guides. Two years! A great streak. Then one guy comes along with an axe to grind and tells PayPal I owed him money despite all evidence to the contrary.

It depressed me. My PayPal rep said I could dispute the claim and I would win, because my account was in such good standing. But in the end I just gave up, sent the money to the axe-grinder, and said goodbye. That customer wasn’t right, but if I kept stressing out about him, my ability to help anyone else that day would have been negatively impacted.

“You should ask people what they want when developing a project.”

Who said that? Oh, it was me. Oops. Well, here’s the thing: sometimes this is true. I’m the first to say that it can be helpful to run your ideas by people, get feedback, etc.

But it’s also true that if what you’re doing is truly innovative, not everyone will understand in the beginning, and maybe you should just go for it. Lately I’ve been thinking about what Henry Ford said:

“If I had asked people what they wanted, they would have said ‘faster horses.’”

Consider myself reprimanded. Sorry about that.

“Never check email in the morning.”

I’m on a one-man crusade to say that it’s OK to check email in the morning, or whenever you feel like. If you read blogs about productivity, you know it’s a lonely crusade, but I think I’m on to something. You don’t have to feel guilty if you like checking to see what people have to say to you.

Who knows—maybe that’s even the most important work of the day? OK, I’ll duck now.

“Don’t waste time with Twitter when you could be doing real work.”

What if 25% of your business comes from Twitter? That’s how it works for me, even though in the past 30 days I’ve mentioned my actual business work a total of once. Therefore, I think I’ll keep hanging out on Twitter. And you can too if you want, or not if you don’t want. Oh, and one more thing about this —

“You must have a local support team to succeed.”

“Slow and steady wins the race.”

What race are we talking about? It’s probably a good idea to know which race one has in mind before making blanket statements. Some races go to the slow and steady; others go to the fast and furious. See Mario Andretti:

“If you think that you’re in control, you’re not going fast enough.”

Maybe that isn’t your style, but I think there’s a time and a place for it. Speaking of that:

“Good things only come to those who wait.”

Feel free to add to my list in the comments below. Advice is free! Even when it’s unsolicited. 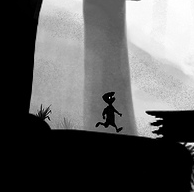