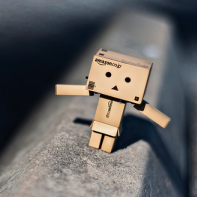 Thanks again for all your input on the four burners theory. That was fun.

I should say first that all is well in my life—I’m not concerned about falling off the edge or anything. I sometimes say that I’m going to start a “maximalist” movement because I don’t believe in limits or shutting ourselves off from the world.

So it’s all good. But nevertheless, I wonder about things sometimes, and the Sedaris quote was an interesting way to look at the issues of balance and focus. As a couple of people wisely said, the point is that we all have the same 24 hours every day.

No one likes the idea of turning off burners. But the question is: how can we best use the time we’ve been given?

A couple quick points before I share some of the comments from last week:

Someone said that Sedaris could think this way because “he must have a wife taking care of the home.” No offense, but I thought that was odd—first, because he is gay and therefore has no wife, and second, because it’s an odd idea that successful people “must” have someone else who is responsible for their success behind the scenes.

The second thing is that a number of people made comments about work being expendable and “what really matters” are the other three burners. Ah, but see, this is the reason for the post in the first place. It’s fine if you don’t care about your work and see it as a means to an end, but what about those of us who actually value the work we produce?

As I say from time to time, it’s good to ask yourself the question, “If time and money were no object, what would I do?” So for some people, perhaps they really would leave their jobs and spend all day surfing or hanging out. But for others of us, we’d want to build something; we’d be driven by the desire to find meaningful projects to fill our time. Surfing all day does not leave a legacy.

I’m not saying that work is more important than family or friends; I’m just saying I don’t see why it should be relegated to… wait for it… back burner status. And that is the crux of the issue. As a few smart people noticed, many of the comments address a side issue. The main issue is balance, focus, how to do it all with limited time and energy, etc.

Anyway, that’s it for me. Take a look at what some smart people said below, or read 200+ comments here. You guys are geniuses, really. I’m in your debt as always.

For me, it is not so much about turning off the burners, as much as it is turning them down from time to time. When I am working on trying to finish a project or even start a new one, that burner gets turned way up, and the other burners, family, friends, health, etc get turned down for a bit.

When I have a day scheduled to spend with my nephews or nieces, I turn that flame on high and give them my undivided attention, living in that moment. All the others burners are turned way down or off.
I guess it’s not so much, turning on and off the burners, as much as turning them up and down and using the energy more efficiently.

I like to think that it’s possible to have it all. I make my living, along with my wife, as a photographer. We have 3 small children. We have very close relationships with our family and friends. We travel 3-4 times a year. And, while we aren’t rich in the monetary sense, we make enough money by taking pictures of wonderful people in love to pay the bills and feed our children. Honestly, if that’s not success, I don’t know what is.

This very idea has been on my mind a great deal of late and I’ve come to the conclusion that it isn’t that we totally sacrifice one of the “burners” over any others in a permanent sense. Rather, we temporarily sacrifice 3 of the 4 at almost any one time. In general, we can only focus on one of these at a time – in a given moment. Of course, there is some overlap – we can build relationship with both family and friends at the same time at certain events, or sometimes a portion of our work could actually be so enjoyable that it creeps into “play.”

If success is defined as some kind of extraordinary achievement–above and beyond the standard job, family and going through the motions of comfortable, middle class life–my experience is that “something has to give.”

I experienced it as the child of someone successful in sport and community development and, later, working for an organisation doing great things to make the world a better place. In most cases, family has to give. When your parents are changing the world, you just don’t see them as much because the rest of the world wants a piece of them, often.

Nelson Mandela is an extreme example. His children had less time with him than those related to his cause.

The first visual that came to mind was my stove. If I’m cooking on all four burners at once, it works, but it’s mighty crowded, and there’s a danger of the cook getting burned. Creating a balanced meal on a four-burner stove is safer and more productive if the cook makes one item ahead so that he or she is only concentrating on three burners at a time.

I’m a full time professional (teacher), a disabled adult (hearing impaired), raising a disabled teen son (blind, on the autism spectrum), along with a neurotypical college graduate daughter and an equally busy husband. Balance is elusive, but it is attainable. Sometimes one burner has to be set to low or turned off temporarily.

The problem with the 4-burner analogy is that it focuses too much on the individual. Sure, 4 burners is more than enough to handle when going it alone, but hopefully we all live and work as part of a larger team.

Here’s a question. What if you have two kinds of work? For a paycheck, I do one very businessy thing that I do like. For love, I do a completely different kind of work that could not support me at all unless I went back to school for a long time to get the credentials to teach it, which I don’t want to do. I think a lot of people are in this same situation. Do we have two pots on one burner?

It’s not about the burners. They’re the straw man. It’s all about choices and consequences and trade-offs. What matters to you? What are your goals? Where do you want to be? You want to travel, you have a goal. The trade-off is you aren’t in the USA to see everything your friends see, or do all the things you could do if you were here. You know you are trading off something to get what you want. As long as you’re happy, who cares if others think you travel too much. Ultimately knowing what makes US happy, whether it’s burning four burners or eight, is what is important.

As with anything, I think the key to this theory is relative to the individual. First it depends on your definition of “success”. For some people success is working hard for 12 hours a day. For others it is small genuine accomplishments. And some people consider genuine happiness to equal an all around successful life. Sometimes my “successful” day is one where I have gotten out of bed.

What works in my life is keeping a clear mental image of what I want to have, be, and do. Then I bring my complete attention to whatever I’m working on at the time with the determination to create what I want. Living the creative life means taking life’s raw materials and using them in ways that meet the have-be-do equation. So, even if my house burns down, I can draw with the charcoal.

Only four burners? I run ultramarathons, play ten instruments, speak a half-dozen languages, am in a relationship, have good friends, have a close relationship with my family (in the US and in Ireland), and am a lawyer at a pretty intense law firm.

To me, if you love what you do, when you do it, that’s the greatest accomplishment. Will I win these ultras? Hell no. Am I a spectacular musician? Not really. But I’m a decent runner and I can make music that sounds pretty good. My main goal is to enjoy the moment and the experience when I’m doing it — where I end up in relation to others is not my concern.

Where most people fail at this is not recognizing all the low quality things they put energy & time into. They spend hours watching TV in the name of relaxation. They force family time that results in little engagement and no bonding. They grind away at tasks that have very little influence on their world.

I think the four burner theory is true, but it doesn’t consider momentum: if you get a burner hot enough, you can turn it off and still cook for awhile. If you build strong relationships with friends and family, you can neglect them a bit without losing the core. If you build healthy habits, such as running a marathon, you can fall into running as a past time and still be healthier than most. If you build a reputation in your work, you earn the ability to coast a bit.

I’m a juggler. It doesn’t mean that I juggle very well, but I do know that the moments I enjoy the most are when I’m dealing with the stuff that most matters. I would say that I have three burners: Me, Work, Friends and Family. My friends are also my family so it makes sense to loop them together.

Are we talking success or happy? The two are not necessarily the same thing. To me, if you want the experience of being alive to your success, you need to attend to the things that make you happy, and these things need to harmonize with one another. And, forget balance, that’s just a corporate term that’s aimed at keeping people in jobs.

Interesting topic. What is absent in the excerpt from the theory is how success is defined and how long of a timeframe is being used to evaluate success. For me, the theory is also tempered by age – being able to declare I am successful in all areas at the age of 47 is very much different that what I perceived as being successful at the age of 22.

Thanks again for all the input.

Next week, fingers crossed, I’ll be heading out for Algeria and FINALLY Belarus (attempt number three). Then I take a quick side trip to Thailand, then I’m home in the great PDX for three weeks before touring America. Until next time, thanks for reading.

What Would You Do if You Knew You Would Not Fail?
© 2023 The Art of Non-Conformity | Site by Bytegrow Technologies