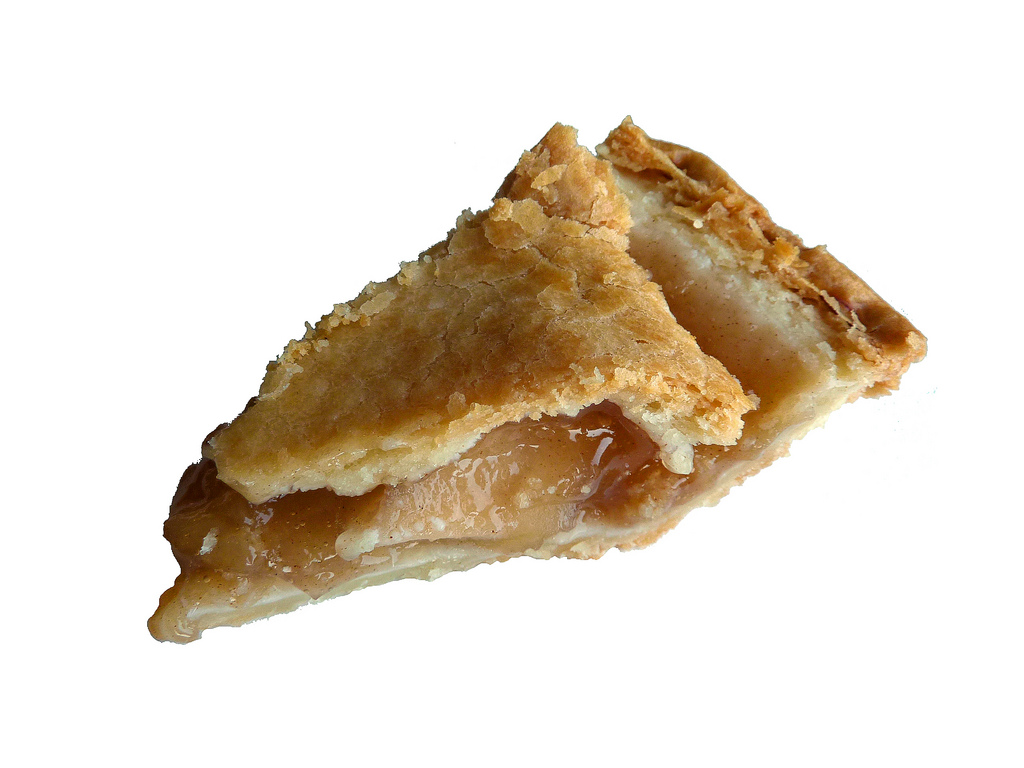 It’s time for a confession: lately I’ve been stuck in a mindset of scarcity. Instead of focusing on abundance, I’ve been thinking about petty things. Naturally, I don’t like this, but I’m not sure how to fix it.

One of my heroes is Dean Karnazes, the Ultramarathon Man who runs 200-mile relay races as a solo competitor, runs 24-hours straight on treadmills in Times Square, and generally just runs a lot. Like anything else like this, some people “get it” and some people don’t.

I recently listened to a podcast interview with Dean where he was asked about some recent criticism. Apparently some people are upset that other people think he is awesome. Instead of responding with “WTF?” – a response I would have found suitable — Dean gave a very cordial and thoughtful answer:

I’m not trying to take more of the pie for myself. I’m trying to make the pie larger for everyone.

This is a beautiful example of the abundance mindset. Expand the pie.

Fighting over a Small Pie = dumb idea, rooted in scarcity, fear, and small-mindedness.

Expanding the Pie = abundance, rooted in a belief that there is enough for everyone.

Way to go, Dean. I will follow that example. I will break the scarcity thinking in my life. But first, I need to not get stressed out over the trip to the grocery store. Sigh.

My Two Years of Being a Genius

For a brief period of life, I made a lot of money. At the time, I attributed this success as a sign that I was a genius. Maybe not quite a genius, but I still thought, wow, I’ve made this happen. Great.

However problematic it may be, this thinking is convenient for whichever side of the fence you’re on. I don’t know many people who move beyond this frame of reference, and I can tell you from experience that believing my validation in income or wealth is a surprisingly difficult habit to shake.

Cognitive Dissonance Gets Me Every Time

When so many other things in my life are going well, why am I troubled? I think it’s because I have begun to identify a gap between what I believe and what I do. Very important: when you see this pattern forming, make no mistake – it’s a big problem. It also does not usually get better on its own.

As I see it, here are a few distressing signs of my mixed behavior:

Increased concern over inconsequential things. I get upset more often than usual for no good reason. Each time I say I won’t do it again, but then I do.

A failure to think about expanding the pie. I find myself thinking about my slice of the pie. If you don’t like pie, this may be a tough analogy… but just remember, the more pie for everyone, the better.

Jealousy over the success of others. This one really bothers me, as it runs directly the opposite of what I know to be true. Lately I have been troubled by the success of some of my friends and mentors. I want to be happy for them, but all I think is, “What about me?”

These are the signs I can see in my own life that show me I should be worried. I’m not proud of them. (Not at all.) The only good thing is that I recognize the problem.

I asked 1,400 of my closest friends what they thought about this problem, and here’s a selection of things that I heard back:

teepoole Take inventory of your environment, write it all down. You’ll identify where trouble really is, and also isn’t.

DanielMcclure Give something away. Feel you lack money, then donate some, if you’re lacking confidence, compliment someone. Try It!

vinylart RE: abundance – Actions are more powerful. Abundant is as abundant does.

nickcharlton It’s far easier to dwell on the bad than enjoy what is good. I’m noticing this slot myself right now.

joblessmuse Scarcity thinking dies hard. And the media supports you in thinking that way. Gratitude journal is good starting point.

chloewrites Maybe if you consciously allow the scarcity mindset for a little while, it will dissipate?

planbservices Focus on others rather than yourself. How can you help them? Give your time, effort or money. Make someone else’s day.

duffmcduffee Also realize that the financial system is built on scarcity, not abundance. Until currency changes, abundance is mental.

GarfieldHerriot Write down your negative thought on a piece of paper, cross it out and write the polar opposite. Then burn it & take action

GraceJudson You can’t “decide” how to feel. But you *can* question the beliefs & thoughts that appear to cause your feelings.

creativevoyage give away $5, make bread from scratch, get out a stack of books from the library, phone your friends

jonathanmead Best way I’ve found to experience abundance is to give yourself away freely. Time, money, knowledge, attention, compassion.

[Gratitude Interlude: You people are amazing! Every day I think about how cool it is that I get to write for all of you. Thanks for your support!]

So, What Can Be Done?

The Twitter advice is all good. I do notice the obvious themes of focusing on others, giving of myself, question beliefs, etc. Sometimes the simplest ideas are the best ones.

My gratitude journal is a bit random – it consists of entries like “Clearwire highspeed internet = MUCH better than Comcast” and “OneWorld fares are 10% off for 10 weeks!” – but hey, it’s MY LIST. Go and write your own; it should take less than one minute a day.

As a contrarian, I also like the approach of taking opposite action. When people threaten to sue you, give them what they want and walk away. When faced with declining income, give more money away.

From time to time in life, we are put up to a variety of tests. We can argue over whether there is divine providence behind this fact or not, but regardless, the tests will arrive. Count on it.

When we face such a test, how do we respond? What kind of resolution do we seek? I recommend intentional living. Taking an inventory, as Tee Poole said earlier. For a few months last year I journaled my daily answers to two questions:

I kind of fell off the wagon for a while, but this is as good a time as any to get back on. Here are my answers:

Anxious, uncertain, and frustrated with myself for not displaying the gratitude I want to show (but simultaneously eager, fulfilled, excited – life is not usually so easily defined).

I want to have enough money. I don’t want to ask Jolie, “How much did that cost?” whenever she comes back from the grocery store. Sometimes it’s OK to sleep on the floor of the airport, but other times it would be nice to get a room at the airport Hilton.

I want to wish others well. I want to be thrilled at the success of other people seeking to change the world on their own terms. I want to support them without recognition and help them do great things.

(Important Qualifier: I do NOT want a life of leisure. I want to work hard on work that matters. I believe if we don’t enjoy our work, it’s because we’re doing the wrong work.)

When scarcity meets abundance, abundance wins – but sometimes it takes a while. Friends, if any of you feel the same way, we’re in this together.

We have to get past this. It’s extremely important, both for our own well-being and also for the people whose lives are closely linked with ours.

The opposite of scarcity is ABUNDANCE. That’s what I want.

Isn’t that what you want too?

What do you think? I haven’t resolved this issue completely, and I’d be grateful for your help.

Beginnings, Process, and the Calm Before the Storm
© 2023 The Art of Non-Conformity | Site by Bytegrow Technologies