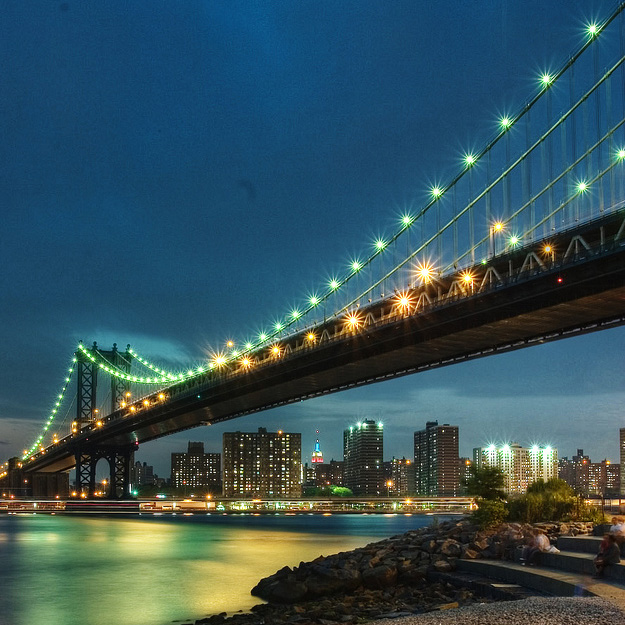 I’m here to begin a new journey as The $100 Startup goes out to the world tomorrow. Here are a few notes on the early beginnings.

It all started back in 2009. I had established the blog and began a new way of life: writing for a living. Or mostly, writing because it was what I wanted to do more than anything else.

I was traveling a lot, working my way through the middle part of going everywhere. I wrote posts and created products, adapting as I went along.

A couple of things helped, and the best thing was that I met people. Introvert that I am, I learned to host meetups and connect with readers as I went on the road. This made a huge difference. I suddenly realized that it wasn’t just faceless people out there on the other side of the screen—they were real people with fascinating lives.

It was no longer just about my own little blog or quest to see the world; in many cases these people had their own quests and big projects. They were doing exciting things of their own.

I went back and regrouped, determined to learn more about them.

Among others, many of these people were what I called unexpected or accidental entrepreneurs—those who had created freedom for themselves by following their passion and creating something valuable. Most of them didn’t have MBAs or any real business training; they just did found a way to craft a business model around something they loved.

Since I had always worked for myself, I was intrigued with their stories. I collected a couple dozen of them of them and created a product called the Empire Building Kit.

J.D. Roth and I launched EBK on board the Amtrak Empire Builder train, selling $100,000 in copies on day one as we rolled along through North Dakota. Then we closed it for a month and did another $100,000 the next day it was open. It was clear we had a hit, but more important, it was clear that people were eager to learn about a specific way to create their own escape plan.

My first book, The Art of Non-Conformity, came out that September. I went on the road to all fifty states and all ten provinces in Canada, meeting more readers and hearing more stories at every stop.

There was James in South Carolina, who had packed up from Seattle and drove a Mustang “down south” to open an authentic coffee bar in the land of iced tea and biscuits.

There was Bernard from Croatia, who answered my survey questions from a beach in Thailand while working for clients in the U.S.

In California, Brett Kelly told me about making $120,000 from an ebook. The money was great, of course, but what it represented was even better: It allowed his wife Joana to quit her second job. Brett now works at home and the ebook continues to sell by the bucketload, at least $300/day in largely passive income.

Most of these people had started on their own, without a lot of money, but in a few cases, they needed money and found a creative way to get it. Emma in Hong Kong couldn’t get a bank loan for a business, so she asked for a car loan instead. She used the money to start the business and repaid it early. (There never was a car.)

Shannon Oakey told me about going to her community bank to ask for a loan. She had all her finances in order and had supported the bank for many years, but they still turned her down. Shannon decided to do it herself through a Kickstarter campaign. She got more money than she needed and mailed a printout of the result, with a lollipop wrapped up inside, to the loan officer who turned her down.

The stories went on and on, and I began paying closer attention, asking for details and filing away various notes. Then I realized the obvious: this needs to be a book.

While I was in the middle of the first book tour, I drove from North Dakota to South Dakota. We were in the final negotiations for what would become The $100 Startup, and I had to make a choice between competing offers. I talked to my great literary agent on the phone, made a decision, and that was it—the deal was done.

I pulled over in Brookings, South Dakota and made a stop at the “Choco Latte” coffee shop. I ordered an Americano (“no choco, please”) and felt a rush of relief as I settled down to relax for the first time in a while.

This feels great, I remember thinking. Now I just need to write the book.

Fast forward to last year. I rearranged my travel schedule to be home for three whole months, a world record. We began a comprehensive research study, looking for people who would fit our model of “unexpected entrepreneurs.”

The respondents had to be able to talk about money in specific terms. How much did they make? How did expenses compare to income? What was the initial startup investment? What went right—and wrong—along the way?

Most important, what could the rest of us learn from these people? What were their secrets?

From a pool of more than 1,500 respondents, I chose the top 100 for further interviews. I made phone calls to Thailand, Dublin, London, and elsewhere. I wrote and received email after email. After a month, we had thousands of pages of data in Google Docs, Evernote, and scattered around various hard drives.

And then I wrote. 1,000 words a day for 90 days—not all consecutive, but almost every day. (This is how you write a book. The basic process is pretty simple.)

And then we edited. Wow. Talk about process. The whole manuscript was rewritten three times. Entire chapters were discarded. It was painful but worth it, all in pursuit of something that would be both inspiring AND useful to those who wanted to create their own independence and freedom.

Fast forward another six months. After returning from the Sudan, I spent the entire month of April at home in Portland. I got up at 6am and went to Crossfit with J.D. He drove while I made various notes about the launch plan, MacBook sitting on my knees. Back at home, I made breakfast and answered more emails.

Then I settled into a daily 5-hour routine. Every day, I did back-to-back media interviews of various kinds and wrote all sorts of guest posts, Q&A features, and op-eds, all set to go out over the next two weeks.

I did this every day, six days a week. On Sundays I went for a long run and to brunch with Jolie, but then I got back into the written interviews in the afternoon.

Meanwhile, Wes Wages was traveling the country, visiting New York, South Carolina, Oregon, and California to document some of the people in the book. The initial results were compiled into a great book trailer (240,000 views so far!) that featured several of the inspiring stories from the book.

Finally, the day came—yesterday. I got on a plane and flew to New York, capital of planet earth and a place I love dearly. I’ve been going on walks, seeing friends, going out to dinner, and getting ready.

I thought I’d share the backstory behind this project for those who were curious, but make no mistake—the book isn’t about me at all.

This is truly a revolution, friends. The best is yet to come, and The $100 Startup is just one part of the story. The rest of the story is up to you.

The goal of the book is to share these case studies and teach readers to do this too. One of the best things I hear is when someone quits their job to go it alone. I’d like to hear it a lot more often, and I think this book will help.

It’s not a self-help guide, it’s a blueprint for change and action. It’s a mission to connect the twin concepts of freedom and value. You create value by helping people, and you can earn a good living for yourself.

I’ve done everything I can to make the book a success, but now it’s up to the rest of the world.

*The $100 Startup debuts tomorrow—look for it online or ask for it at our favorite bookstore. Tour dates and cities are here—all tickets are free. There may also be cupcakes!

The Decision to Go (Also known as “Now Is the Time!”)
© 2023 The Art of Non-Conformity | Site by Bytegrow Technologies