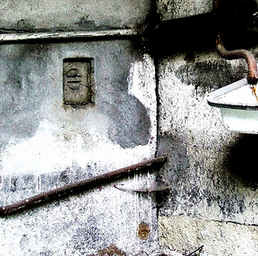 I went to participate in an event held at a bookstore in a big city. I saw on the store’s calendar that a Very Famous Author (we’ll call him Mr. X) had been there the day before.

The two exchanged a glance, and apparently decided I was trustworthy enough to not report them to their manger. “To be honest,” one of them said, “Mr. X was an asshole. He came in, didn’t say hi to anyone, and threw his keys on the counter, demanding that someone valet his rental car.”

They went on, telling me how they liked his book but no longer had a good impression of him as a person.

I reflected on this later as I left the gig (being sure to thank the staff). I thought it was sad that Mr. X had been so stressed that he took his bad day out on the bookstore staff. He might be a better author, but I’m a better person—or so I told myself.

Then I remembered a recent flight out of my hometown airport. I had stopped off in the bathroom and was washing my hands while carelessly leaving my bag out of sight. From around the corner, I heard a voice: “Hey, whose bag is this?”

I said it was mine, and the voice behind me said, “It’s not good to leave your bag where you can’t see it.”

At the early hour I was sleep-deprived, decaffeinated, and offended. Who was this guy telling me where to put my bags? I know a thing or two about travel, especially from my home airport. I said something curt—“Don’t worry about my bag. I’ll take care of it.”

Then I turned around and realized he was the airport janitor … who was just trying to help me. And then, to my further embarrassment, I realized that he had a disability. Had I really been rude to a disabled janitor?

Alas, it was true—and the realization was enough to make me feel like a pretty low person the rest of the day. No matter who you are or what else is happening in your life, if you treat the guy who cleans the airport bathrooms with disrespect, you deserve bad karma for weeks.

In the interviews with unexpected entrepreneurs that I’ve been doing for my next book, someone said an interesting thing recently: “Be sure you are nice to the cleaners.”

I think the lesson was that the people who clean your office often have access to sensitive information, and you want to make sure you don’t give them a reason to dislike you. But I’ve tried to apply the advice in another way, by making sure I treat everyone with gratitude and respect, even when I’m tired, or perhaps even when I don’t receive the same respect in return.

You can learn a lot about someone by watching how they treat the people in supportive roles around them. Chances are, you won’t always get this right yourself—I was judgmental of Mr. X until I realized I had done virtually the same thing in a different situation. The point is: people are watching you, and what you say matters.

Be nice to the cleaners. You owe it to yourself and to them.

“We Run Away from Desperation:” Thoughts on Pursuing a Creative Idea
© 2023 The Art of Non-Conformity | Site by Bytegrow Technologies