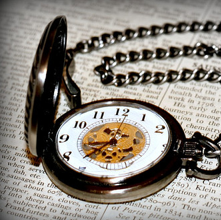 Every once in a while, I come across an article with the claim that a majority of people, usually men living in the U.S., would gladly give up a certain percentage of income in exchange for a certain amount of time. Usually, the cited figure is one day of work per week for a 20% pay cut.

In other words, according to this claim, most people (or at least, most American men) would readily trade money for time. Where the extra time would be spent is rarely specified—it could be more time with the family, or simply more time for themselves. The point is that many people feel they are giving too much time to their work, and not enough time to other parts of their lives.

According to the various articles out there, approximately 70% of American men would jump to make this exchange. Or would they?

Where It Comes From and What It Means

The claim that a majority of people are willing to trade money for time “if they only had the chance” is repeated often, and the original source appears to be a 1991 Wall Street Journal article that in turn refers to a study at the University of Maryland. In other words, the details are fuzzy—but even if the numbers are a bit high, I don’t doubt that many people would say in a survey that they would gladly trade money for time. I also think that while the original survey focused on male breadwinners, it’s probably fair to say that many women feel the same way.

Whether the true percentage is 70% or something else, it presents a big question:

If so many people really want to earn less money in exchange for working fewer hours, why don’t more of them do it?

I thought about this for a while today, and came up with these possibilities:

I think a combination of these answers explains part of the riddle, but not all. I also think that another, seldom considered answer is found in the power of inertia and the prevalence of too much wishful thinking.

The Danger of Wishful Thinking

Wishful thinking, in short, is unproductive thinking that causes you to interpret reality the way you would like it to be instead of the way it really is. Without getting into a philosophical argument about reality, I’ll just state that wishful thinking isn’t a very useful strategy for achieving your goals.

Instead of rejecting reality, consider more useful strategies—simplicity, productivity, and values alignment. Adopting one of these strategies as your own should alter your lifestyle (and available time) considerably. Adopting all three will bring you much closer to your ideal world.

The simplicity movement has been attracting more and more followers every year. This movement has a number of different strands, but what they have in common is a desire to appreciate life more, slow down, and focus on what matters to you as an individual. In most cases, followers of the simplicity movement discover that money for money’s sake is rarely worth chasing, so they simply decide not to.

Like I said, there are a lot of variations of this—from people that try to retire early and live off their investments, to people who freelance when they want to and work 15-20 hours a week, all the way up to people that simply try not to work at all—but the idea itself is worth researching.

A few good books worth reading about this are Your Money or Your Life, Choosing Simplicity, and The Simple Living Guide. You can buy them on Amazon through those links, or in the true pattern of the movement, borrow them for free from your local library.

Good productivity habits will help you do more things in less time. These habits will also help you make sure you’re doing the right things to begin with, which is even more important.

A few writers I read that regularly post about this are Leo Babauta at ZenHabits, and Merlin Mann at 43Folders.com.

Aligning your values with your behavior is one of the most important life changes you can make. Without consistent alignment, I find that I am much more likely to get off course. You can read more about this here.

The Facts of Time and Money

Here are the facts about money, as I understand them:

Some money buys some happiness. Most studies confirm that living in poverty is not conducive to happiness in the long-term. Most people do need a certain amount of money to be happy. But this goes only so far. The average point of diminishing returns is currently around $44,000 a year in North America. If you earn significantly less than $44k a year, then it’s hard to be happy. (Not impossible, I just mean that the average person earning less than that will not be as happy as someone earning $44k or more.)

Depending on whom you ask, there may be another happiness peak at around $90,000. But after that, the law of diminishing returns kicks in pretty sharply. Thus, it seems the consensus is that you need money, but not a whole lot.

A “Living Wage” is different than the minimum wage. The original study, misquoted though it may be, based their data on American men making at least $30,000 a year. $30k a year isn’t rich by U.S. standards, and in some cities it’s right at the living wage for a family of three or four. But it’s not poverty either, so the 70% of respondents who expressed a desire for more time don’t strictly need to work more to make more money.

You don’t need a million dollars to go fishing. One of my favorite stories is frequently told in a few different fashions. The basic version consists of a guy who seeks help from a mentor. The mentor asks him what he wants more than anything else in the world.

The guy says, well, I’d like to have a million dollars.

“What would you do tomorrow if you had a million dollars today?” the mentor asks.

The guy thinks about it for a while, and then says, “I guess I’d go fishing.”

The response is classic: “You don’t need a million dollars to go fishing. Just go.”

The implied question is, what do you really want to do? How much money do you need to do that? Fishing is free, or at least cheap.

Presumably, many people who earn very high incomes are also among those who say they would give up money for time. They could do so with relatively little sacrifice. So again, why don’t they?

Are you satisfied with the number of hours you work? Are you doing what you really want?

Would you give up a portion of your income for more time to do what you want? If you’re in the magic 70%, why not find a way to change your situation to create the time that you feel you need?

How I Really Got Started in Business

How to Get Paid for What You Love