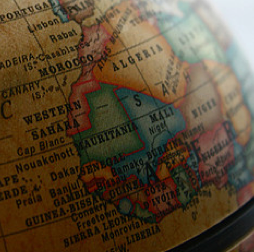 As part of my Annual Review, I count up all the countries I’ve been to and look back at the visits over the year. This time, one thing was clear: I made it to a lot of places in 2008!

For those who are interested, here is the year-end roundup of my adventures, including a few statistics, misadventures, and highlights. For everyone else, enjoy the holiday week and I’ll see you on Monday.

I traveled by the usual methods: plane, train, bus, ferry, taxi, etc. The difficult parts were the overnight train from Moldova to Romania in the middle of the July heat, feeling confused in Russia since I know less than five words of the language, sleeping in too many airports (see below), and getting tired at a number of places along the way. These challenges were balanced with countless great experiences, as well as the chance to move much closer to my goal of all 194+ countries before 2013.

I like to change things up when I travel, so I visited a broad range of rich, poor, and in-between countries (sometimes referred to as the 1st, 2nd, and 3rd world). A lot of significant countries got crossed off the list, including Iraq, Pakistan, Mongolia, and Russia. Yay!

I don’t travel that much within the U.S. and Canada, but I was able to make it to Portland (Oregon), Vancouver, Minneapolis, Miami, New York, Los Angeles, and Chicago. Most of those trips were fairly short stops of 24-48 hour layovers in between flights.

Because my travel goals have evolved a few times, I haven’t kept a complete log with each trip and the overall cost so far towards the main goal of visiting every country. By popular demand, I’ll try to do this in 2009 for those who are interested. For 2008, here are a few notes based on airline alliance and other categories.

ONE WORLD – I earned more than 220,000 miles by flying with American Airlines and other OneWorld carriers this year, but a lot of those miles represent additional bonuses. The base mileage I traveled is probably somewhere around 100k, putting me in the highest status level of Executive Platinum.

STAR ALLIANCE – Aside from a Frequent Flyer award from Seattle to Italy, I flew only about 20,000 miles with United and Star Alliance carriers this year, not enough to earn even the lowest level of elite status with them. Too bad – but I have an idea that may fix that next year.

SKY TEAM – Thanks to a status match, I received complimentary Northwest Platinum status for the next two years despite only flying with them once on another free ticket. I find it amusing that I have the highest level of status on an airline I have never spent money with. Hopefully the status will shift over to Delta as soon as their merger is complete, and that will help me with some Air France / KLM flights I’d like to take late in 2009.

AIRPORT SLEEPING – I slept in airports at least five times – in Dallas once, in Singapore twice, and in Rome twice. The second time in Rome was particularly miserable. I didn’t write about it at the time because I felt truly awful and had a very bad travel day. At 5:00 a.m. I got myself off the floor and summoned up my best powers of gratefulness. Anyway, it’s over now and at least I didn’t give up.

OTHER AIRLINES – In addition to more than 10 of the legacy carriers (Lufthansa, Cathay Pacific, etc.) in the main airline alliances, I also traveled on JetStar Asia (Malaysia), TAROM (Romania), SilkAir (Singapore), Korean Airlines, Jet (India), Kingfisher (India), and Air Moldova — with the last one winning the prize for most random airline.

I never go looking for trouble, but sometimes I do run into it. In Mongolia I was evicted from my guesthouse at midnight for reasons that are still unknown to me. All I know is, the next time you’re in Ulaan Bataar, don’t stay at Temuujin’s Guest House. I wrote in later to complain but – big surprise – they never wrote back.

I also stayed at the real-life Hotel California in a country that will remain unnamed. It was as bad as it sounds, but fortunately I was able to check out and leave.

While traveling through Eastern Europe and getting ready to fly to Tokyo, I discovered I had double-booked myself on two separate flights back from Asia. Realizing I had done that did not make for a happy morning. It was completely my fault and it just happened that both of the tickets were non-refundable and non-exchangeable. Live and learn, right?

This year was definitely the most travel-intensive year of my life so far. I went to a lot of places and became more comfortable with continent hopping. In retrospect, I probably traveled a bit too much over the summer, especially with the back-to-back RTW trips and not much rest in between adventures.

Part of the reason I planned so much travel in the summer was because I wasn’t sure if I would continue my formal education after completing the Master’s Degree. In the end, I decided against it so that I could write my book, publish 100+ essays on the AONC site for you next year, and keep having crazy adventures all over the world. Now that I have more time to plan, I’ll try to pace myself better.

Even though it was sometimes frantic, I can now look back on these experiences (among others) with good memories:

I covered the first half of my travel plans already, but I expect to make at least a few changes along the way. Regardless, I hope to visit two regions in Africa, complete most of South America, spend time in Haiti, and head to a couple places in Southeast Asia that have eluded me thus far.

As for the second half of the year, I haven’t done any of the planning yet. In my Annual Review last week I set a goal of buying a new Round-the-World ticket, probably on Star Alliance this time since the last two have been on OneWorld. If that works out, it will help me re-qualify for Star Alliance elite status and get to a few parts of the world that are otherwise difficult to reach.

Of course, I’ll do my best to make it interesting, and will let you know how it all turns out. Thanks to all of you who care about this. See you next year! 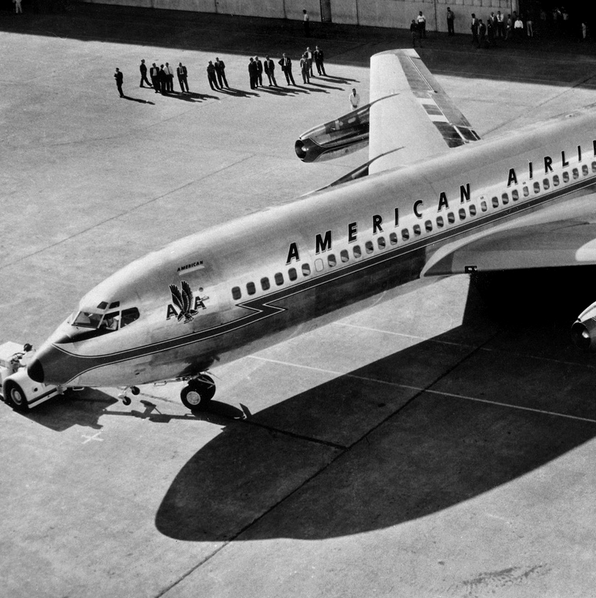 “Do You Travel for Work?”