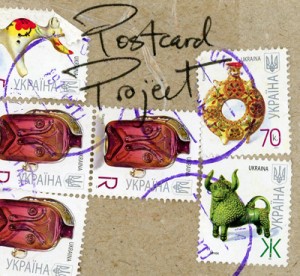 About 10% of our overall site traffic continues to arrive from links to a document I published in the summer of 2008. The document was called A Brief Guide to World Domination, and it seems that a few people liked it.

We now have Spanish, French, and Chinese translations, all made by volunteer readers. Someone else made a Kindle version for you early adopter folks. Good times.

Then, in one of my prouder moments, the site was actively banned for several months in China and from the U.S. government computers in Afghanistan—apparently the search term “world domination” was concerning to both groups.

(I wanted to include this impressive fact in a book proposal, but my agent made me take it out—perhaps it’s not as much of a selling point as I thought.)

Anyway, it’s all been fun. And one of the things that’s MOST FUN OF ALL is hearing different people’s answers to the two most important questions in the universe:

1. What do you really want to get out of life?

2. What can you offer the world that no one else can?

Now you can send in a postcard with your own answers to World Domination Headquarters, and my assistant Libby will be tasked with uploading one of them every week for the next six months for everyone else to see.

(Libby’s working hours are approximately 2-5am every weekday, but I’ll pick up the mail during the day and leave it in her Inbox.)

Here’s Exactly What You Need To Do

1. Get a postcard – any kind you like. Your hometown, somewhere you’re visiting, something you make yourself, whatever.

2. On the back of the postcard, write your name, your Twitter ID (if you have one), and your answers to the two most important questions in the universe, in whatever fashion you want.

It’s OK if your answers are just a guess, an idea, or a work-in-progress. Of course, all of you fun artists can answer the questions in some kind of visual form. And if you’re stuck, not sure, or just want to write something else, that’s fine too.

3. Send the postcard to this address:

That’s it. Once a week for the next six months, I’ll publish one of the postcards that comes in for everyone to see.

Sound good? Naturally, this is optional… but I’ll look forward to reading your notes, and sharing many of them with the world.

P.S. A note from my Very Conformist Lawyer: By sending us a postcard, you agree that we can use it to make you famous, or anything else we think of. Also, your postcard is probably worth a million dollars, but we won’t be paying you for it.

P.P.S. In case you missed the free PDF that started all of this, here it is.