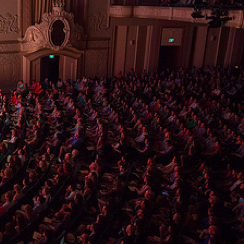 We did it! Ten days ago, nearly 3,000 people descended on Portland for the third annual World Domination Summit.

Everyone asks what WDS is, and here’s what I usually say as a brief answer:

WDS is an annual gathering of creative, unconventional people from all over the world.

This brief answer doesn’t tell the whole story, and the reality is that WDS now means lots of different things to many different people.

In this post, I thought I’d share a selection of the many posts that attendees have been publishing since last weekend’s big adventure. More continue to be published every day, so this list is incomplete by nature. For those who want to read more, simply follow the links at the bottom and you should come across a real-time encyclopedia of different experiences.

For me, one lesson from the weekend looms large over the others:

The team did such a fantastic job!

Don’t get me wrong—WDS has always been a team effort. This year, though, the team members stepped up in a way I had never seen before. People ran with their own projects and assumed ownership over them, fixing problems and creating something much more substantial and complex than we’ve ever done before.

It made me very happy and very grateful.

Our big rebranding roll-out (read more here) was overseen by Tsilli Pines. Many of the gift bag items we produced this year were completely custom, and much of it was made by local Portland businesses.

The World Float was a success in large part because of Tyler Tervooren, our Adventure Czar. Until the final hour, we honestly weren’t sure we could get more than 540 people in the water… but we did.

This year’s Unconventional Race, which featured attendees running all over town to compete for prizes and fame, worked very well thanks to our three “racemasters”: Tyler, Sean Ogle, and Nicky Hajal (our resident genius who also built the mobile platform that attendees use to check their schedules and connect with one another).

I was very grateful to Isaac Watson, a new team member who helped us coordinate our many tech requirements, and Shannon Goffe, a professional stage manager who took leadership in calling the show for the stage crew of the Arlene Schnitzer Concert Hall.

Our team Fixer, Jolie Guillebeau, and our team Magician, Michelle Jones (too busy making magic to have a website), ran a highly professional show.

Our Speaker Wrangler, J.D. Roth, ensured that every single speaker was present for tech rehearsal the day before we began—no small accomplishment!

I could go on for a while. The short version is that I’m extremely grateful to the team, the 80+ volunteer Ambassadors, and all our attendees.

WDS is about creating shared experiences and encouraging people to unite in community, adventure, and service. Before the big event we weren’t sure if we could cultivate these values in such a large group, but thanks to a lot of effort by a lot of people, we’re feeling good.

At the end of WDS 2012, we gave each attendee an envelope with $100 and encouraged them to invest the funds in a project of their choice. This year, I told everyone several times that there would be no $100 (“We thought about giving away $1 for a harder challenge!”) and indeed there wasn’t.

However, we did have a special moment with everyone before dismissing for the closing party.

We had arranged with the caterers to bring out sparkling cider for everyone in the audience while I explained more about WDS. The first year we operated as an “accidental non-profit”—meaning we lost a lot of money. The second year we invested all our profits (and more) in attendees as they left the building.

This year, we’re continuing the tradition of not making money from WDS, but in a different way. We’re creating a foundation that will provide “Scholarships for Real Life,” a series of small grants that will help people to pursue a dream that also improves the state of the world.

This week I’ll be depositing $100,000 (the same amount we gave last year in cash) into a bank account that will be overseen by a select group of trustees. The trustees include several team members, alumni speakers, and attendees. This group will be publishing criteria, applications, and eventually decisions on how distributions from the fund are made.

Once we get things set up, I’ll have a future post that explains more about how it works.

A Quick Note on the Future

A lot of people have asked that we produce WDS elsewhere or somehow create a model for people to host similar events. Others have asked that we do more to engage with an online audience, so that people who can’t attend can still participate.

These aren’t bad suggestions by any means, but we also try to pay attention to what we’re good at. After three years, we feel fairly confident in the process we’ve built. You never know about the future, but for now we’re keeping WDS as an annual event that happens in Portland every summer.

Most of our team members are volunteers who have other projects that they work on during the year. We’ve learned a lot about professionalizing certain tasks (and we hope to improve further!) but we want to continue producing this event here in our home city without going elsewhere.

Later in the fall we’ll have ticket sales for next year’s event. For now, we’re all recovering. I’m getting back to my book manuscript and planning a trip to Asia for a few days of solitude.

Hope you all are doing well! Check out the recaps below.

A First Look at Attendee Recaps 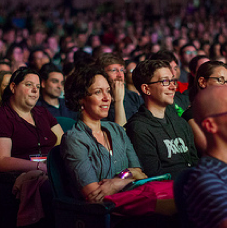 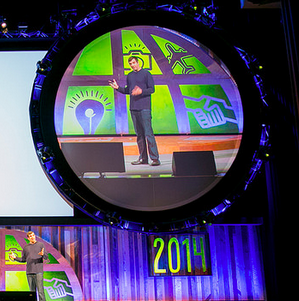 What Are People REALLY Saying About WDS 2014?

Make History by Eating Breakfast: Join Us for an All-New World Record

What Happened at WDS 2015? Unfiltered Attendee Reviews, Round I

WDS Videos Are Now on YouTube!
© 2023 The Art of Non-Conformity | Site by Bytegrow Technologies