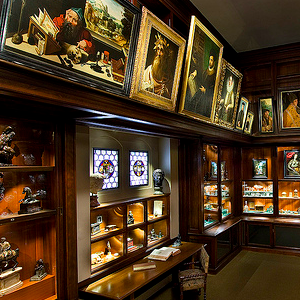 A while back I was emailing with Julien, and one of his questions reminded me of a story I like to tell…

“A lot of people probably relate to the idea of leaving behind their responsibilities and heading out to a new life, but they’re not in the situation where they just say “screw it” and buy the ticket/get on the plane/quit. What helps you get through that moment?”

Well, there are a lot of popular stories of people saying “screw it” and making big changes all at once, and they can be inspiring. But as you mention, not everyone can do that, and some people have legitimate obstacles or concerns that may take a while to resolve.

On my first book tour I told a lot of different reader stories and tried to pay attention to which ones resonated the best with audiences. Probably the most popular story was about a guy in North Carolina who had a family and a “good” day job. He wanted to make some changes but couldn’t just abandon it all and move to Thailand or wherever.

So instead of jumping ship, and instead of just going on with his self-described boring life, he started making a series of small changes. They began with what he called “Life Experiments”—just doing things differently, like going to the art museum during his lunch break, taking up a new hobby of photography, and so on.

Then he started traveling for work, and instead of going to Paris for a three-week commitment on his own, he found a way to take his wife and their three children. This way, the whole family had a fun and interesting cross-cultural experience.

Upon returning to the U.S., he eventually started consulting and is now completely self-employed. But the moral of the story, at least how he told it to me, is that the greatest change actually came from the beginning, the life experiments that helped him become more comfortable with doing things differently.

With this story in mind, I always encourage people who can’t say “screw it” to start saying “What small things can I change right now?”

Maybe that’s something that you should think about today. Have you been to the art museum lately?

A Short Note on Bridge Jumping