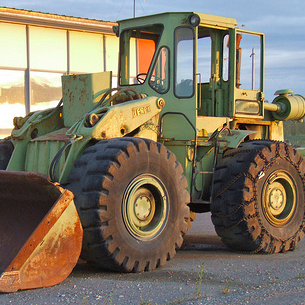 I talked with my seatmate Rachel on the flight to Singapore. She was 6G, I was 6H—Cathay Pacific Business Class.

I was sitting up front thanks to my Platinum status and a big stash of Frequent Flyer Miles. Rachel was up front thanks to the global bank she worked for, which after a brief display of frugality was now back to flying even its junior employees in Business.

Rachel was the same age as me. She had traveled to much of the world, but hadn’t really seen anything. It was always running back and forth, flying to meetings, going to business dinners, arriving late at night back in the big Asian city where she was based before getting up early for more meetings.

It was obvious that Rachel was discontented, wanted something different, and had no shortage of intelligence and drive. Yet she was the first to admit that major change was unlikely. She had a good job. Her employer flew her Business Class and paid for her taxi from the airport so she wouldn’t have to take the bus. She had spent years applying herself to earn two finance degrees, and besides, what would her family think if she turned her back on a successful career?

The Camel in the Eye of the Needle

Why is it so hard to break free of a life that’s good enough to pursue the life we truly long for? We like to think these things are complicated, but the root cause is pretty simple: change is hard, so we tend to put it off until it becomes urgent. When the time comes to change, it becomes an overpowering presence; something that must be resolved one way or another. Maya Angelou put it this way:

The need for change bulldozed a road down the center of my mind.

In the AONC book I told the story of Sean Ogle, who left his job as a financial analyst with no real backup plan in place. The most interesting part of his story (I think) was when he met with his employer to propose a remote working agreement. Sean thought it was a win-win—he could see the world while still earning a regular paycheck and benefits, and his employer wouldn’t have to replace the position. Unfortunately, the employer thought otherwise. Not only did they turn down the proposal, they also presented a counter-proposal: You’re fired. They gave him two weeks to wrap things up, and he was so shocked that he didn’t know how to respond at first.

Thinking about it later that day, Sean was bothered by how the exchange had played out. He typed up some notes with his side of the story and sent them in a memo to the boss and H.R. rep. The response was quick: Forget the two weeks—you can leave right now.

Eighteen months later, Sean has turned out to do quite well for himself. Nice work, man! But from the outside, people tend to focus on the end result rather than the process, which is always filled with uncertainty. When Sean said farewell to his first real job after college, he honestly wasn’t sure what would happen next—he just knew that something had to change.

When the time comes where you’re willing to make a big break, you may find yourself facing down fear and trying to see through to the other side. Just remember: once you start going down the road of change, you don’t always know where you’re going to end up. This very reason is why many people remain stuck in discontent but unable to find their way out.

Will it be easy? Probably not, at least not if it’s worth doing. Will everything be OK? Maybe, maybe not. That’s why it’s scary.

Many people, like Rachel, will not be able to leave behind what is comfortable in pursuit of what is compelling. Others, like Sean, will find a way “come hell or high water” to follow the path of no return.

Is there a bulldozer on your horizon? 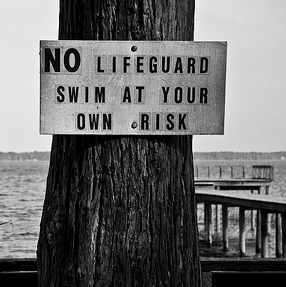