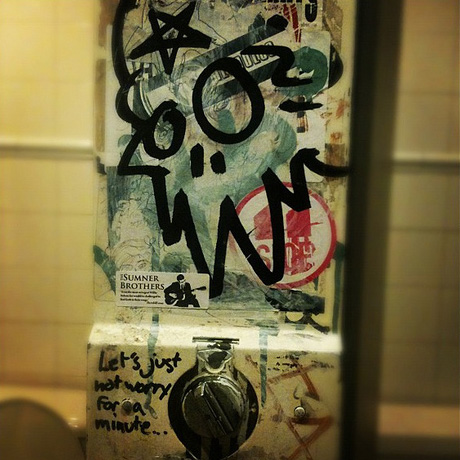 Three minutes later, the light finally changes, and you pull away … with no other traffic in sight?

A couple of years ago, this happened to me late at night while I was traveling in the midwest. I sat there and kept thinking: what a useless stoplight. What am I waiting for?

I could see clearly from all directions, and there wasn’t a single car around. Yet I kept waiting at that useless light for no good reason.

Finally I decided to go for it. Forget stoplights! I said out loud, or something to that effect. Then I pulled through the intersection and went on my way with a triumphant fist-pump.

It felt great. I didn’t get arrested by a commando team of traffic cops, and I enjoyed a strange sense of liberation for having beaten the long wait.

After that, I made an active decision to no longer stop at useless traffic lights. It wasn’t an impulsive move; it was a rational choice based on cost-benefit analysis. If I’m sure it’s safe, then the only risk is being spotted by law enforcement or perhaps a traffic camera.

I decided I was prepared to take that risk, and since then I’ve run many a useless light. I always stop to make sure it’s safe, and my rule is “When in doubt, don’t risk it.” Otherwise, though, I decided I’d no longer worry about wasting time at unnecessary stops.

It’s been a great decision.

Since choosing to ignore unnecessary stoplights, my life has improved. Each time I complete the stoplight resistance with a smile on my face and another fist-pump after successfully clearing the intersection.

But then I realized something.

The realization wasn’t that waiting forever at intersections with no one around is dumb. I should have stopped worrying about it and started running them long ago.

The big realization was that I had been waiting needlessly only because that’s what I had been conditioned to do. It wasn’t a big deal to tread carefully and then run the light—the big deal was how social obedience had ensured I would spend years NOT running the light.

Sometimes people say that you shouldn’t worry about anything. But this seems overly optimistic.

There are many things worth worrying about. The challenge, however, is to worry about the right things.

In business, worry about making money and changing people’s lives.

In adventure, worry about choosing adventure. Don’t sit it out.

In life, worry about what really matters. Worry about the fact that it is short and that no day can be repeated.

Everything else is flexible.

We Bought a Zoo