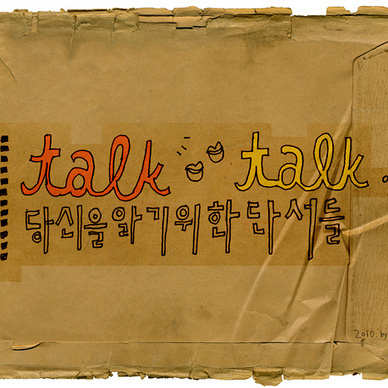 This week I’ve been reading Turning Pro, a new call-to-arms by Steven Pressfield. Here’s an interesting section on making a choice:

Sometimes, when we’re terrified of embracing our true calling, we’ll pursue a shadow calling instead. That shadow career is a metaphor for our real career. Its shape is similar, its contours feel tantalizingly the same. But a shadow career involves no real risk. If we fail at a shadow career, the consequences are meaningless to us.

Are you pursuing a shadow career?

I’ve also been on the road over the past month, talking to audiences about my own book. During QAA (Questions and Attempted Answers), the conversation often turns to the topics of risk and security. Isn’t it risky to go out on your own?

My answer: not necessarily.

Someone in Portland asked about bravery. A number of people in the audience were self-employed, and a woman in the front row said that they were all brave.

Well, I said, I’m sure they are all awesome people. Yes, they all took action when they could have done nothing (the default mode of being for plenty of other people). But what really is brave?

No one else will ever care about your interests as much as you do.

If you work at a job, the best case scenario is that they pay you a fraction of the value you bring to the company. But if you work for yourself, you have the chance to flip that equation in your favor.

I don’t feel like I’m taking many risks in working for myself. It’s a new mantra:

Self-employment: the safe choice for all the traditional, risk-adverse people of the world.

In Washington, D.C. I talked with Kelly, who quit her job as a New York City attorney to open a yoga practice. Kelly’s clients are usually female executives, most of whom have children or are pregnant.

Due to the need to make early appointments, Kelly rises very early in the morning, often 4:30am.

She told me that her first thought upon stumbling from bed at such an early hour is:

But the second thought is:

I once heard Tim Sanders speak about the difference between the “get-to world” and the “have-to world.” Most people live in the have-to world: they spend most of their time doing things they have to do.

Whether self-employment or your dream job, get to the get-to world however you can. That’s the goal.

If You Have No Challenges, Maybe It’s Time to Change Your Life

When You’re Stuck in a Hole, Look for Someone to Join You: A Lesson in Empathy
© 2023 The Art of Non-Conformity | Site by Bytegrow Technologies