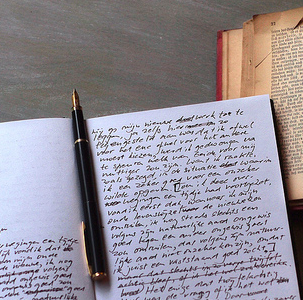 1. You write a book when you have something to say.

You write a book because you can’t bear not writing a book. You have something to say and you’re willing to put in the effort, day after day, to craft that message in the best possible manner.

I knew this before but it was good to hear a reminder of it, this time from Ann Handley.

2. “The bigger your audience gets, the greater your opportunity to screw up.”

Another thing I learned from @soniasimone yesterday: "The bigger your audience gets, the greater your opportunity to screw up.”

Sonia Simone said this, and gave the example of saying something from the stage that was slightly inappropriate. Maybe it’s something you say between friends… maybe it’s slightly off-color and you don’t think it’s a big deal. But as your influence grows, it matters because the context grows fuzzier. You can’t control the aftereffects of the message.

Stand-up comics can sometimes get away with rude or off-color remarks, but the rest of us should remain mindful of the possibility of causing harm with a poor choice of words or phrasing.

In less than two months, we’ll attempt to break another World Record. Last year we made history by putting more than 600 people on the Willamette river and crushing an existing record set by Italy.

This year, we’re going after India—a country with a lot of people!

On July 11, right before WDS opens, we’ll be gathering in downtown Portland with as many people as possible—hopefully at least 697, since that’s what we need to break the record for the largest yoga chain in the world.

WDS is long sold out and there are no more ticket transfers, but this is something that anyone can participate in.

Sign up to make history! I hope to see you there.

Lessons from the Journey: “All You Have to Do Is Put One Foot in Front of the Other”

If You Want to Write A Book, Go to a Boring Place