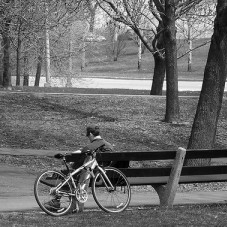 I’ve spent much of the past four months interviewing unconventional entrepreneurs for my next book, and throughout the process I learned what kind of questions solicit the best answers.

For example, I often asked people whether their venture was “worth it,” which might sound simplistic. Of course it’s worth it! I’ve learned, though, that this question often leads to a good story, so that’s why I ask.

I also learned to ask if there was a specific moment when they knew for sure they would make it. These “moment they knew” stories can be fun and inspiring.

Here are three of them, from different parts of the world.

Even with our excellent credit history, 2010 was a bad time in banking to ask for money. We didn’t need much, but we couldn’t swing it completely on our own—my husband Jon and I needed a small credit line to lease the building where we planed to house our interior design and framing business. Unfortunately, the bank said no.

Later that day, Jon was on the phone with the landlord of the building telling him that we just weren’t going to be able to make it work, and that he could release the building to the other interested party. As I heard him saying those words on the phone, I had an incredible surge of hope and I remember shouting, “Jon, no! We have to give it another shot! Tell him we just need a few more days to try again. We’ll just go back in to the bank and make them hear us out. If they’ll just sit down and listen, they will believe in us.”

It totally worked! The bank did hear our plea, and we eventually got what we needed to get going. But we almost just accepted the fact that “it wasn’t meant to be” and carried on with our lives. I am so glad we put it more effort; it meant everything to us to give it one more passionate plea.

My husband and I were traveling around Europe after I had been hit by a car. We were going to travel and then go back to Chile to shoot weddings until the bookings stopped coming in and then go back to having “normal” jobs. We had been Couchsurfing to try and save money, but after a month and a half on the road I was sick of it. So we decided to splurge in Italy. We checked into an amazing room at the Meridien, and I decided to pay an ungodly amount to use the internet for ten minutes. And that was when I saw the email. It would be our second U.S. wedding and our first U.S. wedding where I had quoted more than simply travel costs. The bride had decided to hire us and she was going with our biggest package, over $5,000.

I freaked out. I called my mom and then I called my dad screaming—stupidly using the hotel phone, which ended up costing another hundred bucks. I should’ve paid for another ten minutes of the internet and used Skype. I wasn’t freaking out because of the money, though. It was more that for a bride to pay that amount of money to photographers that don’t even live in your country is a huge leap of faith. And that was when I realized—if there was one bride willing to hire us and fly us in, there were probably more. And I started to think that if we could work both in Chile and outside of Chile, we could make this work.

The big day for us was August 20th, 2008—also known as the day when we realized our dream of moving back to my partner’s native Spain. When we set up the company in England in 2005, it was with the aim of eventually being able to move back to Spain and run the business remotely, although we weren’t sure of how long this would take. We had set up a perfect infrastructure, with cloud-based business management software, VoIP telephones, and so on, but the logistics outsourcing was the proving the biggest hurdle. We couldn’t find a company that could deal with the complexity of 250 different products, most of which were labelled in Spanish.

When we finally managed to set up the contracted out logistics operation, and drove away from the warehouse knowing that we no longer had to do the picking and packing ourselves and that the following day we were getting on a boat to Spain, I knew we had achieved what we set out to do.

The stories are powerful because they provide a keystone moment when someone goes from doubt to confidence. When you have these moments, hold on to them. Remember them the next time you encounter a big challenge.

How about you—when did you have an experience where you knew your project would be successful?

The Unconventional Strategy in Action