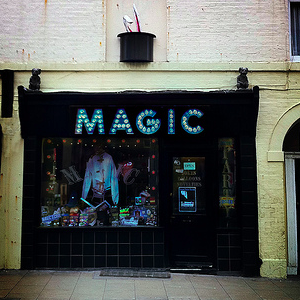 I never was much for any kind of mechanical labor.

If something breaks, I’m inclined to leave it broken. Give me a hammer and I’ll try to screw in a light bulb.

One time I changed a tire and got really excited, until the spare tire nearly fell off as I drove along.

Despite my ineptitude, there’s something about the idea of mechanical labor that I relate to. I like the act of making or fixing things.

The other day Nicky the genius developer and I were talking about a time when he was over at my house for a product launch a couple years ago. I brought him food from Pine State Biscuits, and it sat next to his workstation on the dining room table for four hours. He was so involved with his work! Eating was a secondary consideration.

Personally, I don’t skip breakfast, especially if it’s from Pine State Biscuits. But just as I relate to being a mechanic even though I possess zero mechanical skills, I understand the principle: when you’ve got something you need to deliver, it becomes an all-consuming pursuit.

On Wednesday morning I woke up with a hangover. It was a strange feeling, especially once I thought back to the night before. Instead of partying away, I had a single bourbon and simple syrup along with my Thai soup. Mostly I drank water and went to bed at 9:30pm. So why did I feel so disoriented?

On a typical launch day I get up at 5am, but I’m hardly well-rested. After a 10-hour shift the day before, I toss and turn all night, worried that I’ve slept in and will forget to do something. I wake up constantly, thinking of things that still need to be done.

There was a ton of work leading up to putting out a new product. It had an all-new design and a new checkout system. It’s a more detailed and comprehensive product than we’ve built in quite some time.

At one point a few days earlier our team was exchanging emails in the middle of the night, both pacific time and east coast time. But then a crazy thing happened: we delivered the product to the world, and everything worked as it should. There were lots of happy customers and no major snafus. Yay.

Why do you do the kind of work you’ve chosen? For me, I want to build. Why struggle to create and deliver? Because it’s fun and meaningful.

“I want to be remembered as a person who wasn’t afraid to start things.” -Tina Roth Eisenberg

This is the point.

It’s good to regularly ask yourself, “If you could do anything, what would it be?” For me, during this season, it would be working on this project.

Next month brings a new season and a new project. Then another, and another. It’s a good life, the magic of making things.

The Feeling of the Entire Day Unfolding Around You 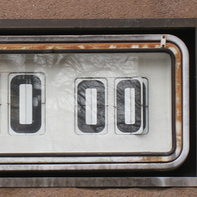 The Best Time Management Strategy: Don’t Find the Time, Find the Why