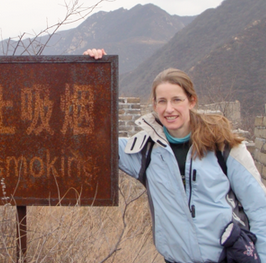 Sometimes I find out about people who read AONC and I think, “Really? They care about what I have to say?” I think it should be the other way around.

Dr. Sarah England is one of those people. She wrote in to thank me for the World Domination manifesto and I thought, “Hold on a minute! I should be thanking you for being awesome.”

After stints in Vietnam, Switzerland, and elsewhere, Sarah moved to China with her family to work against the tobacco industry. As she mentions below, attitudes toward smoking in Asia are slowly changing, but there’s still much less awareness than in the western world.

I asked Sarah if she’d share a few things about her motivations and the work itself, and she graciously agreed. Note that Sarah serves in China at the invitation of the government, so we avoided much political talk in our conversation.

Our Q&A is below.

What drew you to uproot your comfortable home and life to crusade for the health of millions of people you would otherwise likely never meet?

When I took this job and left my comfortable life in Geneva I got an email from a friend saying “You are still changing your clothes in telephone booths!” I loved it. I printed it out and carried it in my wallet and when things were very tough here my first year, it kept me going. I guess there is a kid inside me who still wants to be Superman and do something selfless and heroic.

What, if anything, prepared you to tackle this challenge? What do you wish you had known in advance?

I had spent many years working on political advocacy in the fight to stop tuberculosis (Stop TB). That work taught me how important it is to build coalitions to tackle a huge problem like TB or tobacco. I had worked in Asia previously, in Japan, Vietnam, Laos, and Cambodia, so I had some familiarity with the region and especially with communist systems of government.

I wish I could have come to China being able to speak, read and write Chinese fluently. I still can’t speak or read Chinese at more than survival level. That is a major regret, but there are just not enough hours in the day.

Your passion and ambition have brought you to many places. Do you ever crave greater stability or a more traditional lifestyle? If so, how do you deal with these feelings?

I fantasize about building a log cabin on a lake in Canada that we could all call home.

How did you talk with your family about moving to China, and how did you eventually decide to take the leap?

The kids were excited about coming from the start. They were three and five and at that age, it was just a big adventure. My husband is a physicist, and once we knew we were going to China, he managed to get himself invited as a visiting professor to China’s top science university. He’s been having quite an adventure here, too.

How is your family enjoying your new lifestyle? When there are problems, how does it affect your relationships?

The kids miss some things about the countryside near Geneva where we lived before, like our big dog (big dogs are not allowed in Beijing), and playing in the woods. But China is a fascinating place and Beijing can feel like the center of the world. Since we came in 2008 we have been to the Olympics, the World Expo and we have seen two total eclipses of the sun—one in Xian and one in Hangzhou. The craziest thing about moving here is that after a couple of years, China is beginning to feel like home.

Some schools in China are sponsored by tobacco companies. How do you deal with that potential conflict?

The Chinese public health community is taking this matter very seriously. But the Chinese government owns the biggest tobacco company in the world, and produces by far more tobacco than any other country in the world. This earned the government about 65 billion dollars from tobacco last year, so you can imagine the forces at work here.

There are Chinese NGOs that are very active on this matter, such as the Chinese Association on Tobacco Control. We support them as much as we can, but they are the leaders, not us.

What has been your biggest frustration of working in cooperation with the Chinese Government?

The National People’s Congress of China has ratified the WHO Framework Convention on Tobacco Control which means it is binding law in China. The Ministry of Health is fully committed to tobacco control and we do our best to support them with high level political advocacy.

However, there are always issues of policy coherence within any government. Differences in interpretation of the Convention and implementation issues can lead to frustrations for anyone working closely with any government on this issue. China is no exception.

Do you find that your outsider status is a benefit or a challenge for your work?

The benefit is that I am a voice of the World Health Organization. This matters in China, where WHO has gained the appreciation of the Government, particularly for its role in the SARS crisis.

How do you fight against such a pervasive issue—do you ever feel like you aren’t making a difference? How do you cope?

There are definitely days where I doubt that I am personally making any difference. But I know that as a group, the tobacco control community in China is moving forward. There is a sense of solidarity and community among us. It is easy to get tired, but we keep each other going.

Why focus on tobacco?

Based on current trends, a billion people will die from tobacco this century. Tobacco causes more preventable deaths than anything else. The epidemic is growing at a shocking rate. It is spreading to the poorest and most vulnerable, with African countries and other middle and low income countries becoming a major target of tobacco companies.

Not only is the tobacco epidemic a humanitarian catastrophe, but it is also a threat to the global economy. The World Economic Forum set chronic diseases, many caused by tobacco use, among the top five risks to the global economy in terms of both likelihood and magnitude of risk.

How does the Chinese public respond to your anti-tobacco message? Is it gaining traction?

I think so. Surveys conducted by the China Centers for Disease Control show that there is substantial public support for policies like smoke-free indoor environments. It is a case of policy trailing behind public opinion instead of the other way around.

You told me earlier that “Sometimes the world just asks more of me than I can give.” When you are feeling like this, what do you tell yourself to keep moving forward?

If you want to be highly ineffective, quitting is the best thing you can do. I have wanted to quit this job many many times, but hey, Superman never quit, did he? And on a good day, I feel like the universe is unfolding as it should.

I appreciate Sarah sharing her time and energy with us while pursuing this important work. My favorite part is her quote at the end: If you want to be highly ineffective, quitting is the best thing you can do.

I also know it’s not just Sarah—among the big group that shows up to read these posts every week, there are a lot of you out there doing all kinds of faraway work in service to a greater cause.

Since I did it for a while too, I know the secret: it’s insanely rewarding and you wouldn’t trade it for the soft life at home. But nevertheless, since I’m usually living the soft life myself these days, I also thought I’d say thanks for being awesome. I give respect! 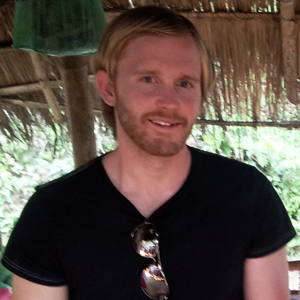 Discovering Holistic Healing: On the Road with Trent Golden 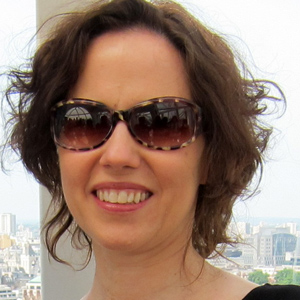 A Family’s Year in Italy: On the Road with Jacqueline Jannotta

Travel Hacker and Ethical Fashionista: On the Road with Lauren K. Lancy
© 2023 The Art of Non-Conformity | Site by Bytegrow Technologies