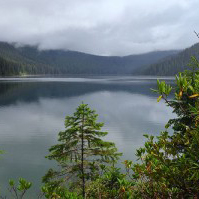 Greetings from home base in the great Portland, Oregon.

Yesterday I ran 10 miles, a fact I was happy about until I went to a dinner party and met an ultrarunner who runs 80 miles a week. She also has two young children and a full-time job.

I felt suitably shamed. Ultrarunners and any other endurance athletes out there, you have my respect … but not my company for training runs.

LIFE – I wrote about Clean Water for Ethiopia, What You Don’t Do Doesn’t Matter, Before and After, Being Busy, and Beware of Life.

WORK – I wrote about Art and Plumbing (the Seth Godin interview), Using Email to Build Your Community, and the Launch of the $100 Business forum.

TRAVEL – I wrote about Life in Sudan and Next Stop, South Pacific.

SITE AND STORE UPDATES – I wrote about What I learned from the $100 Business Forum Launch, AONC’s feature in Psychology Today, and The Missing Country & the Auckland Meetup.

For the first half of the month, I went to the South Pacific and visited Tonga, Samoa, and Fiji — my first countries in the region aside from New Zealand, which I’ve been to before. On the way back I stopped off in Auckland and met with a number of fun people who read AONC from that part of the world.

You can see photos and videos of my trips here. Drop in to take a look if you’re so inclined, and add me as a contact if you’re into the Flickr thing.

January saw the launch of our first business project of the year and first AONC community group ever. The $100 Business Forum aims to help aspiring entrepreneurs evaluate different business ideas and launch projects on a low budget. On launch morning, the 150 available spaces sold out in 90 minutes. A world record! (Or at least, some kind of record.)

The first group begins meeting tomorrow, and I’m excited to work with them. The second group starts in April and is also sold out.

This month I’ll return to Asia and the South Pacific for a visit to Papua New Guinea. On the way back home I’ll be in Bangkok for a few working days, and I’m also trying to put together a short side trip to the Maldives.

My main entrepreneurial project this month is a restructuring of the business resources I offer to customers on UnconventionalGuides.com. Stay tuned for a new pricing model for the popular Working for Yourself guide, and the development of my first higher-end project, Empire Building Kit.

Happy Birthday to the Art of Non-Conformity

Language Matters: Lessons in Editing from Mr. Rogers
© 2023 The Art of Non-Conformity | Site by Bytegrow Technologies