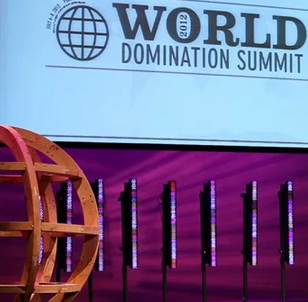 Two years ago at WDS we gave everyone $100 and sent them off with a charge to do something fun and meaningful.

Throughout the next year we heard a lot of great stories about what happened with the money. We shared many of those stories at the following year’s event.

Also that year, we announced our new “Scholarships for Real Life” foundation, which promised to provide micro grants to people pursuing interesting projects guided by the three values of WDS: Community, Adventure, and Service.

We spent the next few months learning about the world of establishing a non-profit and getting all the right permissions—a saga in itself. Thankfully, we finally reached the point where we could award grants… and thus began another lengthy application and selection process.

Over the next few weeks, I’ll share several posts from the initial grantees that we announced a few weeks ago at WDS 2014. You’ll learn how to follow their projects over the next year. At the end of the process, we’ll open up the next round of applications. The first round was open only to those who have attended WDS. The second round will open further to include WDS attendees as well as additional people who are nominated by WDS attendees.

Learn more about the WDS foundation.

“Most of Us Have a Deep Desire to Be Great”: Lewis Howes at WDS

“Your Heart Will Always Lead You Home”: Lissa Rankin at WDS

“I’m able to embrace every struggle that I’ve had with a spirit of gratitude.”: Zach Anner at WDS
© 2023 The Art of Non-Conformity | Site by Bytegrow Technologies