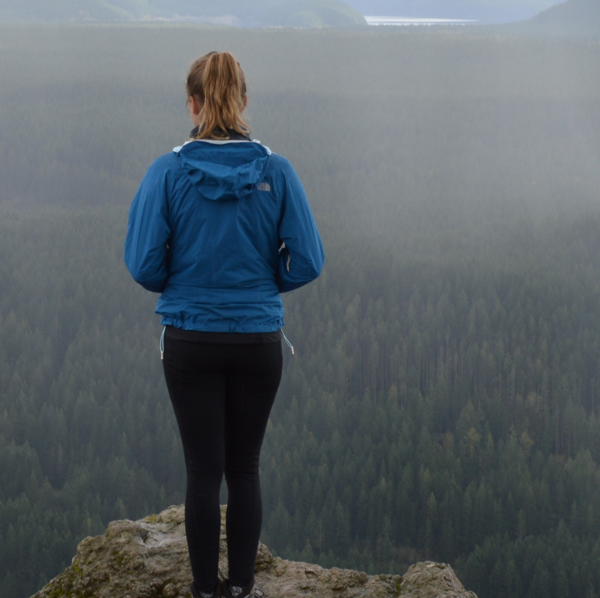 Imagine two scenarios that each require you to take on a monumental task.

In the first scenario, your task is to run a 50-mile race. You’re not quite out of shape, and you exercise regularly, but you’ve never ran anywhere close to that distance. It’s a daunting challenge, likely the most difficult physical activity of your life, and you haven’t even had breakfast yet.

Despite the tremendous challenge, you set off, determined to overcome the odds. You draw on whatever motivation you can muster. Maybe someone told you that you could never run a single mile, so you think of those comments as you place step over tired step on the ground, one foot in front of the other. Maybe you picture your arrival at the end of the race, with a crowd of supporters cheering your accomplishment.

Whatever the motivation, and whatever challenges you face along the way, your ability to finish the race depends on yourself. Granted, you may very well fail. You will almost certainly struggle and experience pain unlike any you’ve ever known. You may become injured, making it exceedingly difficult to continue. Yet the results and the outcome are still within your influence. It may be the hardest thing you’ve ever done, but it is physically possible for you to finish the race.

This version of yourself has the task of jumping off a cliff. At the bottom of the cliff, far below, a cushion of comfy pillows awaits. If you land on the pillows, you’ll be fine—and you’ll feel not only the thrill of adrenaline from jumping off the cliff, but also the pride of accomplishment. “Can you believe I jumped off a cliff?!” you’ll tell your friends at the bar that night, and probably every other night for a long time. Years later, when you look back on your life, you’ll remember this cliff jump.

But jumping off a cliff is dangerous. Even if success is the most likely scenario, there’s also the possibility of failure. Success in this case means landing safely on the pillows. In any other outcome, you’ll fall on the rocks and die. Almost all of the time, everything will be fine and you’ll have the story for the rest of your life. But once in a while, if the wind conditions change or the pillows get moved even a few meters away, you won’t be fine.

Both of these scenarios require courage. Running longer than you ever have and jumping off a cliff are both scary scenarios. The positive outcomes are attractive—it would be great to have done them—but completing the actions themselves would be tremendously hard.

Out on the trail, running 50 miles may be the hardest thing you’ve ever done, but success is at least partially up to you. Once you jump off the cliff, however, there’s nothing you can do to influence the result. You can’t go back and try again. You can’t pep talk your way into changing the trajectory of the fall you’ve already begun.

These scenarios represent the difference between “doing hard things” and “taking risks.” Though their qualities often overlap, hard things and risk are not the same. Knowing the difference can prevent a lot of pain and suffering.

With risks, however, you have to let go. You should still do everything you can to succeed, but you can try your hardest and fail. The skill in taking the risk lies in evaluation. Will you be okay if take a risk that goes against you? Either way, will you regret it if you didn’t try?

So because “hard things” and “risks” are not always the same, and because the required skills are also different, you have two options:

1. Only do hard things

2. Learn the skills to take risks

In the first scenario, you’ll certainly have plenty of challenges in life. Running a 50-mile race, or whatever your hard things turn out to be, will require a great deal of strength and tenacity. Bring it on! You can find a lot of satisfaction from doing hard things.

In the second scenario, you’ll need to look even deeper within yourself. Most likely you’ll have to experience pain, and not just the pain of running a 50-mile race. Though you’ll probably be a better person on the other side, getting there may take longer than you think.

You’ll also have to improve yourself, not just physically and mentally, but emotionally and spiritually. Simply put, to learn to take true risks instead of just doing hard things, you may need a whole different outlook on life. The skills that can serve you so well for years of doing hard things will not be adequate.

Once you understand the difference, it all comes down to a simple choice. Will you remain content with doing hard things and not gain the understanding of taking risks—or will you rise to the challenge and learn new skills as you prepare to jump off the cliff?

In your heart you already know the answer.