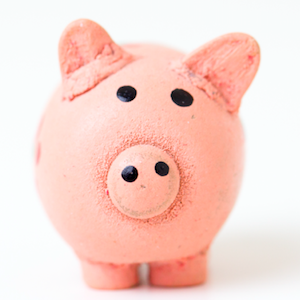 On an upcoming episode of Side Hustle School, I tell the story of someone who obtained a patent for a special kind of mittens for runners. Unlike a $100 Startup, getting a patent is not an easy or cheap process. It look several years and more than $5,000.

Still, she stuck with it because she believed in the idea and was convinced of its value. When she asked one friend where she was going to get the money, he said, “Do you own any stocks?” She said yes.

Naturally, I loved that. And naturally, I know what some people would say in response: that’s crazy, it’s irresponsible, etc.

Well, let them say it. People who want to entrust their retirement planning to a company or stock exchange won’t be alone. Whether it’s safe or risky, it’s certainly not abnormal.

Let’s include one small disclaimer: you probably shouldn’t go out and withdraw your savings for just anything that springs to mind. But when you have a dream, and that dream won’t go away, and you think you have a real chance of making it come true?

That’s when the question becomes, “Why wouldn’t you?!”

When that time comes around, don’t be afraid to invest in yourself. Whatever your ROI turns out to be, you can point to it and say, “I did that.” It wasn’t because of forces outside your control, and it wasn’t dumb luck; it was because of something that you created or influenced.

That sounds like the wisest possible investment anyone could ever make.

When You’re Stuck in a Hole, Look for Someone to Join You: A Lesson in Empathy

The Truth Is a Terrible Thing, But Not Compared to Falsehood