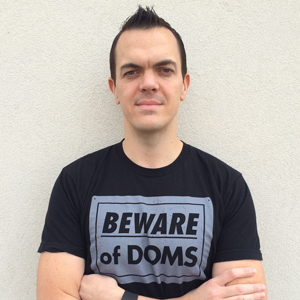 This is a reader story. (Read others or nominate a friend or yourself.)

One of the best things about embarking on a quest is that it helps you create new habits and change your routine. Sometimes, it even forces you into a new routine. For 30 days, Mark Webster went from “ordinary tech guy” to “following in The Rock’s fitness regime guy.”

At the end of 2015, I read Jesse Itzler’s Living with a Seal. Itzler wrote: “I felt like I was drifting on autopilot in my life. Wake up, go to work, go to the gym — repeat. I wanted to shake things up. I wanted to get better.” And that resonated with me.

Before I decided to emulate The Rock.

I think at different times in life, we all feel like that. We find ourselves in the same routines, whether it’s in our careers, our personal relationships, or how we take care of ourselves physically. It’s easy to get stuck, but it’s not as easy to get unstuck. My way out was a big, daunting transformation of my daily life, where the entire goal of my change was nothing but the change itself. Sometimes you just need a jolt to the system to see what you’re made of.

So in March, I decided to undertake a quest to test my determination and discipline. For 30 days, I would eat and train like Dwayne “The Rock” Johnson did for his role in Hercules.

The Rock has a very strict training regimen:

The diet consists of eating 10 pounds of food a day (including more than two pounds of cod daily!) and eating every two hours. And no carbs.

Over the course of the month, I did about 24 hours of cardio (up from about zero before), traveling over 135 miles by elliptical.

This routine included a monthly total of 6,250 calf raises.

His commitment impressed me. Sure, he has trainers and a private chef, but still. That kind of dedication, all while his career was skyrocketing? I wondered how I would measure up.

Two days worth of cod!

On day 16, I wasn’t sure I could measure up at all. I woke up with food poisoning and was staring down the barrel of “leg day,” which is by far the hardest workout of the week. Could I switch workouts and do arms instead? Maybe I could skip the day and make it up on Sunday. But deviating from my original plan felt like failing, so I dragged myself out of the house.

The universe did not make it easy. Pouring rain ensured that my feet were soaked by the time I got to the gym, so my workout began with me standing shoeless in the locker room, using the hair dryer to dry my sopping socks and sneakers. I finished the entire 2.5-hour workout through nothing but sheer will. (Ironically, this was a mini-version of something that actually happened to The Rock in his first acting job.)Though it seemed impossible, I’m glad I stuck to my plan.

I chose to make my private quest public, sharing daily blogs on Twitter and Facebook, mostly to be held accountable and make public the threat of failure. This led to a ton of support (and even press!) from friends and strangers. Having The Rock himself respond to this was really surprising and exciting:

I didn’t take on this quest to look like the Rock. It was a challenge my own discipline and it was so satisfying to see him recognize that aspect of my journey and applaud it.

A lot of this quest was about getting me out of my comfort zone. I’m not a morning person, and suddenly I was getting up at 5 a.m. I had never been on an elliptical machine for more than 10 minutes. Eating cod for breakfast in the lobby of my gym while other members came and went was uncomfortable. But that was all sort of the point.

Being able to accomplish this has made me view my everyday life as easier. It helped me redefine what I think is “hard” or what “busy” feels like. I made myself more confident, more relaxed, and ultimately happier, all by pushing myself hard for 30 days.

What seems impossible can quickly feel routine. I’ve continued to let my diet and exercise be inspired by the “hardest working man in the room,” The Rock. He now eats just five meals a day and has stopped eating cod. I’ve done the same. 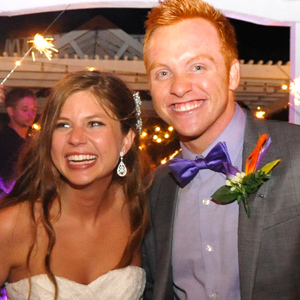 “If you’re going to spend the money anyway, you might as well get something out of it.”
© 2023 The Art of Non-Conformity | Site by Bytegrow Technologies