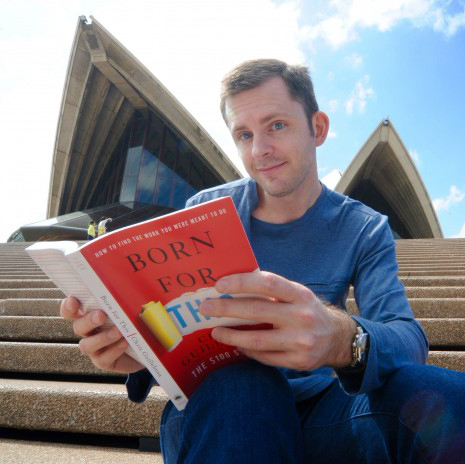 Greetings from Orange County, California! I started my brand-new tour earlier this week and have been to “only” four cities so far, but the pace will pick up starting next Wednesday.

In this new series, I’ll share a few highlights from my stops. I’ll also write some general notes about the process of touring itself. Lots of people have asked about the behind-the-scenes process of putting together a major cross-country tour, and I’m always happy to share what I’ve learned.

There’s no “author school” where you go to learn about these things. When I did my first “Unconventional Book Tour” back in 2010, I made things up learned as I went along. Back then I wanted to go to all 50 states and all 10 Canadian provinces, and I planned the stops by buying a big road atlas and spreading it out across the desk with a ton of post-it notes.

A few hours later, I had the rough outline of where I’d go and how I’d place the events on the calendar. The events themselves came together from a few different sources. My publisher at the time helped to arrange bookstore gigs in some cities, but just as many venues came from readers who volunteered to host.

It was a great experience and I went away at the end feeling tired but also fulfilled. I had the genesis of ideas for The $100 Startup, and I knew right away that I’d want to do it again—though not necessarily to West Virginia or New Brunswick again.

I’ll be at Powell’s City of Books (my fourth time!) at the end of the tour for a public event, but we started this tour with something different: a private party for friends and family.

The gathering was held at WildFang, an awesome clothing store that has its own manifesto (I like manifestos).

I got to fulfill a lifelong dream of giving my talk while standing on top of a bar… and I didn’t even fall off!

The next day I flew down to LA for the first big public event. This was held at General Assembly in Santa Monica, right next to a beautiful pier and beach. I’m doing several other events with General Assembly later on (New York, Atlanta, Chicago) and they are fantastic to work with.

You can see more Santa Monica photos here. Thanks, Mermaid! (Yes, a mermaid took these photos.)

The next morning I went to San Diego, traveling on Amtrak from Union Station in Los Angeles. Fun ride! In San Diego itself I did a private talk for Qualcomm employees, and then headed north to La Jolla for an appearance at Warwick’s.

San Diego is always a highlight for me, and this was no exception. We had a ton of awesome people!

Friday morning, I got back on the train and rode up to Irvine in Orange County. This event was held with 106 Miles, longtime friends who have hosted me on several previous visits.

[Photos for this event are coming soon.]

And we’re just getting started… I’ll be back in Portland for two days before heading out for a much longer stretch.

Remember, you can register or send your friends to BornforThisBook.com. Everyone is welcome, and I try to keep the events fun and informal. You won’t be bored, and just in case you are, there will probably be cupcakes.

Tags: born for this book tour, Life on Book Tour

A Free Offer to Help You Get Rich Slowly

A Million-Dollar Secret and 13 Keys to Success (Yep, really.)

6 Discoveries from Near and Far: Volume XXXIX