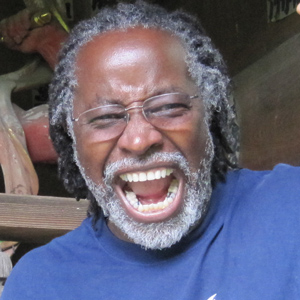 I heard about John Francis when I was researching quest stories for my latest book. His was hard to top: he’d taken a vow of silence that lasted nearly two decades. Wow! Of course I wanted to hear more.

I’m also known as the Planetwalker, because after witnessing an oil spill near the Golden Gate Bridge in San Francisco Bay I gave up the use of motorized vehicles for 22-years to take some responsibility for the mess washing up on the shore. For 17 years I maintained a vow of silence to better learn to listen, and walked across North America and the length of South America.

After seeing the oil spill I wanted to make a difference in marine pollution and raise my own environmental consciousness. Then a friend died unexpectedly, and I realized that no one is promised tomorrow—so I acted on my dream.

Were there costs associate with integrating walking, then silence, into your life?

The costs were mostly emotional and physical. I found creative ways to make a modest living, by learning to paint water colors and play the banjo. Eventually, I was funded through my work, and the non-profit I founded, Planetwalk.

Can you describe how you got through a low part in your journey?

Working on a Doctorate Degree in Environmental Studies, while still being silent, and having a difficult time in one of my Earth Science classes, I thought I might fail the class and drop out of school.

Being silent helped me look at myself and realize that I had not seen myself being successful, but failing, and that was a pattern in my life that I needed to break. I was receiving a fellowship to attend school, and the knowledge that others believed in my success helped me to believe in myself, to continue, and finally to graduate.

Did you realize anything about the world at large, too?

After walking across the U.S. working, listening, and studying the environment both formally and informally, I realized how we treat each other is reflected in our environment. Pollution, loss of habitat, and climate change are intertwined with human and civil rights, economic equity, and gender equality.

What surprised you during your years of silence?

All the institutions of learning that I attended supported me by at least allowing such an unorthodox student to be admitted to their programs, and in some cases with unorthodox financial aid that allowed me to attend classes without paying tuition until a loan, scholarship or fellowship came through.

What advice would you give someone starting a quest?

You’ll know what your journey is because you’ll have a moment of intense emotional reaction. Lots of things touch us during our lives. It could be something someone says, something we read, or witness. If something excites you or makes you cry, take another look.

Keep up to date on John and Planetlines at his site, PlanetWalk. 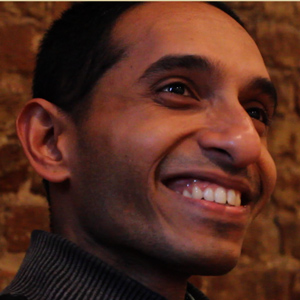 A Quest to Write and Share 1,000 Poems Using a Manual Typewriter
© 2022 The Art of Non-Conformity | Site by Bytegrow Technologies