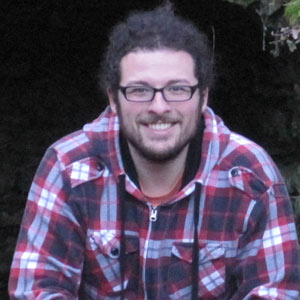 Jared and his wife were interested in how the world prays—so they went on a year-long exploration of different types of Judeo-Christian prayer. Here’s what they learned.

My name is Jared Brock. I’m a writer and filmmaker. Together, my wife and I run a charity that fights human trafficking, and we’ve traveled to over 40 countries and visited more than 40 American states and Canadian provinces.

My most recent adventure was a 37,000-mile, year-long prayer pilgrimage around the world. I explored prayer traditions across the Judeo-Christian faith, including some of the “weird uncles” and “crazy cousins” under that umbrella. I danced with rabbis, visited monks, spent time with Quakers, checked out the world’s largest church (1 million members!), and visited numerous ancient sites including Assisi, Avila, Monte Cassino, Camino de Santiago, the Vatican, Jerusalem, and Bethlehem.

What inspired you to embark on this prayer pilgrimage?

We were filming undercover in Amsterdam’s red light district. Hundreds of drunk men were standing outside a bar, watching some sports game.

My wife went into a number of the red light windows with another care worker. The girls inside were sick, tired, and scared. One looked out at the mob and whispered just one word: dangerous.

If their team wins, the men come in and celebrate with the girls, But if their team doesn’t perform, they take out their aggression on them. Either way, the girls lose.

In the middle of the district is the oldest building in Amsterdam, an 800-year-old church. Every hour, on the hour, the church bells ring. Men abuse women to the soundtrack of church bells.

I knew in that moment something needed to change.

What were the costs associated with the prayer pilgrimage?

The trip wasn’t cheap; it cost about $25,000 in total. I visited about a dozen countries, including some obscure places. We were granted an audience with the Pope and had lunch at the Vatican. I celebrated New Year’s in North Korea. I stayed with monks on Mount Athos in Greece. Gratefully, a publisher offered to pay for the trip if I wrote a book about the experience.

Can you tell us more about North Korea?

North Korea has been rated the most dangerous place on earth for Christians 12 years in a row. There are over 200,000 people in concentration camps, and over 1 million people have starved to death in the last 30 years.

It’s like being on Mars–everything is quiet, the air is filled with coal smoke, and the people are subdued. It’s eerie.

My passport was confiscated at the border, and I was assigned a guard who followed me the entire time. We weren’t allowed to leave our hotel, but it wouldn’t have mattered–we were on an island anyway. To say being in North Korea was hard is an understatement.

Prayer, not surprisingly, got me through.

What surprised you during your trip?

I didn’t realize how commercial Jerusalem is. The vendors sell shirts that read “Guns N’ Moses” and “Superjew.” The price of hummus increases as you near the tomb of Christ. You can pay to rent a cross and drag it down the Via Dolorosa. You expect the place to be ‘holy,’ but it can end up feeling crass.

My wife and I got to celebrate Passover with ultra-orthodox Hasidic Jews in Brooklyn. We ate and sang and laughed and prayed until almost midnight. It was an unforgettable experience. It didn’t end well though—we accidentally turned off the bathroom light when we left, and later realized that they’d be without light for the rest of Passover, because they’re forbidden from turning it back on!

What did you learn while on your pilgrimage?

I also had the chance to spend time at Westboro Baptist Church, the folks who burn Korans and picket at soldiers’ funerals. I walked away with a deep anger at the way they treat others.

I had to deal with that anger quickly, though. I realized it’s the same hatred that fills the people at Westboro. I remembered an old quote by a missionary name Dorothy Day: “I love God as much as the person I love the least.”

So I used that old Quaker prayer tradition called “holding in the light,” where I basically sat in silence and allowed God to change how I view the people at Westboro. It worked!

Hanging out in the Dead Sea.

I was super nervous to visit “strange” lands, but being brave and making new friendships proved the best path to overcome that particular anxiety.

The world is filled with beauty and brokenness, so aim for grace and understanding as you journey through the lives and cultures of others.

Any other interesting experiences—and what were those “crazy cousins” like?

I visited a nudist church (in winter, and not on a Sunday, so everyone was clothed!). At another site, I walked across a bed of hot coals and wore the blisters for many weeks after. We also attended one of those televangelist ‘healing’ events where we didn’t see any healing, but we did see a pretty solid shakedown for cash.

I’m willing to try almost anything in order to gain a greater understanding about this interesting world.

I finished up my year-long pilgrimage, wrote the book, and now I’m sharing the journey with others. We’re giving away all the profits.

The next travel quest, of course, is always brewing in the back of my mind. 🙂

Don’t Miss Out on Your Own Story: On the Road with Christy Campbell