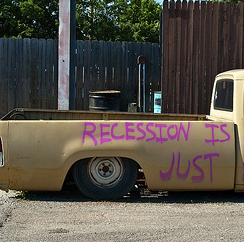 I read an interesting article in USA Today recently, which profiled seven people who unexpectedly lost their job, then turned around to create a situation better than the one they lost.

From a bus driver to a piñata maker, each of these very different individuals used the negative experience of being laid off to make an even bigger, positive change.

I know it’s hard to believe, but not everyone who has been put out of work is wasting away. Some of them have completely changed their lives to create a much better situation for themselves.

The interesting thing was reflected in a quote used halfway through the article: “If they hadn’t been pushed, they never would have taken the leap.” In most cases, the people who jumped off to a new adventure had ideas before the push came, but ideas without action are just dreams.

I’d summarize the article, and the decisions these brave individuals made, like this:

1. Change sucks. Most of us will accept a lame status quo as long as it keeps us going.

2. When change is forced upon us, wham! We realize that maybe it’s time to make a better change.

3. All things being equal, it’s usually better to try than not to. Failure be damned.

Here’s another quote that seems appropriate:

“Take your life in your own hands, and what happens? A terrible thing: you have no one to blame.” -Erica Jong

Yes, that’s hardcore. But so is unexpectedly losing your job. And so is striking out to do something totally different. Is it any wonder that 300+ of the Fortune 500 companies were founded during times of economic stagnation?

An article in USA Today naturally profiles Americans, but those of us in this part of the world aren’t the only ones experiencing a blend of hardship and growth. Valur in Iceland sent me this note recently:

I got fired in the economic collapse in Iceland last October. Although a tragedy for my nation, this has proven a stroke of luck and source of inspiration for my personal growth for both me and many of my fellow countrymen.

A few weeks after the crash in October 2008 I created what you could describe as a small legacy project that even got featured in the Financial Times. It also made me the highest monthly salary I’ve had so far. All this, thanks to losing my IT job in the finance sector.

Not everyone who gets fired will get in the newspaper, of course. Not everyone will start a business or find their dream job.

But hard times force us to take another look at what we’re really doing. Are we waiting for a push to take our leap? 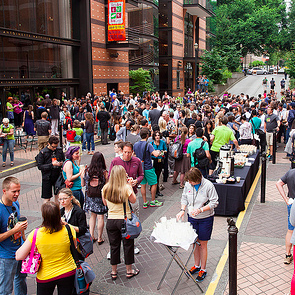