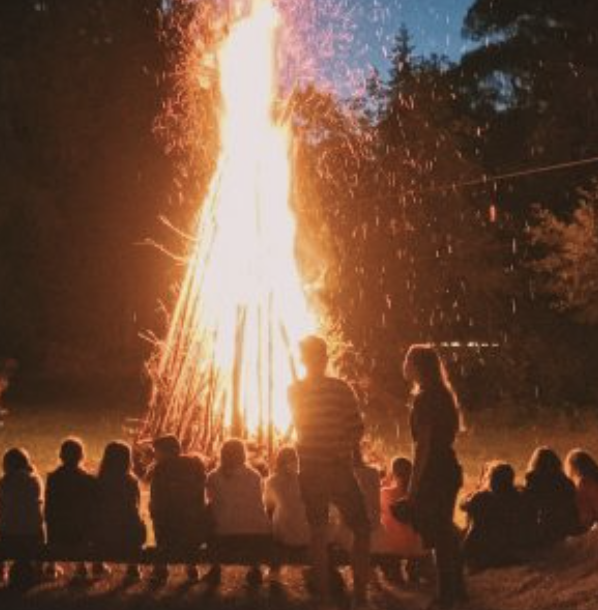 I just came from the pizza parlor that doubles as a global headquarters for child trafficking. I counted up some ballots that proved the election was stolen.

On the way back, I stopped by the drugstore to fill a prescription. I tried to tell the pharmacist about how 9/11 was an inside job, but she was busy implanting microchips into other customers.

Okay, let’s slow down. I’d like to address a topic that has become increasingly relevant: how to talk to someone who believes in a conspiracy theory.

I was going to write a long post that cited lots of research, along with some recommendations for how you can welcome your loved ones back to reality.

But the more I read, the more discouraged I became. The bottom line is that it’s pretty tough! Or at least, it’s tough if your goal is to persuade someone to change their mind.

Lists of facts don’t seem to work, because they’ve already watched a video on YouTube that confirms their existing beliefs. When the facts change, that doesn’t work either, at least for most people. They simply repurpose the new information to fit the same narrative. So what do you do?

This is not a hypothetical concern. In recent months, I’ve talked about it with a number of close friends and colleagues.

Perhaps you too have someone in your life who has suddenly stumbled into an alternate timeline of history. They’ve watched the videos or clicked on the Facebook posts, and then they clicked on more.

Now, before you know it, they’re reposting memes and sharing clips from Alex Jones. You check on their accounts after not seeing them for a while, and you’re like OMG, what happened to so-and-so?

The bottom line is that we’re all a little stumped. It seems implausible that so many people could fall under such a spell. It seems even more difficult to see a way out. But here’s what I’ve come up with.

First, let’s acknowledge some history: it’s not wrong to be suspicious or skeptical.

The phrase conspiracy theory is inherently problematic. Many things we once dismissed as absurd are now widely known to be true. There’s now credible evidence that aliens are out there somewhere, or at least they might be, and that the U.S. government has withheld information about it from the public for decades.

Tech companies like Google and Facebook have been monitoring your private communications and sharing them with governments around the world. If you have an Alexa device in your home, Jeff Bezos really is recording all of your conversations, along with whatever else takes place in any room you install his devices.

Those are just a couple of examples—there are many more. But of course, there are also plenty of “conspiracy theories” that are factually incorrect and harmful. And just because some things have turned out to be true doesn’t mean that everything “they tell us” is wrong.

Second, conspiracy theories build on one another. Once you’re in, it’s hard to get out.

Here’s something I learned while researching this post: The # 1 predictor of whether someone believes a conspiracy theory is whether they believe any other conspiracy theory. Once someone gets sucked in, they tend to go further and further down the rabbit hole. (YouTube and Facebook bear some real blame for this, since their algorithms are built on manipulating “engagement” above any other value.)

So people are right to be suspicious, and perhaps it’s comforting to believe that someone, somewhere, is pulling all the puppet strings. But the question remains—how do you talk to someone who believes in a conspiracy theory?

1. Understand the emotions behind their beliefs. They’ve been lied to before. They feel excluded, and now there’s a whole community of people who accept and love them. Makes sense, right?

2. Ask questions. A simple one is, “Do you really believe that?” Surprisingly, the answer is often “I’m not sure.” Okay, well, let’s start there! Is it plausible that this thing you’ve heard on the internet is totally wrong? (It might be helpful to gently remind people of the principle of Occam’s razor: how the most likely answer is the simplest one.)

3. Find common ground. Again, easier said than done sometimes, but important. You don’t trust the government? Well, that’s understandable. You’re concerned about your child’s health? Okay, I get that. We tend to disagree on what to do about those kinds of things, but we might as well start with the assumption that most people aren’t deliberately disingenuous.

4. Don’t shame them if they come around. Some people will change their minds at some point; they just have to do it in their own time. It’s much better to welcome them than to shame them. Also, “I told you so” isn’t helpful. “I’m really glad to know you feel that way” is much better.

Jonathan told me–I’m paraphrasing here—that he’s learned to separate values from beliefs. In other words, if you build relationships based on shared values, at times you might run up against opposing beliefs. As long as your values remain aligned, you need to accept that the other person’s beliefs might never change.

It’s not quite the same as “agree to disagree,” it’s more like “remember that the world is complex and everyone has their own information filter,” but of course that doesn’t sound as pithy. So let’s go with separate values from beliefs.

This last idea is the one I’ve thought the most about, because if you can’t easily persuade someone to come around, what can you do? Basically, you can either write them off completely or find some means of accommodation.

In reflecting on this I also realized a mistake of my own, or maybe a problem of my own design. I’ve always wanted to write for readers who feel misunderstood and alienated. In rushing to judgment over some issues (even when my judgment is correct), I might unnecessarily push away some people. And I don’t want to do that!

To be clear, this doesn’t mean you (or I, or anyone) should shy away from sharing personal beliefs. You still need to be true to yourself, avoid being neutral in the moral issues of our age, and so on. But thinking of values and beliefs as somewhat distinct might be helpful.

People who believe in conspiracy theories tend to become entrenched; they have emotional investment. If you care for them and don’t want to make a clean break, you have to understand where they’re coming from and how they arrived there.

You can still hope they’ll change their minds—especially in situations where the stakes are high, and where their personal choices have consequences for everyone else—but if you expect them to do it your way or on your timetable, you’re just going to be frustrated.

That’s what I’ve got. How about you—have you tried to talk to someone who’s left the world of reality?