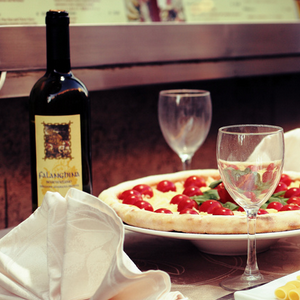 I eat at restaurants by myself all over the world. Most of the time it doesn’t bother me—in fact, I often enjoy it.

I actually thought of this post while dining somewhere that I didn’t really feel comfortable. I was staying on Palma de Mallorca, in a hotel in which the other guests were almost exclusively German and British tourists from at least two generations before mine.

In plenty of places I have no problem putting my laptop on the table and getting things done, but I had the strong sense that such a thing would be weird there. (It was weird to be there already.)

If I’d had a choice I would have walked in, surveyed the scene, then gone somewhere else. But again, most of the time this doesn’t happen. Most of the time I am a happy solitary diner. In this case, I read my New Yorker and wrote the notes for this post in my notebook. The next day, I found a different restaurant.

Do you ever eat in restaurants alone?