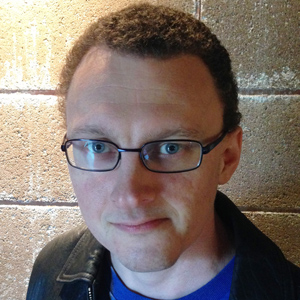 Earlier this week, David Getchel began the second leg of his three part quest to hike the Triple Crown of American trails: the Pacific Crest Trail, the Appalachian Trail, and the Continental Divide Trail. Here’s how it all began—and what’s coming next.

Starting near San Diego I hiked through desert, lush forests and mountain ranges, encountering all types of weather. The PCT ends at the Canadian border, and most people hike for 4-6 months. There’s a little bit of everything along the way: alpine lakes miles from any road, long stretches without reliable water sources, and wide ranging wildlife.

While on the PCT, I decided to tackle the Triple Crown which includes the 2,160 mile Appalachian Trail, a 2,160 mile and the 3,100 Continental Divide Trail.

Why did you decide to undertake this project?

I’m into big adventures! Once I heard about the PCT the idea of hiking it just stuck in my head. After many discussions with other PCT hikers who aspired to do the Triple Crown, I wanted to join the list of the few hundred people who have completed all three trails.

Do you know why big adventures appeal to you so much?

I got mugged in broad daylight, which shifted my course in life. If something really bad had happened, my life up to that point wasn’t fulfilling. I wanted to change my life and do more adventurous things, thus adopting a “why not?” attitude.

Once I had that first taste of adventure, I wanted more. I came alive. It feels amazing to pick something and go for it.

What is the cost of so much hiking? How do you pay for your adventures?

Hiking the PCT cost me somewhere between $4,000-8,000. Every person has a different hiking style and philosophy, so numbers for others will vary.

I saved for years doing odd jobs: finding weird things and selling  them on eBay, doing small jobs through Craigslist, and selling almost everything I own. I also sell digital products, including a course on how to conquer your bucket list and some short books. They’re not wildly successful but I like to experiment and make products.

Tell us your hiking philosophy.

My philosophy, along with many other hikers, is “Hike your own hike.” Everyone has their idea on how to hike, what to bring and how to experience the trail – just do what feels right for you. If you want to take a cast iron skillet, do it. If you want to hike only 10 miles a day when there are still hours of daylight, do it.

My hiking style is structurally loose and my pace isn’t that fast. I’d typically wake up and be on the trail by 7am, hiking ’til the sun started to set. Sometimes I’d hike into the night to get to a campsite, even if it meant walking over a rushing stream by headlamp.

What memorable encounter is fresh in your mind?

My dad, brother and uncle joined me for a few days to hike north from Lake Tahoe. Getting to share the landscapes and highs and lows (both literal and mental) with them was incredible. None of them have the same yearning for freedom and big adventures as I do, and having them step out of their comfort zones and experience the trail with me gave them more respect and understanding for what I was doing.

Their first day on the trail wasn’t easy. We hiked 15 miles over a pass, and they’d forgotten to get permits beforehand so they wound up being fined. But my brother lugged three liters of wine with him and we got to sit down together at camp and celebrate their longest hike ever in their lives.

How did you overcome a low point on the PCT?

The biggest challenge of the hike was rarely the terrain so much as staying mentally positive. Keeping my spirits high was key to my success, but it wasn’t as simple as snapping myself out a funk. Sometimes I just had to stay in low spirits until something on the trail made it all better.

At the halfway point, I’d come across several fires that forced me to find alternate routes. I was hiking with a guy named House, and we had to detour around the halfway sign, trekking over rough roads and wading through a reservoir. It was a bummer to miss the sign. But when we got back on the trail, we were greeted with a cooler of fruits and sodas from other hikers, and it felt like magic. I was happy again.

Big adventures or not, there are always going to be high and low points. I think the key is continuing through the lows, even though it feels like quitting might be easier.

I decided to finish the trail with some other hikers I met. The group I finished with called ourselves “Team Can’t Do 25” – a running joke because a hiker we passed had scoffed that we wouldn’t be able to walk that many miles a day. We proved him wrong, but I have scars to prove how tough it was.

The PCT ends in the middle of nowhere. You either have to hike 8 more miles to a Canadian lodge, or turn around and hike 30 miles to a dirt road in America. I figured going through the onslaught of finishing emotions with others would keep my spirits high.

What did you learn along the way?

I didn’t need much to be happy. Almost everything I needed was on my back. Food, water, shelter… the only thing I couldn’t carry was sharing the experience with a few cool people. Life on the trail is the bare minimum, and showed me what was really needed and what I could live without.

When I got home, I engaged in minimalism. I discarded clothes, bike parts, video game consoles, physical books and a bunch of other stuff that I realized I didn’t use and had no need to keep. Doing so allowed me feel free.

Do you have any advice for someone who wants to undertake a quest?

Whatever your quest is, it just needs to be broken down in order for you to be able to successfully execute it. I like to look at my end goal and work backwards.

Let’s take my next adventure for example. The Appalachian Trail is 2,200 miles and I’m going to attempt to do it in 4 months, finishing right before I need to head to WDS. I don’t look at the whole trail, but I break it down into town-to-town chunks which makes it much more manageable. Towns will be 3-5 days apart. I know I want to have 14 rest days built in, which leaves me with 106 days to finish, so I’ll have to average 21 miles a day.

Oh, and you can plan all you want, but at some point you just need to go. You can always adjust along the way.

I’m attempting to hike the entire Appalachian Trail, starting this week! I just need food, my backpacking gear and a guidebook. And my smartphone, of course—I’ll be updating my blog as I go. 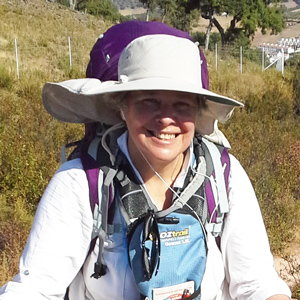 A Quest to Write and Share 1,000 Poems Using a Manual Typewriter
© 2023 The Art of Non-Conformity | Site by Bytegrow Technologies