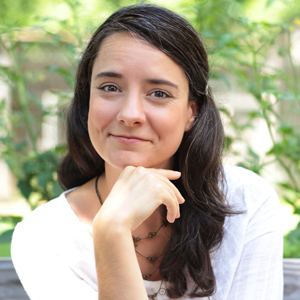 If you read this blog, you probably know all about my quest to visit every country in the world. Here’s something similar, but with a fun twist. Sasha Martin also went to every country, but in a very different way.

I’m Sasha Martin and I eat the world for a living. That sounds a little far-fetched, I know—but it’s true. I spent nearly four years (from February 2010 until November 2013) cooking a meal from every country in the world, all from my small kitchen in Tulsa, Oklahoma.

Each week for more than three years, I served up a new country to my picky husband and young daughter.

This idea, like so many ideas, came from being stuck. On the sleepless night I decided to begin the project, several concerns were rattling around in my brain. There was my seven-month old daughter, Ava, who I wanted to eat well and love the world. There was my husband who had no idea what an eggplant was, and no interest in finding out. There was the fact that despite spending a year at the Culinary Institute of America, I wasn’t cooking (but I did have 48 spice jars sitting around).

Finally, there was the fact that I missed traveling, but doing so in our lives wasn’t feasible in the moment.

Cooking the world seemed like the perfect solution to all of our challenges. Keith, my husband, would become more open to new foods. Ava would grow up with an appreciation for other cultures. And hopefully I would satisfy some of my wanderlust.

How did you fund it?

At first my expenses were simply a portion of our weekly grocery budget—about $50—and could have remained that way indefinitely had the mission not expanded to share my work and recipes so that more people could cook the world and get to know their global neighbors.

As I wrote about the adventure and my website readership grew, so did my expenses: a Canon Rebel T2i, a basic laptop, food styling props, etc. Thankfully, by the second year (or about 60 countries later) my blog had become my calling card—as a result I’ve since taken on many food styling, photography, speaking, and writing gigs. These incredible opportunities now fund my continued quest.

Tell us about the hardest part of your journey.

At the end of the day, the hardest part of this quest was facing myself.

All good quests become mirrors, challenging us to see ourselves for who we really are. Quests are not always easy. Every time we falter, we face our weaknesses (working too hard or being too lazy, being too controlling or being too fly-by-the-seat, and so on). With each step we are forced to reassess our approach so that success trumps failure.

Introspection (and lots of tears) brought me face to face with my rough and tumble childhood—a string of foster homes, the painful separation from my mother, and the tragic death of a beloved family member. Food, specifically cooking with my mother, had been an important anchor early on, but as an adult I felt disconnected from that experience.

As I worked to build my own family, cooking the world had become much more than trying new food—it became my way of working out what unconditional love and belonging meant. Reflected in the desire for my daughter to love her world, I also saw my own need to love my world and feel loved by it. After a childhood in turmoil I was hungry for peace.

I soon learned that I could not control my world or how other people behaved. I couldn’t even force my beautiful, kind-hearted daughter to love her world. Even with my encouragement, the choice was ultimately hers. The only peace I could create, it turns out, was for myself.

What a scary revelation.

But it was also freeing. As I cooked the countries, lessons from their cultures seeped into my everyday life and I felt a shift—not only in how I saw them, but how I saw myself. Cooking the world changed everything, but the surprise was that the biggest changes came from within.

Did you receive support from others? How did they reach you? Did their support help?

I’d go so far as to say that intentional quests become magnetic, drawing like-minded people together. It can feel like serendipity.

Most amazingly, foreigners in my community seemed to find me at exact moment I needed their advice. I met a half-Finnish woman at the library the very same day I planned to cook Finland. Obviously, I took her home with me. We all ate like royalty that night!

Another time I was sitting at my dining table, reading up on what to cook for Bulgaria. A Bulgarian door-to-door salesman came by with some children’s books. I brought him into the house and, after 30 minutes of food talk, I spent $200 on a six volume science book set that was way too advanced for my one-year-old daughter but came away with some pretty awesome recipes (and now that she’s five we’re actually reading the set cover to cover!).

A quest can only be accomplished one step at a time. For me, cooking the world was accomplished one country per week. A weekly goal, like this, is measurable and attainable—a small thing, really. But the project was massive. I once compared my Global Table Adventure to a three-hour drive to my in-laws. Each country worked out to be less than one minute of the drive. So, even after 3 months of hard work, I was only 12 minutes into the drive. Yikes!

If I’d kept thinking that way, I would have soon been discouraged. Whenever the scale of the project overwhelmed me, I’d narrow my focus to one question: “What country am I cooking this week?” And suddenly I had an appetite again.

Over the next year I’ll be rolling out fun, affordable ways for families to explore the word at their stovetop, including easier access to the 650 recipes I’ve accumulated as well as reader challenges, meal plans and more. (If any of these topics fall in your area of expertise, I’d love to speak with you!)

Learn more about quests and adventure in my new book, The Happiness of Pursuit. It’s available from Amazon.com and your favorite local bookstore.

Scholarships for Real Life: ADHD Community Support For Kids, By Kids
© 2023 The Art of Non-Conformity | Site by Bytegrow Technologies