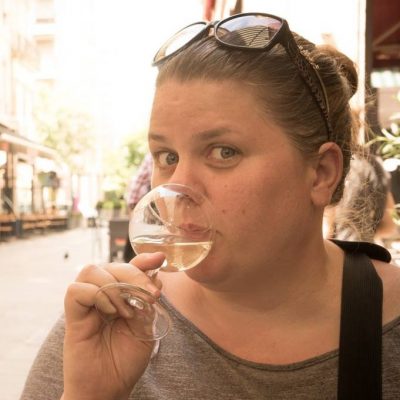 Several years ago, Christine Gilbert packed up the kids and hit the road. She and her family have been roaming the world ever since.

I’m a writer and photographer who was trapped for years in the Ann Taylor-clad body of a corporate manager, until one day I did something completely ordinary but entirely unexpected. I quit a very nice job and convinced my husband that we were moving overseas.

Since then we’ve reinvented our careers and lives at some point between wandering creatives and ill-equipped adventurers. We have two very American kids who have never lived in the U.S. Instead, they’ve grown up speaking Spanish and English (plus several other languages along the way) and sincerely believe that “America” is the place we go to get new iPads when they break (which is true, actually).

How did this all start? For me, it came when I landed my dream job. I got the big office with a view. I was clicking around Boston in my heels and using my corporate credit card to expense lunches – it was great. Except, of course, the catch: I was bored out of my mind.

I’d reached the level in my career where I wasn’t doing hands-on project work and all I could see was an endless ladder of promotions an increasing distance from any of the real work. Then about a year in, I couldn’t sleep. I wasn’t stressed out, I wasn’t under a ton of pressure, I was just so unhappy that I could no longer close my eyes and drift off to sleep. I bought lavender oils and all-natural sleeping pills, but nothing worked. There was nowhere to go. If I didn’t like this job, all I could hope for was slightly less impressive jobs at competing companies.

My body was simply rejecting my life. I had no choice but to do something drastic.

When I quit that corporate job, it was just a gesture, but an important one. It’s not all about travel for me. I’ve chosen to be a seeker, to continually look for meaning in my life, to make everything from raising toddlers to building my business align with my core values, and to constantly challenge myself to try things that are just on the edge of my comfort zone. It’s this sense of possibility that changes everything, and that gesture all those years ago shifted my thinking from a rigid place of set expectations to the expansive sense that anything was possible.

To me, that’s freedom.

Traveling taught me how to be a parent.

In the first year after Cole was born, we went everywhere. Because I was carrying around this big blue-eyed baby, people would flock to us, sometimes literally drawing crowds. Seeing how other cultures instinctively handled kids was so curious to me. In Thailand, they had this magical way of turning a crying baby around, trying to distract him. In fact, they didn’t get mad when babies cried, they just handled it.

I saw this in India too. The children didn’t cry because they were always held, passed around from family member to family member. It changed how I thought about raising children, instead of little creatures that needed to be sleep-trained or corrected, they were perfect the way they were—if only the people around them were flexible, giving and present. They just wanted our attention.

This became my framework, and it was reinforced in each country we visited. In Italy, I saw an old man yell at his neighbor and make wild gestures at him before storming off. A few minutes later, the kids were outside playing, and soon enough, a fight erupted and the kids yelled at each other in an almost identical way. Yet in China, the children were so quiet and reserved, exactly like their parents.

By traveling so much while my children were young, I was freed from any cultural expectations about parenting. Most parenting wisdom has an agenda. It’s either designed to make some parents feel superior or designed to make parents feel less powerless. But we are powerless in many ways. That’s what I’ve surrendered to as a parent, that no matter what we do, we end up raising kids who are just like us.

The best we can do, really, truly, honestly, is to just try to be best versions of ourselves.

When my daughter was two, we signed her up for Mexican preschool. It seemed way too young to me, but her older brother was going and she was determined to go too. It wasn’t until the school holiday season began and they prepared for Mexican Independence Day (which is in September) that I saw the enormity of what she was taking on.

There was my daughter, blonde, the only foreigner in her class, in an oversized red school uniform, singing a song in Spanish about the women of the Revolution with her classmates in front of all the parents. And she knew the words. And the dance. And my heart wanted to burst for her bravery and also the great gift she gave me, by showing me a way into this culture.

I felt like it spoke to every moment when I worried about saying the wrong thing in a foreign language or I paused to make a new friend or I held back at all because I wasn’t sure. Here was my two-year-old fearlessly and open-heartedly embracing the moment and just diving in.

“Problems Don’t Define a Place, People Do”: A Journey into Uganda

“If you’re going to spend the money anyway, you might as well get something out of it.”