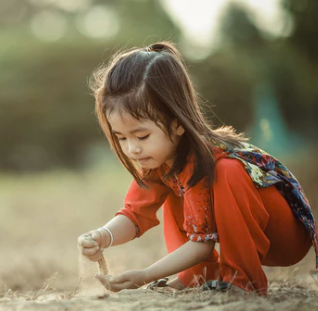 If you want to make money, question the rules and don’t study hard in school. That’s the finding of a new study:

In 1968, researchers began studying 12-year-old students who were in the sixth grade. They examined the influence of their intelligence, characteristics, behaviors and their parents’ socioeconomic status.

Then, 40 years later, they followed up with those students. Not surprisingly, the students who were described by teachers as “studious” were more likely to have prestigious jobs. But, the studious kids didn’t make the most money in adulthood.

Of course, there are caveats, the first being that life isn’t all about making money. Economic wellbeing is but one measure of success, and surely there are some non-conformist kids who choose to spend their lives doing meaningful work that isn’t financially rewarding.

The study also notes that the “studious” kids, the ones who studied hard and were model students, went on to have good jobs. So if you’re a good student, you can certainly survive and even do well. It’s just that those students didn’t have the best jobs or make the most money. Those positions were reserved for those who questioned the rules.

Still, this doesn’t appear to be an isolated claim:

“Another study, the Illinois Valedictorian Project, found that Valedictorians were less likely to become millionaires than their peers. The high school valedictorians did well in college and went on to have prestigious careers, but they weren’t likely to be the highest earning people in their class.”

By the way, I don’t think this insight is meant to be didactic. You can’t just start breaking rules and then expect that to contribute to higher odds of success. No, the point is that those who are inclined to question rules, even to break them, are more likely to be successful.

So if you’re a parent of a rule-breaking kid: take heart.

The Limits of Lifehacking: What Happens When You Approach Optimization?

The Truth Is a Terrible Thing, But Not Compared to Falsehood