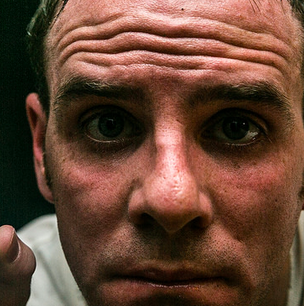 After publishing yesterday’s post, I realized I also wrote about arbitrary goals in The Happiness of Pursuit.

I use an app on my phone to track my running, especially the longer runs that I do most Sunday mornings. On a recent eight-mile run, I noticed that my pace was consistently around 8:34 per mile. At the six-mile point, I decided it would be fun to aim for an average pace of 8:30 or less. Since I only had two miles left, this would require those final miles to be run much faster than the others. Alas, I slowed down and had to walk for part of the seventh mile, thus decreasing my average overall pace to 8:36.

For the final mile, I faced an even greater challenge: To achieve the 8:30 goal, I’d need to run much faster than I had for the past hour.

I ended up meeting the goal and finishing with an average pace of 8:29. Due to the final-mile sprint, I was more tired than usual at the end, but I also experienced a sense of satisfaction. The point? Without the ability to track my pace and record it for all posterity (that is, posting it for the two friends who followed my running times through the same app), I wouldn’t have had the goal of pushing myself at the end and thus getting a better workout.

As yesterday’s article noted, keeping up with average pace-per-mile (or kilometer) is motivating—even though it’s a completely random number.

The app I use is Runkeeper.

“What Have I Missed in My Life?” Notes on The Novels Mrs. Bridge and Mr. Bridge
© 2022 The Art of Non-Conformity | Site by Bytegrow Technologies