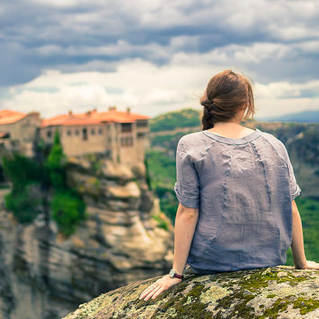 Hey everyone! Thanks as always to all who read the blog and all who participate in some fashion.

The December 2014 Annual Review was a long one. I spent 6,000+ words compiling a ton of lessons from the year, as well as plans for 2015. You can catch up on some of the posts here:

Reader Reviews: What Did You Have to Say?

We’ve gathered together a collection of awesome annual reviews from our community. First up, check out this email I received from a high school student, Evan Twarog:

At the start of 2014, I did a review, and because of it, it was by far the most successful year of my life. Writing it as a junior in high school, I knew that 2014 was the year for me to create a foundation for my future success. Some of the highlights of the year include:

*Traveling to El Salvador for a service project through Interact
*Winning the Rotary Global Essay Competition and traveling to India for a week
*Interning as a high school student at CHA Consulting, a civil engineering firm
*Racing on the Elm City Velo Cycling Racing team as its only junior racer
*Receiving an appointment to the United States Coast Guard Academy

Here’s a selection of other 2014 Annual Reviews, along with a glimpse of what we’ve learned from you:

The Adversity Within — A Year of Extraordinary Growth, With Some Unexpected Challenges

“It’s one thing to say you live by your own rules, it’s quite another to develop the understanding, resilience, and self-awareness to know what they actually are.”

“This past year, despite (or because of??) my illness, I’ve written the best songs of my career. Many sassy songs (humor has DEFINITELY been the best medicine, btw).”

“I just need to start stuff. Starting is the hardest part for me (other than finishing). It doesn’t have to be perfect. What matters is that I start. I can, and always do, improve incrementally from there.”

The Blog of Beckley — Success, Opportunity, Progress. 2015? Bring It!

“Whether it’s an adversity I have to overcome or success I fear before it’s actually come, I’m no longer going to shy away, but instead challenge myself to meet these things head-on.”

“It feels great to see a carrot on a stick but have the self-awareness to realize I’d prefer some broccoli, and the self-control to wait for it. That has felt like a win.”

Cascadia Inspired — Designing the Life of My Ideals: Preparing for 2015

“What was I doing to my health in service to a life I didn’t even want?”

“Our primary goal this year was to create a home base in Portland. Granted, it’s only 480 sqft, but it’s everything we could have asked for in a living space.”

“2014 was probably the most amazing year of my life. I spent the whole year literally on the road continuing my Round the World trip that I started back in July 2013.”

“I need to learn to recognize my accomplishments as well as my shortcomings. Balance, it’s all about the balance.”

Fizzle — How to Do a Yearly Review (and a podcast episode!)

“We’ve spent the last couple weeks in full-on year review mode. We have some new ideas to share (and some time-proven designs as well).”

“I need to continue paring down the things I don’t want to do to replace with activities I enjoy. I’ve filled an entire journal with “morning pages”. This is a huge accomplishment for me.”

“Your daily habits. Don’t neglect those and you’ll get to where you want to be eventually.”

“In those quiet moments of the early morning is where some good thinking is done. Lately, I’ve taken to keeping a pen and journal on my bedside table to catch some of these thoughts.”

Greg Faxon — Annual Review for 2014: The Year of the Leap

“Whether it was moving to DC, leaving my job, starting a business, or finding a gentler way to be with my body, I had to constantly confront the fear of failure (and success).”

Guided Brainstorm — 5 Lessons I Learned from My 2014 Annual Review

“If you let it, fear will cause you to stay stagnant.”

“In a year that felt like failure, there were an astounding number of successes. It’s important to keep the big picture in mind rather than to dwell on the negatives.”

“Having a strong WHY up front assures potential customers you have a clear and decisive reason for reaching out to them, and it makes a BIG difference.”

“Perhaps the biggest improvement: I became better at saying no and turned down multiple offers to partner with people on new businesses or otherwise spread myself too thin.”

“Sometimes, not getting what you want can be a great motivation!”

“This is really a love letter to myself, intended primarily to set the tone and intention for the year ahead.”

“This was the year of a new beginning. It was extremely challenging but looking back, I’m happy I did it. I’m happy I’m doing this.”

“Spending some time to take notice of the good things (and appreciate them / be grateful for them), as well as remember our desires makes a lot of difference.”

Live Your Ideals Project — 2014 Annual Review: The Year of Courage

“I’m genuinely surprised how helpful it was to list out all the things that went well this year. I’m feeling so lucky.”

“This year we paid off the last of my $70,000 in student loans, which I consider the biggest accomplishment of my life.”

The Panda Chronicles — 31 Days of Pandas: Day 21 and my Annual Review

“If I have learned nothing else from pandas, it’s that you pick yourself up from what seems like the worst thing ever, and get up, have lunch, and maybe climb a tree.”

The Pursuit of Joy — Reflections on 2014

“Without goals, we drift along in life and allow others to set the agenda for us.”

Puttylike — A Year of Change, Upheaval and Growth

“I’ve learned a lot about myself, what I’m capable of, and what sorts of things I need in my life. I’ve gotten better at navigating relationships, and, for lack of a better term, adulthood.”

“We started a business that we could operate anywhere and decided to live simply. This allowed us the flexibility and freedom to pursue our biggest passions of travel and relationships.”

“You can’t control what you don’t measure – After a lot of false starts and experimentation, I think I’ve found the right mix of tools, tricks and apps to help me with this.”

“My three focus words (thanks Chris Brogan) were: Growth, Packaging (as in putting a finished shine on what I produce, overall), and Visibility.”

“I’m still making New Years resolutions but am cognizant that there is a divine plan, synchronicity… call it what you will… at work which is exponentially better than any plan that I could come up with.”

“2014 has been a fun year with many trips around Europe, lots of improvements on the blog, planning for the future and finally getting around to completing my next book.”

“I’m going to be hiking the Appalachian Trail next year and hopefully the Continental Divide Trail soon after. I want to focus my time on those before starting to seriously get into building a house.”

“It isn’t about being perfect, it’s about making progress; being a better person than I was yesterday.”

What’s Your Bigger Story? — Questions You Need to Ask to Bring Out the Best in You in 2015

“If you want to be a more advanced expression of who you are in 2015 it is necessary for you to actively explore and question yourself and examine how you are doing your life.”

The Wonderful Words of Carminelitta — On 2014 and Life

“Sometimes you have to look your fears and pain in the face and tell them that you’re through with them. They do not define you.”

“I think it’s important to be honest about the good and the bad, and hope that it will help others.”

9 Clouds — Business Goals: 3 Metrics to Measure in a 2014 Annual Review

“Learning new skills may not always be as important as learning how to better the skills you have.”

“I’ve made a lot of new friends and tried a lot of new activities, and I feel really at home with my new home. But when you start getting comfortable – that’s when it’s time to do something big, right?”

Did We Miss Yours? Let Us Know!

We know there were a ton of review posts going up, and we probably missed a bunch of them. If yours isn’t on this list, send me a note—we’ll add as many as we can. 🙂

Developing Your Own Philosophy of Travel

Good Things About the Recession