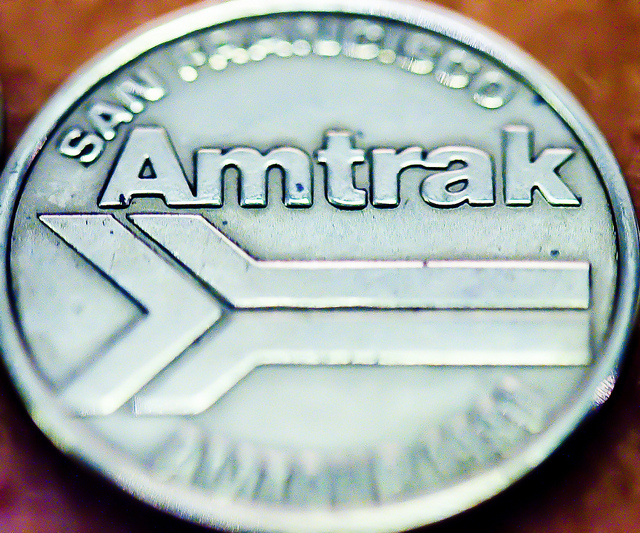 Greetings from the Coast Starlight! I’ve been riding Amtrak 18 hours through Oregon and California, while traveling to San Francisco and eventually (by plane) to San Diego.

Aside from some short journeys, though, I haven’t been on “real” Amtrak for quite a while.

So why now? Well, to be honest I don’t think I was aware of how good the points redemption opportunities have been. Amtrak divides the country into zones and charges the same number of points for travel within any particular zone. In other words, there are some great values to be had when booking with points.

Fun fact: When booking with points, anywhere you travel within a zone is the same price!

Note: Very soon, Amtrak will no longer be an Ultimate Rewards partner. If you plan to travel on Amtrak using Ultimate Rewards points, better transfer them soon. There’s also a devaluation coming up, when their points will be worth less—another reason why I booked now.

Going from Portland’s Union Station all the way to Los Angeles takes more than 30 hours. I decided to go “only” to San Francisco, which is about 18 hours including the overnight.

I booked a “sleeper roomette” cabin, which is smaller than the full bedrooms but definitely a big step up from just having a seat. It includes a seat that converts into a bed at night, as well as access to a nearby shower. When booking either a sleeper roomette or a full bedroom, meals are also included. (Yes, even on points bookings.)

I don’t think this is the most convenient way to travel the west coast, but I had time and was able to work through the whole afternoon and evening while on board. Since it was free instead of the $460 it cost when paying with cash, I thought it was a great value.

Since most people fly or drive when traveling through the U.S., you have to go out of your way to take Amtrak. Some of the people you’ll encounter onboard really like Amtrak and wouldn’t travel any other way.

When I was boarding, an older couple walked past me. “This is so much better than flying!” one of them said, and the other agreed.

I know I’m strange, but personally I really like flying. It’s not something I want to avoid. In the days of old I would willingly schedule extra segments just to earn more miles or keep the experience going. So if you hate flying, I suppose Amtrak is wonderful. I don’t see it as wonderful so much as I see it as very different.

You have to be prepared for extended delays, since commercial trains are given priority in the U.S. You also have to put up with a fair number of quirks.

For example, there’s a shared library for sleeping car passengers, but this classic novel appeared to be the highlight:

Classic reading from the limited library on Amtrak’s Coast Starlight. Can you believe this was still there when I disembarked?!

Dining car reservations are shared, meaning that you can’t sit alone if you want to. Extroverts and people who enjoy talking to random strangers will enjoy this. Introverts like me will be like “WTF… I can’t have my own table?”

I spent most of my afternoon and evening working from the parlor car, during which I observed most of my fellow passengers get drunk. Seriously, no one else in the car had fewer than three drinks, and several people kept drinking throughout the whole trip.

I don’t think they were just buzzed, though. They were also… interesting. While working away I heard these comments (among others):

“Does anyone know what the time difference is?” (Uh, the train is going along the west coast from Seattle to Los Angeles.)

“I’m on my 17th beer.” (From someone who may have been exaggerating but didn’t appear to be completely lying.)

“I was a dancer for several years, but that was illegal in Utah.” (I decided not to speculate.)

By the way, I posted the comment about time zones on Twitter, and Amtrak responded to let me know that there’s actually no time difference between Oregon and California. NO KIDDING, AMTRAK.

Overheard on Amtrak from Oregon to California: “Does anyone know what the time difference is down there?”

If you can handle the quirks (and maybe even appreciate them), then long-haul Amtrak is for you. And for now, at least, it’s extremely affordable if you can transfer in some points. Choo choo!

Until December 8, you can transfer Chase Ultimate Rewards points into any Amtrak account on a 1:1 basis. I needed just 15,000 points (i.e. cheap) for this trip, so I transferred exactly 15,000 points in. There are no taxes or surcharges, I just called up Amtrak and booked without any issue.

Also, you can go anywhere in the zone for one price. In other words, it’s the same 15,000 points for my roomette whether I wanted to go all the way from Seattle to Los Angeles or just between any two points en route (that’s why I did Portland-San Francisco).

It’s easy to get Ultimate Rewards points. In fact, right now there’s a fantastic signup bonus on the Chase Sapphire Preferred, my favorite card of all time. For a limited time you can earn 60,000 points (normally 40,000) after getting the card and completing a $4,000 minimum spend.

If you’re reading this later, when it’s no longer possible to transfer Ultimate Rewards points, you’re not out of options. You should still be able to transfer them from Starwood, and probably some other partners too. The most important thing is that you don’t need to ride Amtrak all the time (I almost never do) to get the points.

One tip, though: in January, the award chart will change to a revenue model (where the number of points increases as the cash price increases) and it will no longer be as advantageous to book Amtrak awards.

If you’d like to read bad romance novels and watch people drink excessive amounts of mediocre wine—all the while enjoying beautiful scenery, of course—now’s your chance! 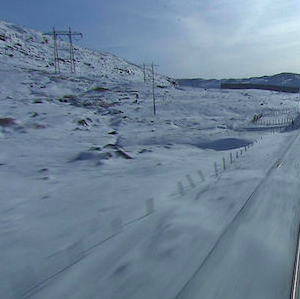 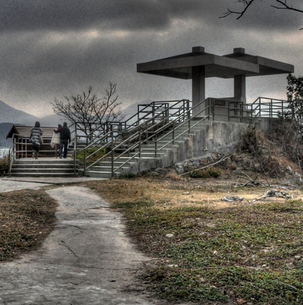