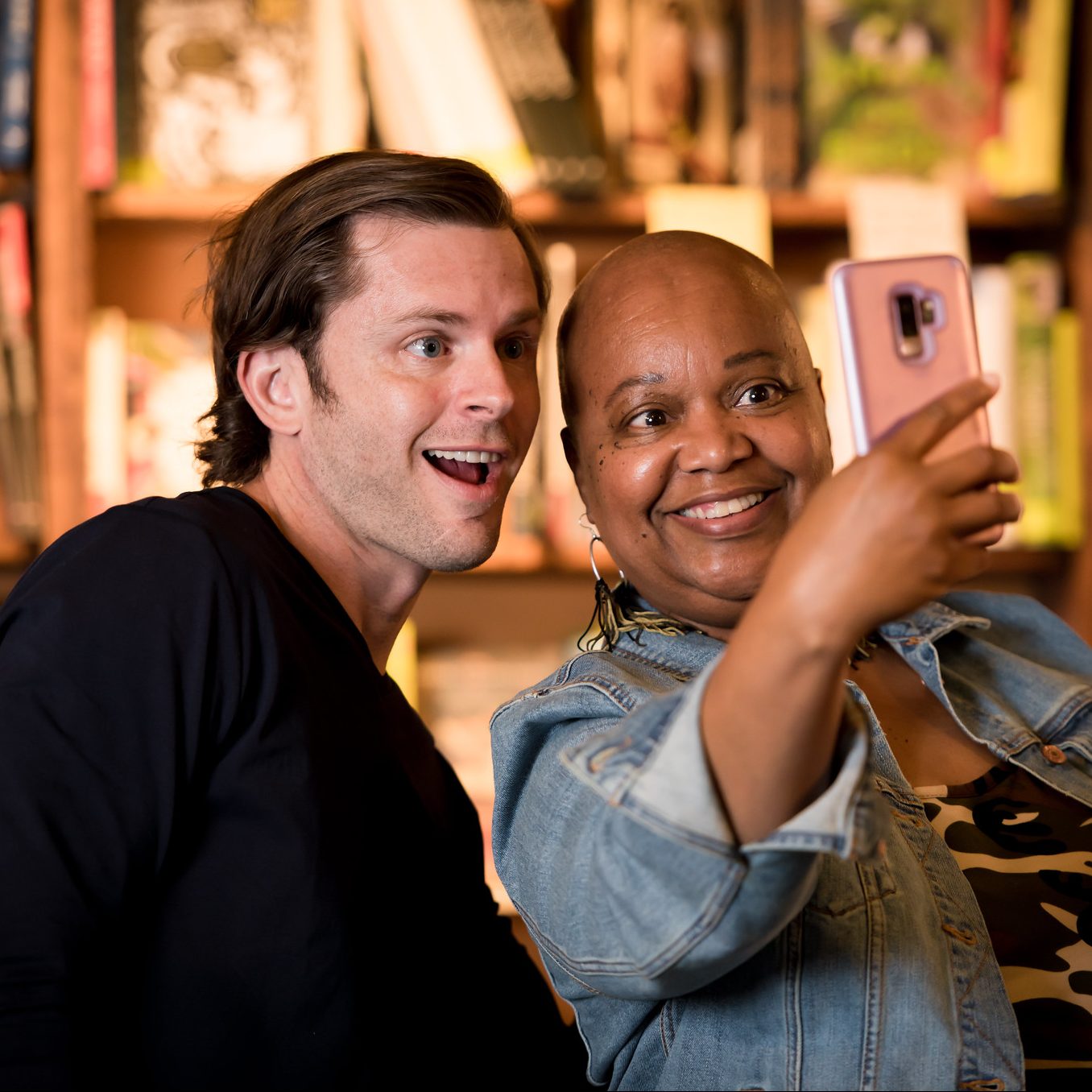 I’ve had a wonderful time visiting my first batch of cities for the 100 SIDE HUSTLES tour. I’m on to San Francisco next, and I hope to add several more stops before the summer is over.

We now have more than 500 photos online, which you can access at the links below. I’ve also included a few of my favorite photos and memories (so far…) further down.

In Phoenix, I went to Changing Hands, the only bookstore aside from Powell’s in Portland that I’ve been to for all six of my books. It was a great opening night!

In Austin, Brian Thompson gave me a cool laser-engraved book cover (his business, Lasers Make It Awesome, is featured in the book).

New York City was packed! Several of the events were standing room only, but this one had the highest overall attendance.

The hometown crowd showed up well for my sixth event at Powell’s.

I’ve had a lot of fun talking with young side hustlers, including this guy who is thinking of starting a Spanish-language Fortnite channel on Twitch.

We’ve had lots of amazing treats and goodies, including homemade banana bread, Timbits (when in Canada…), and of course, lots of cupcakes.

But nothing compares to this incredible creation from Karen Nguyen in Toronto:

In Vancouver I got to sign Davie’s Kindle for the third time. The first time was back in 2011!

Right after I finished this first set of cities, I returned to Portland to host WDS 2019, the world’s greatest gathering of awesome people.

I feel fortunate to know so know so many people doing interesting things!

The best is yet to come…