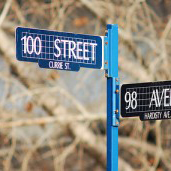 I made it home to Portland after walking around Almaty, Kazakhstan for several days. For some reason I didn’t have high hopes for Kazakhstan, but I actually enjoyed it… and no one really acts like Borat.

This is the Sunday Store Update, where I share some brief news about the business side of AONC.

One hundred days ago, we launched the Empire Building Kit for the first time. I was on a train with J.D. Roth in North Dakota, headed towards Portland from Chicago on an epic adventure that began with a stop in Cape Verde. Insane! But so much fun.

A month later we did a major partner launch, also for a limited 24-hour period, and a month later I put it in the shop on a long-term basis.

The “killer app” for EBK came in the promise it offered: how to build a business in one year, by doing one thing every day. Part of this process involves a daily email that is sent to everyone in the program. In the early stages of development, I wasn’t actually sure how to construct a series of mailings that would continue one a day for an entire year—I just started writing, and after the first 20-30 were ready in first draft, things clicked into place.

Well, the first group of emperors recently completed the first 100 days of the series. During that time, we’ve covered topics such as:

Plus a lot more… 94 more, to be precise. I finally got smart midway through and realized that the group itself would have a lot to share, so I invited them to do so. Now we have a “Small Biz Disaster” series and an “Emperor Spotlight” series that kicks in after the 30-day point, produced in part by the customers who are building their own empires.

A number of people have said that the 365-day email series is their favorite part of the whole kit… which is interesting, since I initially planned it as a value-add that would clarify things in the numerous interviews. At some point I’ll update the reviews page with some of the notes I’ve been getting, but for now I’m busy planning a book tour (below) and writing the rest of the series.

–>If you’re interested, you can get your own set of 365 daily emperor lessons here.

Thanks to everyone who has signed up for this fall’s Unconventional Book Tour. I’ve made a few changes based on your feedback. Trenton is now Montclair. Tulsa is now Oklahoma City. Bozeman is now Missoula. Anchorage is, well, still Anchorage.

I’m confirming venues for the major markets this month, hopefully for everywhere else in the States next month, and followed by the ten Canadian stops after that. We’ll be at the flagship Borders in New York City (Columbus Circle) for the launch on September 7th, then at the flagship Powell’s in Portland (downtown location) for the final U.S. event on December 16th. In between, of course, I’ll be at 51 other stops throughout the country.

A bunch of people have asked how I’m sorting out the logistics for this adventure. My response: I have no idea! Really. Well, OK – I have some idea, but I’m honestly making most of it up as I go. Jeffrey helped out a lot with flight and Amtrak schedules. Reese and Nicky did a great job with the registration site.

It’s a collective effort and will be even more of one once I finally get out on the road. I’m simultaneously scared and excited, which I figure is a good thing.

For now, I’m back at the home base, and sticking around for two weeks. I hope all is well in your part of the world.