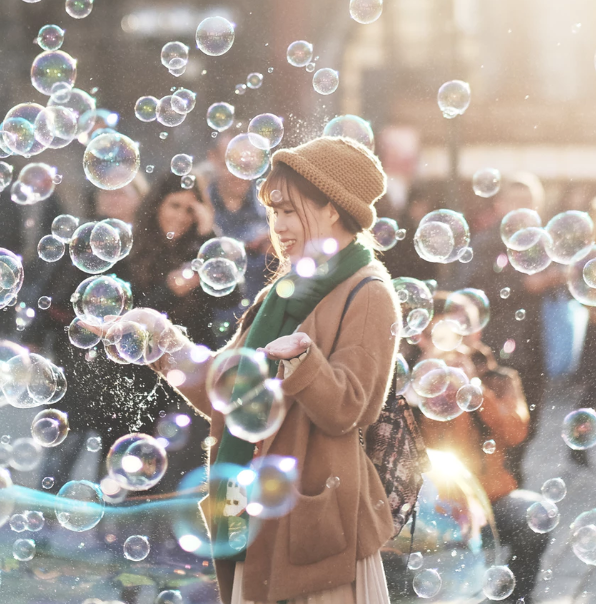 Magic is all around you. Maybe you’ve even made some magic of your own.

What you might not realize is that there’s a formula for such a thing. This formula requires three conditions to be met before magic can occur:

1. You have a crazy idea.
2. You can’t stop thinking about the crazy idea.
3. You decide to do something about it.

Note that all three conditions need to be met. Merely meeting one or two of them isn’t sufficient.

Everyone has crazy ideas. At least once in their life, everyone has a big dream. This tells us that having a crazy idea or big dream isn’t enough.

Most of us also have ideas that come and go. That’s fine and normal—but if your idea fails to turn into an obsession, you can’t make any magic. So you need an idea that won’t leave you alone. One that keeps you up at night and draws your attention when you’re trying to do other things.

Finally, you can have a crazy idea that you’re obsessed with … but if you don’t actually do anything about it, you’ll just end up disappointed and frustrated.

Therefore, you should ask how you can cultivate each of the three conditions in your life.

First up is having enough crazy ideas to work with. These come from the dreamer in each of us. You have one, too, even if that part of you has been stifled or restrained. And even if you consider yourself “creative,” you still need to practice the art of coming up with ideas.

So start with a list. It could be a list of things you want to do, become, or achieve. It could be a bucket list or life list of sorts. Or it could just be a Very Short List of five goals.

At this stage, unrealistic is not a label you should apply to your ideas. Sure, if your idea is truly impossible, maybe you should cross it off your list. But as long as there is a possibility, however remote, that you could make your dream a reality, you shouldn’t dismiss it offhand.

Next is the obsession condition: where you can’t stop think thinking about your crazy idea.

Before I started the blog, I went through a long season where I would wake up at night with ideas for posts. I kept a notebook by my bed and jotted down lines (usually in illegible handwriting…) in an attempt to remember them. Then, wherever I went during the day, I’d still be thinking about it. In the final two months before I finally hit the publish button for the first time, I thought about it every day.

Finally, we come to the third, all-important condition: you have to do something about your obsessive idea. You have to make an active decision, and you have to get to work.

So many people sabotage themselves at this stage. The world is full of people with wondrous, magical ideas who never let them out of their imagination. They remain stuck. They often end up getting mad at other people, or just disappointed in themselves.

To help with this stage:

The last one has been particularly powerful for me. It might sound negative at first glance, but in my experience, thinking about regret is highly motivational. I knew I didn’t want to look back and say, “Yeah, I had an idea to do this thing … but then I got distracted.” Or “It might not have worked out, so I didn’t try.” No way!

However you do it, you have to go from idea to obsession to action. This is the proven path; these are your three conditions.

If you’re trying to decide whether you’ll be a dreamer or a do-er, there’s more good news: you can be both. And you should be. At least if you want to make ordinary magic.

You are already capable of so much. So now the question becomes: what will you do next?

The Myth of the Self-Made Man