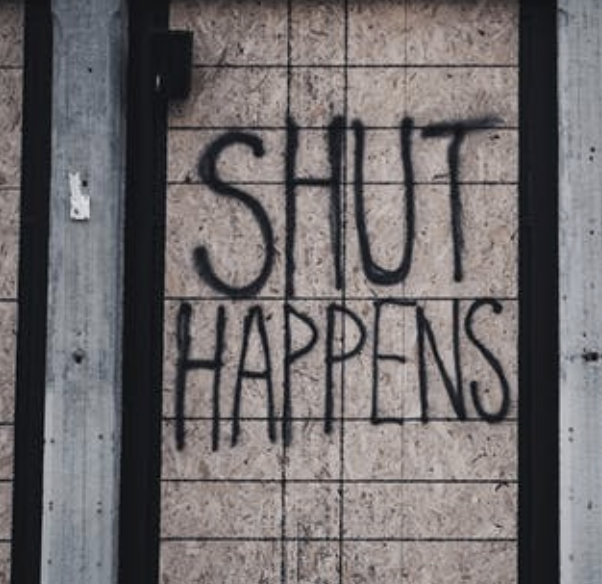 I started writing this post by trying to take stock of a few things about this year that were good.

The process was easier than I expected. Sure, 2020 has been a dumpster fire year in many ways. But when I really stopped to think about it, it wasn’t hard to identify several things in my life that wouldn’t have happened were it not for the world coming to a stop.

I began learning a lot more, for example. I used to identify as a “lifelong learner,” and at some point it became one of those things I said about myself that was more true in the past than in the present.

So this year, especially in the past few months, I’ve returned to active learning. On average, I’ve been reading and studying at least two hours a day. It feels great! And I’m pretty sure it wouldn’t have happened if I was traveling half the time, hosting events all over the place, and starting tons of new projects.

That’s not the only thing on the list. It’s always possible to find silver linings, and in a brief examination I found several.

But as I made my notes, I realized that there was something even more important that was hard to put into words, or at least into a short bullet point on a list. Somewhere through this process, something else happened that far eclipses everything else.

Here’s the best way I know to put it: in 2020, I gained more awareness for daily life than I had before. I began to notice things I’d missed before.

Some might call it “living in the moment,” though I wouldn’t use that phrase myself since I’ve never been good at such a thing. But I don’t doubt the merit of living with intention and trying to appreciate each part of it as much as possible.

So for me, somewhere along the bumpy course of 2020, I simply began to notice more. I saw things I’d missed before. I gained a heightened sensitivity to dynamics I’d previously overlooked.

I also learned to appreciate a new routine that was much quieter. Travel-wise, I haven’t left the United States since February. This is not only a record for me, I’m pretty sure it’s a twenty-year record. There was a time not too long ago when I went completely around the world at least once a month. Now I go down the street to pick up food and carry it back to my home.

We can, if we so desire, learn to see everything that is both terrible and wonderful about the pandemic time vortex. In a year in which so many of our choices have been shown to be illusory, this choice remains.

The lesson isn’t as simple as “Slow down and take it easy.” Not at all!

One of the things I was most looking forward to this year was a big tour for my new book, The Money Tree. I haven’t done a proper tour to meet readers all across North America for a long time, and I wanted to go all-out.

Like so many other people, those plans had to change. Instead of going to forty cities, I went to … zero. 🤷🏼‍♂️

It’s not like I’m turning my back on my old way of life. If I was able to tour like I’d planned, I would have happily done so. And I look forward to being able to do it again.

But instead of complaining about this year, feeling a sense of loss over not being able to do what I’d planned, more and more I’m feeling a real sense of gratitude. I am thankful for this forced adjustment, truly.

Lately I’ve been reminding myself that most pain comes from focusing on either the past or the future—neither of which we can really do much about. By not worrying about all the things we can’t control, we can become more centered in our intentions to influence the few that we can.

So I’d like to say thank you to the year known as 2020, for showing me (again and again!) the importance of living for each day.

Oh, and thank YOU, dear reader, for coming to my blog and taking the time to read these posts. I don’t take your attention for granted. I hope to always deliver something helpful or interesting to you.

For the record, I do look forward to 2021. But I’m not quite counting the days, because it will come in due time. As Sir Paul McCartney wrote: There will be an answer, let it be.

P.S. Every year I try to remember people who might be feeling sad during the holidays. If that’s you, please read this post.

Calm Before the Storm

The End Is (Always) Near

Happy Thanksgiving from the Homeland

The “Help Someone for Free” Experiment: Results & Observations
© 2023 The Art of Non-Conformity | Site by Bytegrow Technologies