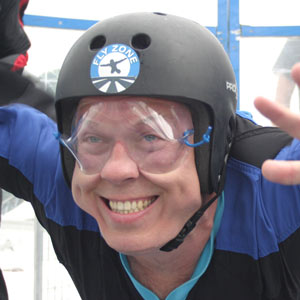 We all meet people on the road—it’s part of the fun of traveling. But for Marc Smith, his meetings on the road are especially intertwined with the trip itself.

Every success and failure of the last 46 years has brought me to today.

Restless, in 2004 I quit my job and opened my own business as an event producer, with no clients and only enough financial backing for three months. Fast forward 200+ events to 2012 where I again felt stuck. I closed my company’s doors and started looking for the “next” thing.

While I looked, I decided to be a tourist in my own city for 30 days. And that project became my “next” thing. I currently travel, go on adventures, and blog full-time.

What about you is still the same despite all the career changes you’ve made?

One constant trait from my first job up until now is my ability to connect and build relationships that last beyond the moment. I have made lifelong friends at every job I’ve had, and that holds true even through every city I visit. Thanks to Twitter and Facebook, I’m able to stay connected to people I meet along my adventures.

Tell us about some of those people.

I met a couple, Tom and Salud, while on a sailing adventure in Hawaii. We were off the Napali Coast of Kauai, and I struck up a conversation with them about the views of the coastline. As we chit-chatted, they began to share their story: they were childhood sweethearts that moved on, married other people, had other lives, and children. They both wound up widowed and met again, 40 years later. They fell in love and have been inseparable since. Sounds like a movie, right?

Immediately after the trip, we connected on Facebook, and chat regularly. They even invited me to their wedding!

Tom recently had a stroke, and Salud keeps me updated on his progress. I call once a month or so at this point to check in. They both left an impression on me, and their story reminds me that it’s never too late for happiness.

My family didn’t travel much when I was growing up. We lived in Terrace, British Columbia, in a town of 12,000 people. All our vacations were camping road trips within the province. So I was inspired to see the world as an adult because I hadn’t seen it.

But there was one moment that really lit the way for how I’d travel. It was on a trip to Toronto, where I was lost while looking for a conference event I was supposed to attend. I ran into a woman looking for the same party, and I asked if I could tag along with her. We laughed all night long, and remain good friends (I’ve even visited her family in Boise, Idaho, twice!).

Putting myself out there, asking a for help, and talking to strangers is now what I do everywhere I go. It completely changes the travel experience.

When was a time you talked to stranger and it changed your trip?

Recently in New Brunswick, I was talking to a radio host about my travels and mentioned I was looking for local recommendations for the next few days. I was flooded with calls, emails, and tweets full of suggestions.

One caller offered to spend the day taking me to Deer Island and Campobello. He was a map producer and needed to make a delivery run to the islands, and figured he could show me around as well. I agreed – and it turned into an amazing trip.

We started with a ferry ride to Deer Island, and of course a cup of coffee. The whole island would take 45 minutes to circumnavigate without stops, but we stop at a kayak shop, harbor look outs, and a second-hand bookstore to deliver maps (I bought a copy of Enid Blyton’s The Famous Five – I always feel called to adventure by her books). My “guide” knew everyone, so he told me tales of their family histories and lives on the car ride between each stop.

Then we hopped a ferry to Campobello, and the whole ride was postcardesque. There were even dolphins at play as we skimmed the water. On the Island, my guide takes me Roosevelt Campobello state park, which is chock full of lighthouses plus a family owned restaurant who makes a mean lobster roll.

I enjoyed not just witnessing but experiencing the slower pace of life that living on the islands brings. And none of it would have happened without that stranger.

At this point, I’m established enough that I’m often invited by tourism boards to visit and write about my experience of their region, and they often cover some costs. I earn money through advertising packages on my website (making sure to align anything marketed to my audience). And I do some travel hacking.

What are your preferred methods of travel hacking?

I try to minimize the rewards programs I’m in. I’m collecting points with Aeroplan (I’ve gotten 100,000 in the past three years), Starwood Preferred Guest and RBC Avion. I have 7,000 points with SPG right now, and 50,000 with Avion. Between these three programs I feel I am covered should I need or want to go somewhere. I can probably cover flights, car rental and hotel stays with all these points if I needed to.

I also hit elite status last year, which is awesome. Flight upgrades, faster boarding, and access to airport lounges are great comforts to have.

Do you have any tips for how to talk to strangers while traveling?

Sit at the bar at a restaurant.

It’s more likely people are open to chatting there – it’s hard to get talking if you’re at different tables (not that I haven’t made that happen…).

When has this bar trick worked for you?

While in New Orleans for Jazz Fest, I found myself at Clancy’s for dinner. It was overwhelming, honestly – so many people and a total party atmosphere. Beside me were two women enjoying their entrees.

I leaned over, apologized for interrupting, and declared that it was my first time at the restaurant, and wanted to know if they had any menu recommendations. That broke the ice and they gave me tons of delicious suggestions. And from there we were off and running.

Toward the end of the evening, they asked where I was planning on dining the next night—and it was the same place they were going to. I got bold and asked if they wanted to join forces. And they said yes.

Where will you be talking to strangers next?

I’ve already planned to spend time in Tofino on the West Coast of Vancouver Island, Toronto, Hawaii and Coeur d’Alene in Idaho. But I’m sure there will be more.

Stay up to date with Marc at 30 Day Adventures or on Twitter @TheMarcSmith. 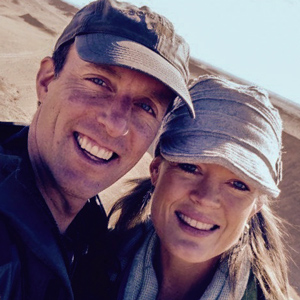 “My Car Is My Home, the Planet Is My Backyard”: On the Road with Bruno Caumette
© 2023 The Art of Non-Conformity | Site by Bytegrow Technologies