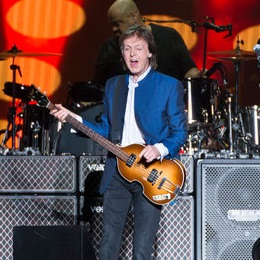 Link: Sir Paul on Fans, the Beatles, and Himself

When Paul McCartney goes on tour, he plays a lot of songs. A recent set list included 27 songs and stretched for more than three hours. People get their money’s worth, which is why they keep coming back.

You can think of yourself as an artist that seeks to challenge yourself by trying new things, and there’s nothing wrong that perspective. But there’s also nothing wrong with asking, “What do the people want?” and then thinking about how to give it to them.

From a recent Q&A in the New York Times:

“I’ve thought about that a lot. Theoretically, the philosophy is good, because, well, you’re not playing songs you’ve played a lot. But my concern is for the audience. I remember when I went to concerts, particularly when I was a kid, it was a lot of money you had to save up. So I imagine myself going to my show: Would I like to hear him play all new songs? No. I wouldn’t want to do that. I would do a smaller gig and advertise the fact up front — I’d probably call the tour “Deep Cuts” or something, so you knew it was going to be just really deep cuts that only the aficionados would know. I think if I did that, it could be quite fun.”

It’s interesting how much you think about the audience being entertained or disappointed.

“Having been one, and having spent what for me was a lot of money. And that was very much the Beatles’ philosophy. If you think about our singles, there was an A and a B side. Normally people put a bit of rubbish on the B side, but the Beatles B sides are really always good. We used to call it ‘value for money.’ Because we had all recently been those teenagers that we were now appealing to.”

It’s kind of like making blockbuster movies versus independent films. Sure, being an artist is good, but what’s wrong with a summer blockbuster?

Making people happy can be an art form of its own.

Being Able to Ask “What’s Next?” Is a Sign You Are Happy in Your Work